Undeniably fun – solo or with friends 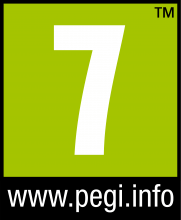 Nintendo’s take on the multiplayer shooter has long been praised, and the third entry in the series doesn’t disappoint. 'Splatoon 3' uses the same formula as its predecessors, and the gameplay loop is very familiar. But the enhancements and additions make this the definitive experience of the 'Splatoon' series.

The premise of the game is the same; you are an Inkling or Octoling with a paint gun and a mood to paint the town red… Or whatever colour your team is.

There is a full single player campaign in 'Splatoon 3' that serves as a nice tutorial for the multiplayer, as well as being extremely fun in its own right. Taking on the moniker of Agent 3, the player travels through Alterna taking on the main enemy from previous games, the Octarians.

This time around, the foe has been mutated by a strange Fuzzy Ooze, and Agent 3 must unravel the mystery behind the new goop with their little Salmonid companion, Smallfry.

If none of that makes sense to you, fear not! The main attraction of 'Splatoon 3' is the gameplay. The story levels each have different tasks for completion, and different loadouts and approaches to aid the player in reaching the end. From covering an Easter Island head entirely in paint, to fast-paced, on-rails sections, the variety in levels is exemplary.

Players gain Power Eggs for beating levels, and this currency can be found in boxes and pickups within these levels, and in the hub worlds, called Sites, that connect them. Power Eggs are then spent on removing large chunks of the Fuzzy Ooze, allowing players to progress to the next Site.

The boss battles in the game are nicely balanced, threading the fine line between challenging and manageable, and make sure that you’ve been levelling up your equipment and skills to tackle the hurdle.

Throughout the campaign, different levels give different weapons in order to complete a challenge. This is the perfect lesson in  how to use those weapons when it comes to the real meat and potatoes of the game: the multiplayer.

While there are a throng of game modes to choose from, a new player in 'Splatoon 3' is limited to the main mode, Turf War. As you play your first few games and level up your rank, more options open up to you such as purchasing new weapons and clothing, decorating your locker, and participating in new game modes. However, if you import your save from 'Splatoon 2', you can unlock these from the get go.

One of these modes is the immensely fun Salmon Run. Unlocked at Level 4, this horde-style PVE mode sees you team up with three other teammates against waves of Salmonids, with plenty of bosses to add to the challenge.

On particularly good win streaks, an extra round is added at the end against a kaiju Salmonid that proves particularly tough. Weapons are randomised in this game mode, so you can't just depend on your old reliable - it's get good or go home!

PVP modes beyond Turf War are locked until you reach rank 10. The reasons for limiting these may be for players to get a grasp of the core gameplay before diving into the more complicated mechanics of games like Tower Control or Rainmaker. But it removes choice, and forces players to repeat the same gameplay until they level up high enough.

When you finally do unlock these other modes, you can't freely choose between them. The servers cycle between game modes every couple of hours, so if you aren't a fan of what's on offer, you're out of luck. Either suck it up and play the mode anyway, wait a few hours for a better mode to be available, or go back and play even more of the base game mode, Turf War.

Thankfully, Turf War is a blast.

The objective is to cover as much of the map in your team's colour, and control the majority by the end of the round. It is frantic chaos that never lets up, and it's where 'Splatoon 3' really shines.

Matchmaking is incredibly quick, and you'll often be whisked away to a full match before you can even avail of the training grounds. Gone are the static matchmaking screens and in its place is a practice area with moving targets for you to hone your skills. The short waiting times paired with non-stop gameplay is incredibly engaging, and the hours can slip away in a flash.

Unfortunately, split-screen multiplayer is notably absent from 'Splatoon 3', as it has been for the two previous titles. While it seems like it would be the perfect party game for a few local matches with mates, players would need a Nintendo Switch each to jump into a game together.

'Splatoon 3' does have some other small offerings to break up all of the splattering you'll be doing. At Level 4, you gain access to the Locker Room where you can use items found in the Single Player campaign and bought in a Store to decorate your very own locker.

While it's no 'Unpacking', it's a nice way to spend some downtime and gives your heart a chance to stop punching the inside of your rib cage after a particularly close match.

Another option is the new Tableturf Battles; a card-based, one-on-one version of Turf War. Players find cards throughout the game that can be added to their deck.

Tableturf Battles have their own ranking system, but can only be played offline against AI. There have been no announcements as to whether or not this will become an online mode in the future.

'Splatoon 3' is the best game of the series so far. There is a ton of content at launch for lovers of single and multiplayer modes, and a promise of much more to be added for years to come. 'Splatoon' games have always had a uniqueness to them when compared to other shooter games, and 'Splatoon 3' recaptures that charm all over again.