Tickets will go on sale Friday

The legendary Stevie Wonder is set to play Dublin's 3Arena this summer.

Tickets start from €99.50 including booking and facility fees, and will go on sale this Friday, April 12th at 9am from usual outlets. 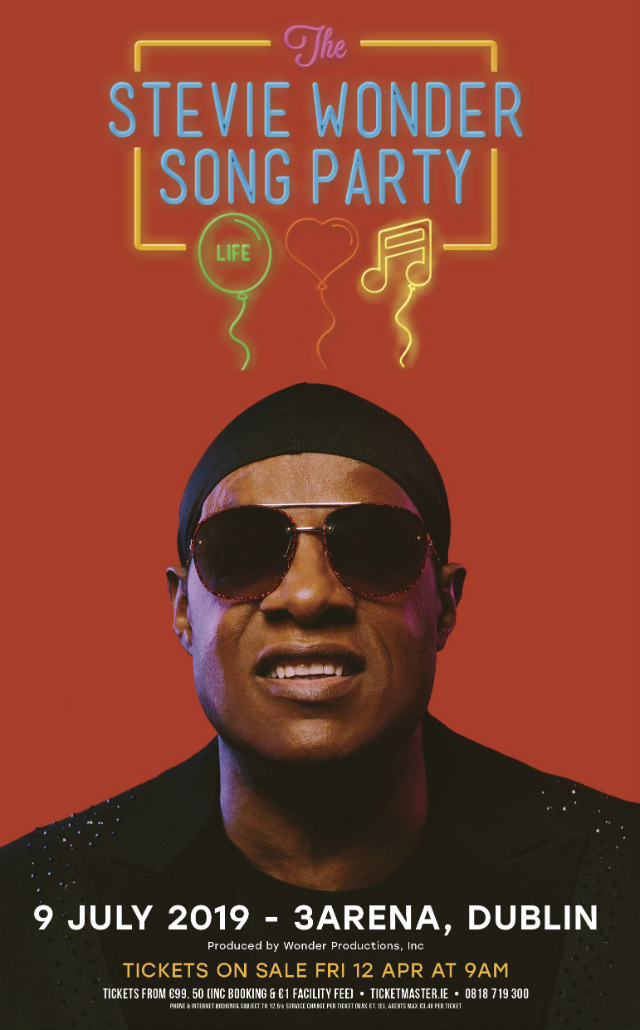 The youngest recording artist to have achieved a #1 single at the age of 12, Stevie Wonder is one of the most celebrated and prominent figures in popular music.

To date he has amassed 49 Top Forty singles, 32 #1 singles and worldwide sales of over 100 million units. Not only that, but he's won 25 Grammy Awards, the Grammy Lifetime Achievement Award, a Golden Globe, and an Academy Award. Not forgetting his role as an activist also, he spearheaded Martin Luther King Day as a national holiday in the USA.

Wonder's latest album 'A Time To Love' was released in 2005. Here's the title track from the album, featuring Paul McCartney on guitar.

'Drag Race' fans, there will be some drag royalty in town next week