Preview: 'Motown The Musical' is sure to be a hit with lovers of Motown Music

'Motown The Musical' is based on Berry Gordy's autobiography 'To Be Loved: The Music, the Magic, the Memories of Motown' and Gordy, the man who launched the careers of many Motown singers, is the focal point of the story. Gordy, with just $800 borrowed from his family, founded his record label Motown Records and it was here that he discovered greats like Diana Ross, Stevie Wonder, Smokey Robinson, and Marvin Gaye. We even get to see Michael Jackson and The Jackson 5 as 'Motown the Musical' uncovers the true story of the legendary record label that changed music history and created the soundtrack of a generation.

The musical, also written by Gordy, had its world premiere on Broadway in New York in April 2013. It features a catalogue of over 60 Motown classics in one sitting, moving swiftly from one song to the next, from 'Ain’t No Mountain High Enough' to 'Stop! In The Name Of Love' and 'My Girl' and everything in between. Take it from us, you'll find it hard to keep still in your seat.

What's more, you won't just hear the songs being sung, you'll find out the true stories behind them. As well as all of this, 'Motown' also pays tribute to the turbulent events that occurred during Motown's creation in America. 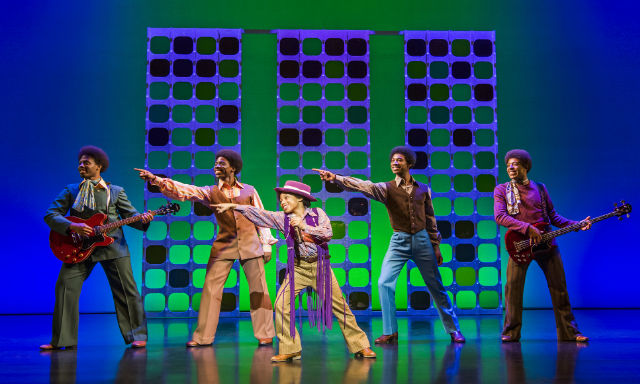 The Jackson 5 in 'Motown The Musical'

'Motown' producer, Adam Spiegel, has been involved with many productions in London's West End over the years, including 'Hairspray' and 'Sister Act'. Spiegel had been working closely with Gordy to get its London run off the ground, and has also worked closely with the record producer for the musical's touring cast, who Dublin will see on stage in February.

When asked why Irish audiences should go and see 'Motown', Spiegel says: "It's a unique opportunity to hear from the man who created Motown Records. There were lots of Motown imitations; this is the story told by the man who was responsible for it. If you want to know Berry Gordy's story, this is the way to find it out.

"This is a musical that tells the story of the creation of music. Music occupies a very different role [in 'Motown'], because these people are performing the songs as they would have performed them [back then]."

'Motown The Musical' runs for three weeks in Dublin's Bord Gais Energy Theatre, from 5th to 23rd February 2019. Tickets are on sale now.