With support from Doves, DMA’S, and Blossoms.

Tickets go on sale this Thursday, 6th December at 9am. Tickets are priced at €49.90 including booking fee.

The support acts that have been announced are Doves, DMA’S, and Blossoms. 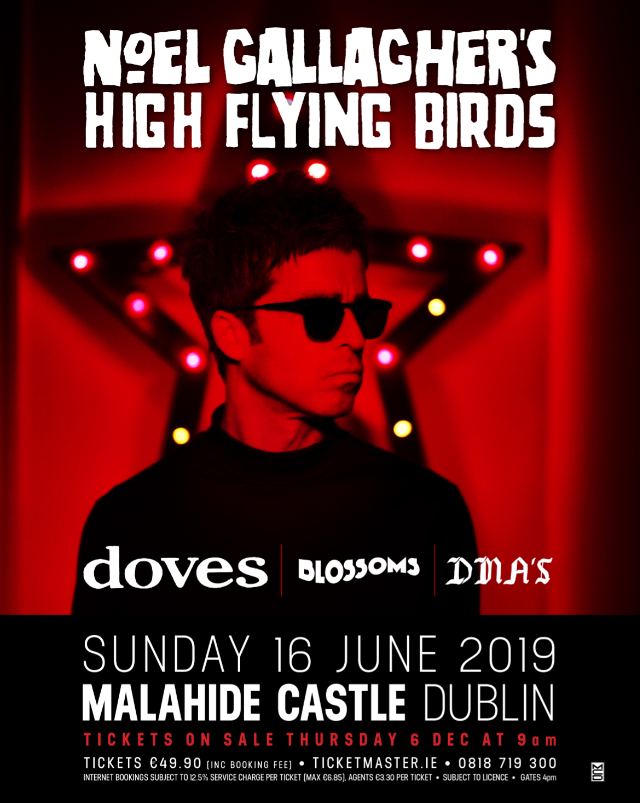 The poster for the band's Malahide Castle gig next June

Given that Noel Gallagher will be in Ireland in June of next year - will we see him and his brother Liam return the following year for Slane 2020? Rumours have been wild over the past few months, but nothing has been confirmed, and probably won't be for a few more arduous months unfortunately.

Here's the band performing in their music video for 'Holy Mountain'.