MØ will headline The Mother Pride Block Party this June

The Mother Pride Block Party has announced their line-up for this year's summer event.

Danish singer MØ has been announced as the headliner, and she will be joined by Daithí, Pillow Queens, Patti Bliss, Paul Ryder, Kelly-Anne Byrne, and Mother DJs. The full line-up can bee seen in the poster below. 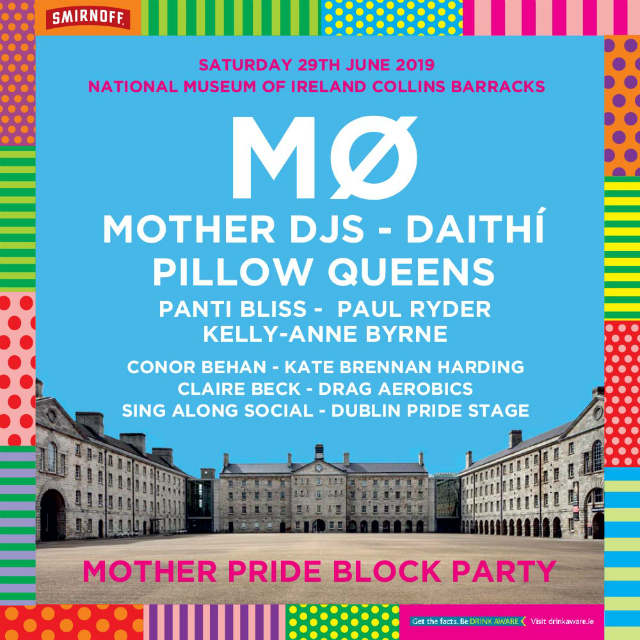 Mother Pride Block Party will be taking place outdoors this year at The National Museum of Ireland, Collins Barracks.

This historic venue will play host to the biggest Pride Block Party the festival has ever put on. There will be two areas, two stages, food stalls, art installations, and tonnes of fun.

Tickets are on sale now from Eventbrite.ie, and general tickets can be purchased for €30.