Jessie Buckley will be Live at Whelan's this June

The actress will be singing songs from the 'Wild Rose' soundtrack

Irish actress and singer Jessie Buckley will be performing songs from the 'Wild Rose' soundtrack for the first time in Dublin.

Tickets for the night will be €20.00 inclusive of booking fee, and will go on sale this Friday, April 26th at 9am from Ticketmaster.ie and usual outlets nationwide. 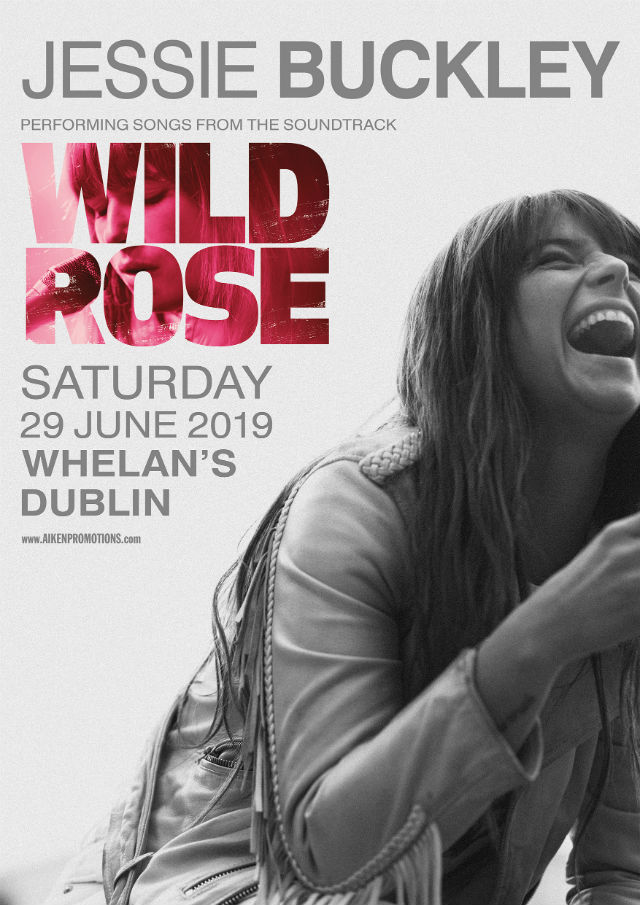 'Wild Rose' was released earlier this month, and saw Buckley play Rose-Lynn who had dreams of becoming a country music star. We gave the movie four stars, saying that Buckley "has an absolutely mesmerising screen presence and it is impossible to imagine the character being played by anyone else."

The next screen adventures for Buckley will be co-starring alongside Renee Zellweger in the Judy garland biopic 'Judy', and alongside Robert Downey Jr. in 'Doctor Doolittle' remake 'The Voyage Of Doctor Dolittle'.