All The Food's Lisa Cope gives Host the once over

Host was opened in September 2017 by partners Chloe Kearney (front of house) and Niall McDermott (head chef) after 10 years working in London, and the residents of Ranelagh rejoiced to have another quality looking restaurant on their door step, with a definite London feel. Initial reviews were mostly very positive, with Catherine Cleary calling it "a shiny new star", and Katy McGuinness calling the pumpkin capellacci "a magnificent dish", and pretty soon it was difficult to get a table. 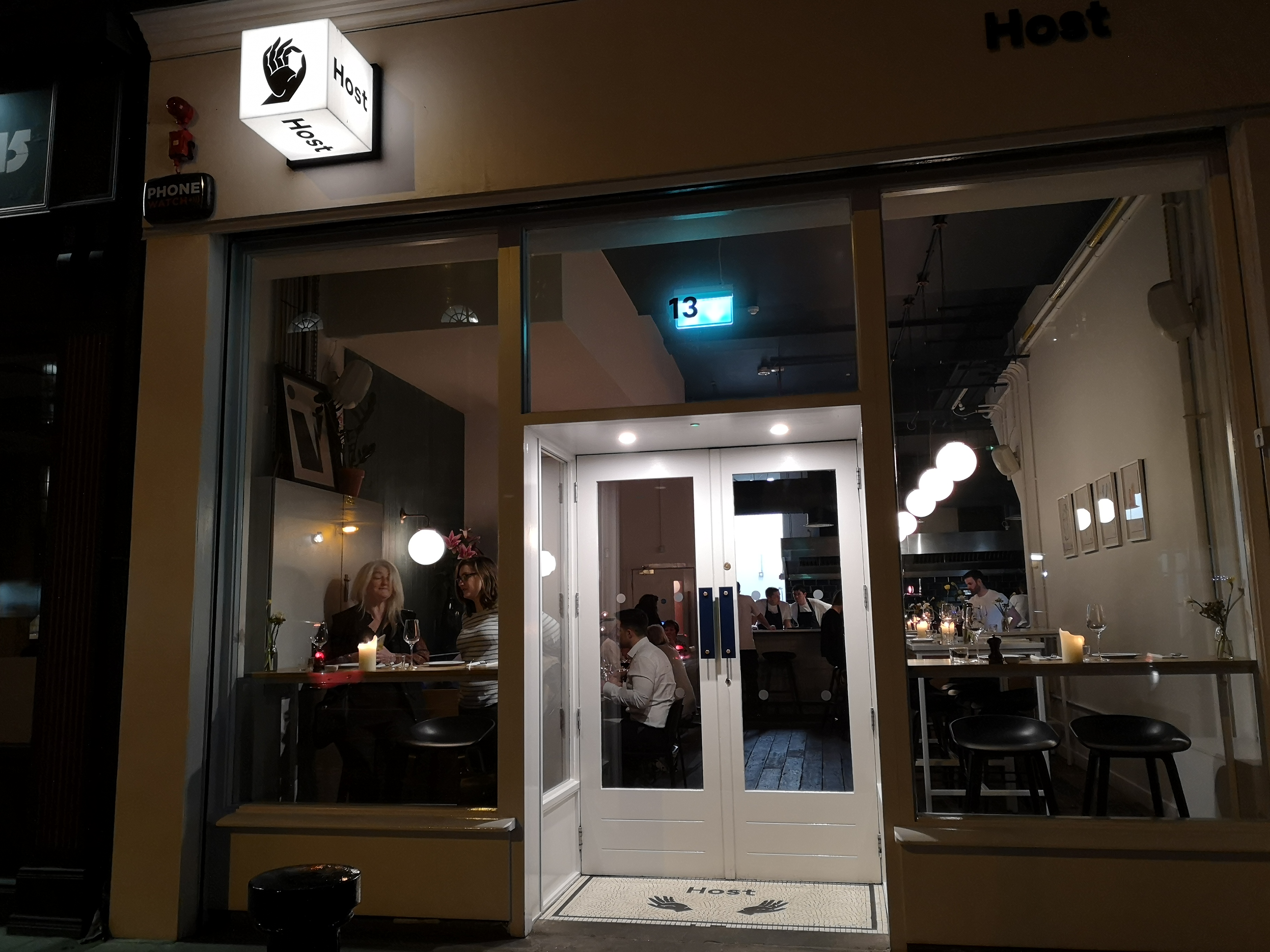 Fast forward 18 months and Host is as popular as ever. You'd still want to give plenty of notice to get a weekend table, and every time we ask our followers what their favourite restaurants are, Host is mentioned again and again. It's not often we see somewhere with such a loud, loyal following, so that alone rocketed it to the top of our 'must-eat-in' list (it's a long one). 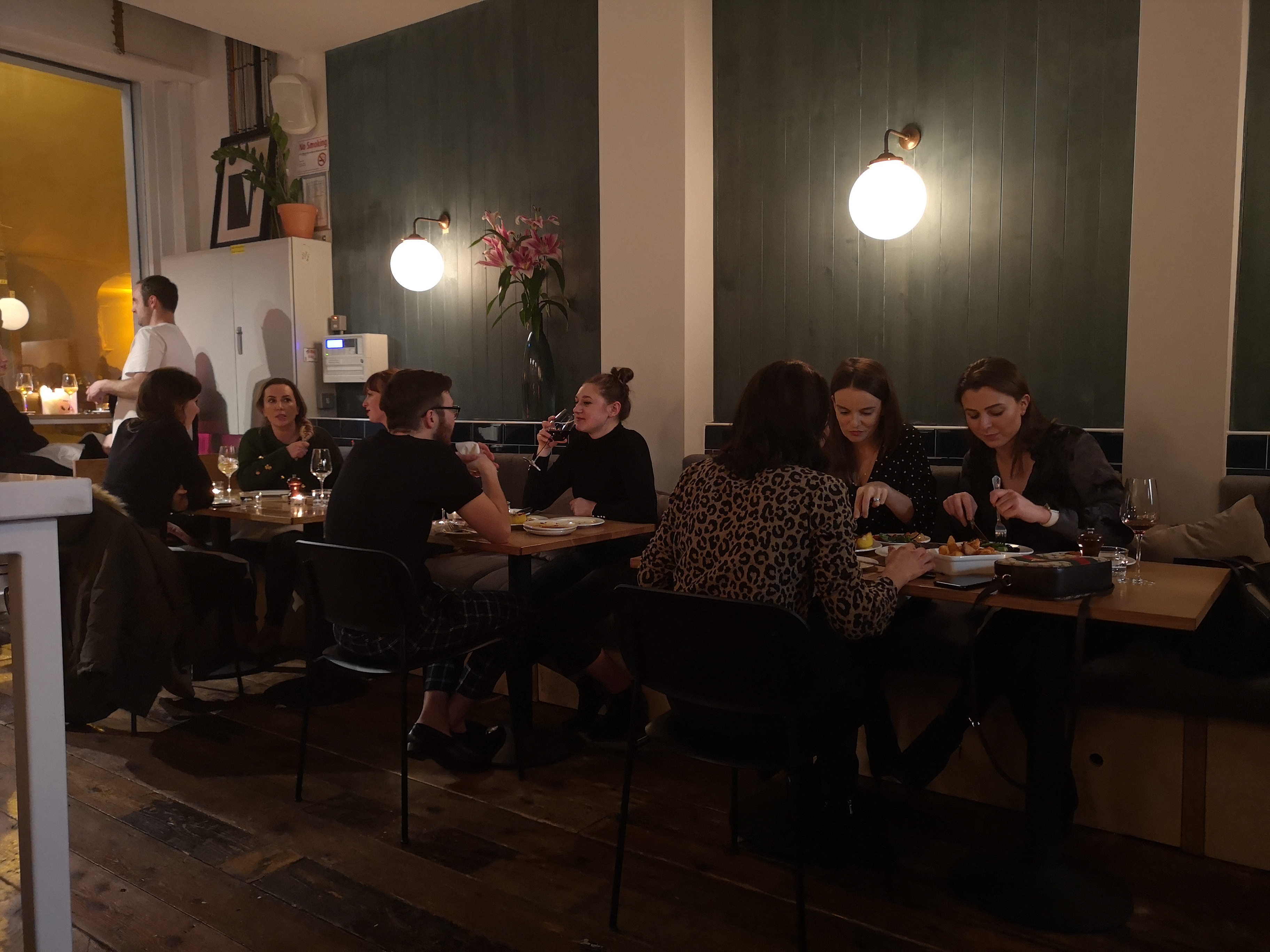 Ranelagh has loads of good drinking options. The Exchequer Wine Bar is a few doors down for wine or good cocktails, The Taphouse is a two minute walk away and has an enormous selection of beers on draught and in bottle, and there's always McSorley's for a bit of nostalgia if you had a tendency to hang out in Ranelagh in your twenties because it was so much posher than town (just us?).

Once again you have quite the array of options. For twos we'd advise sitting at the counter, having the chats with the lovely staff and getting a proper look at the open kitchen. If you're after a bit more intimacy and/or hand-holding, the standard tables will do the job. Otherwise there are high tables, or seats in the window if you'd rather look outside than into your dinner companion's eyes. 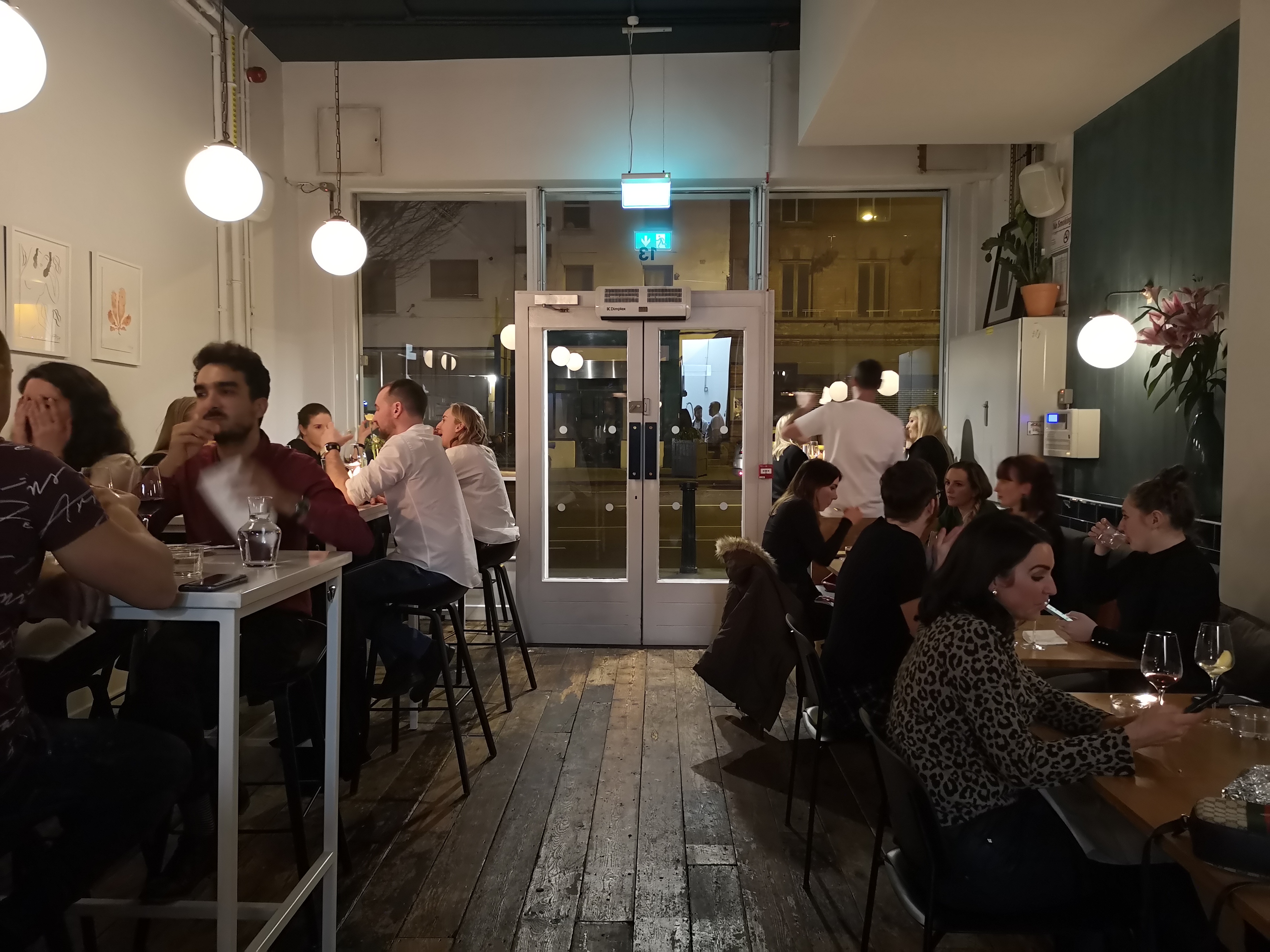 Short menus where everything appeals are fast becoming our firm favourites. Host has that, but goes one better by offering a chef's menu for two with what seems like most of the main menu (except the mains where you just choose one) on there. They also tell you exactly what you'll be getting so you can make an informed decision. No messing around. It's also better value than if you ordered everything separately. Job done. 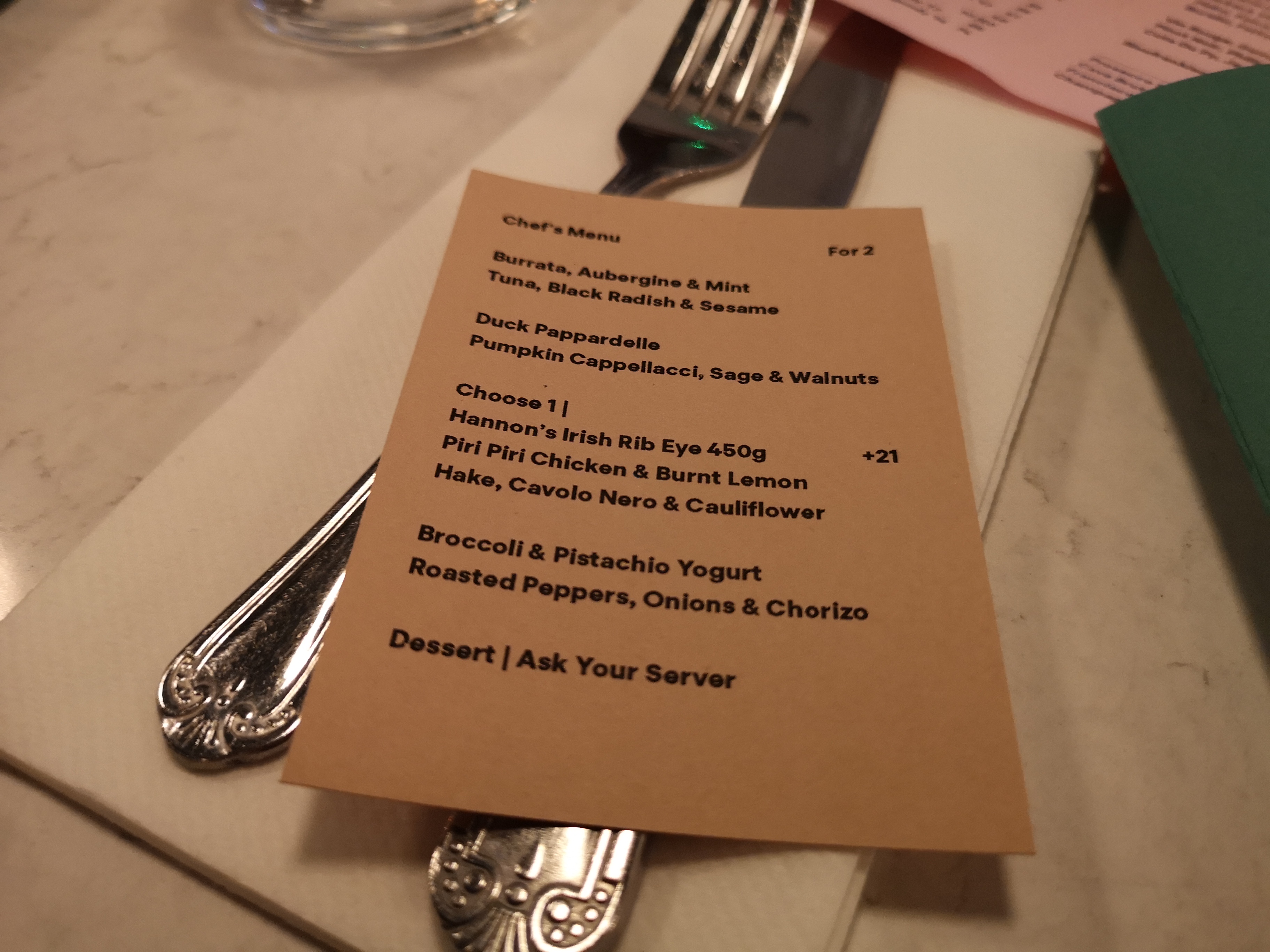 Homemade focaccia to start comes with bright green, grassy olive oil, and oozing, creamy burrata on a bed of smokey aubergine with fresh mint leaves on top and more excellent olive oil at the bottom. Save some bread for moppage. 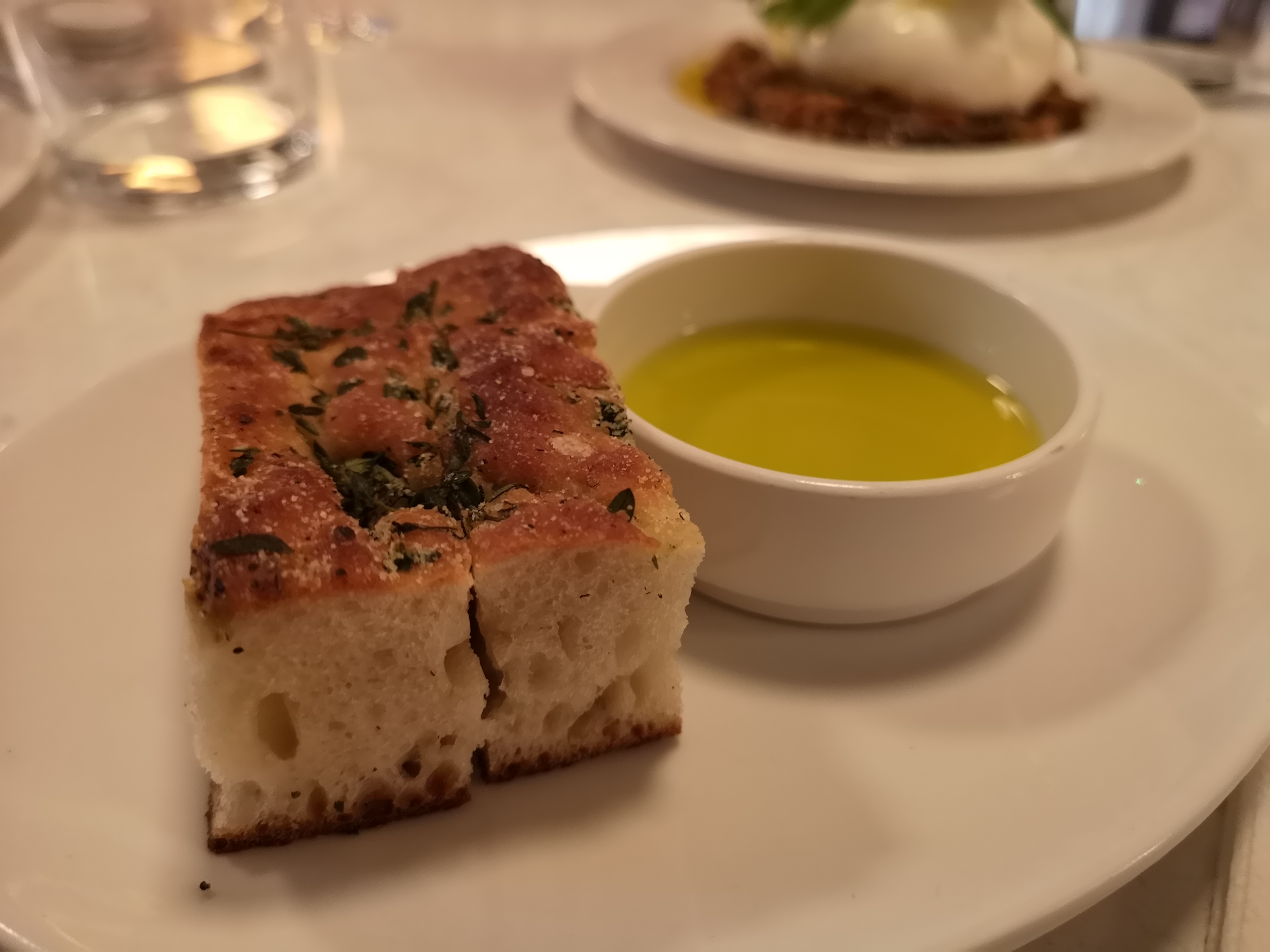 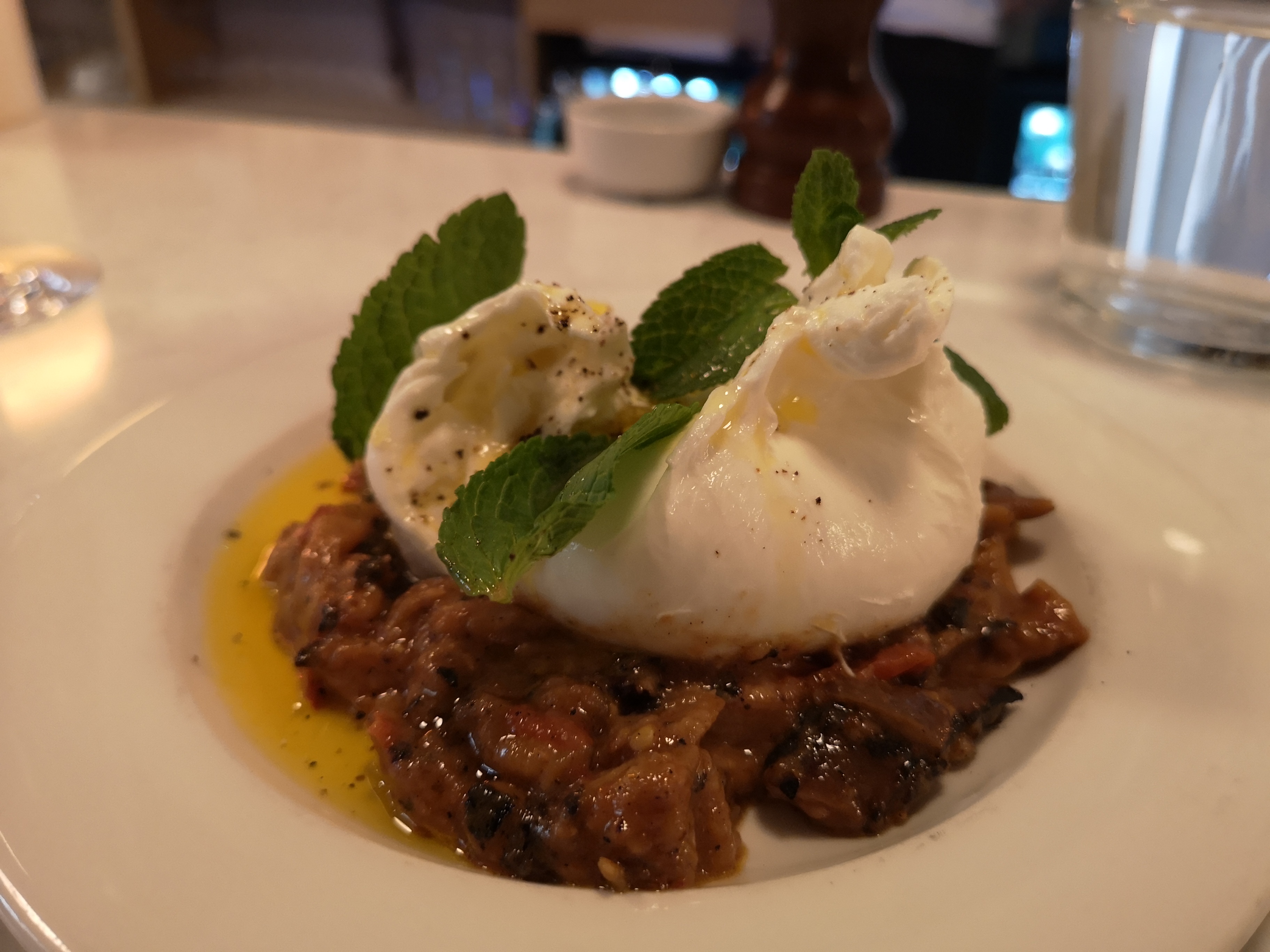 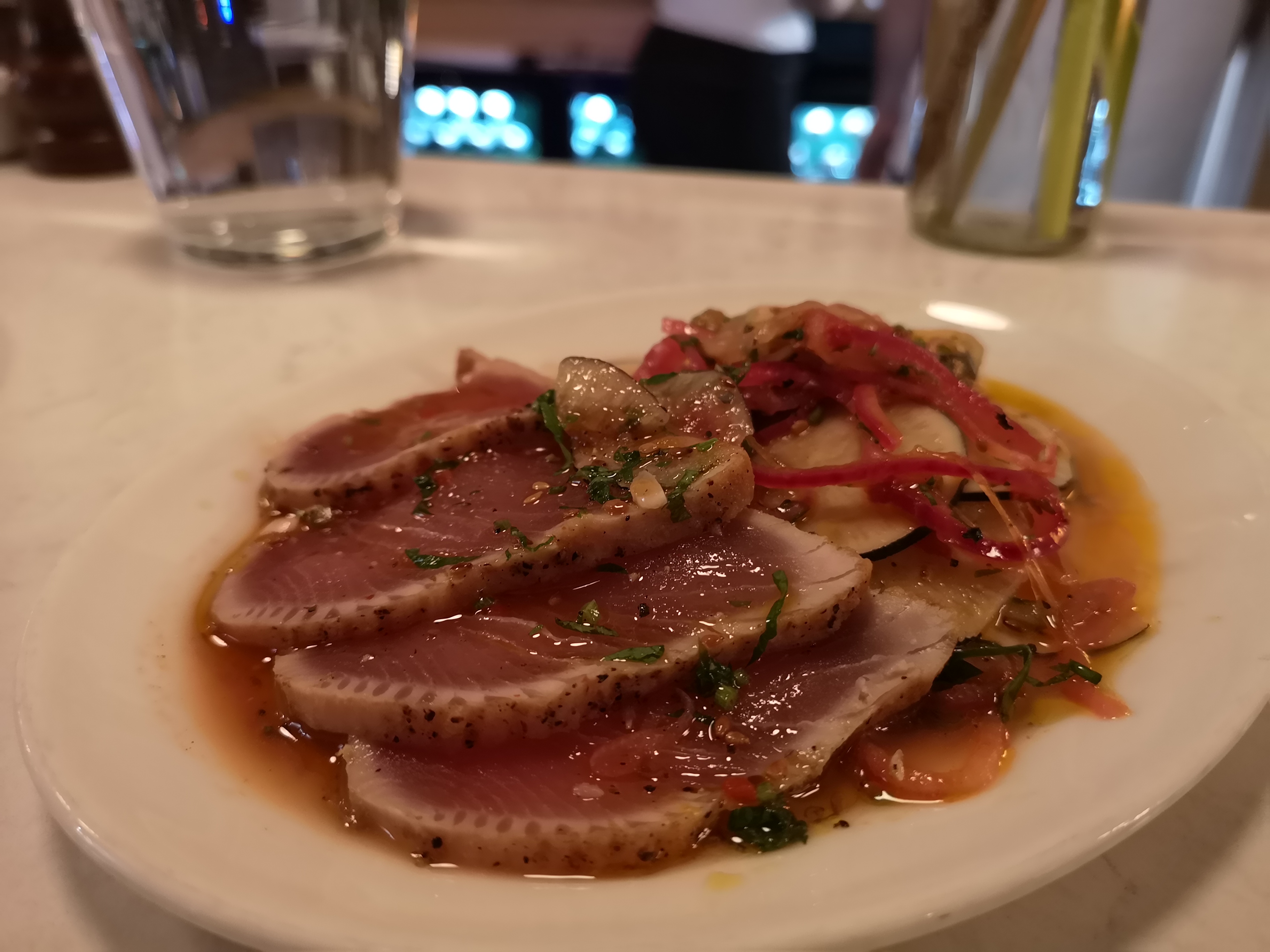 Both homemade pastas we tried were standout, and if we lived around here, dropping in regularly for a plate of pasta and a glass of wine after work would be way too tempting. Duck papardelle came with the richest ragu, the type that tasted like it had started cooking 36 hours earlier. Pumpkin Cappellacci with sage and walnuts was so naturally sweet it was almost caramel like, the bite from the walnuts and the scent of the sage taking things to another level. It hasn't become their signature dish for nothing. 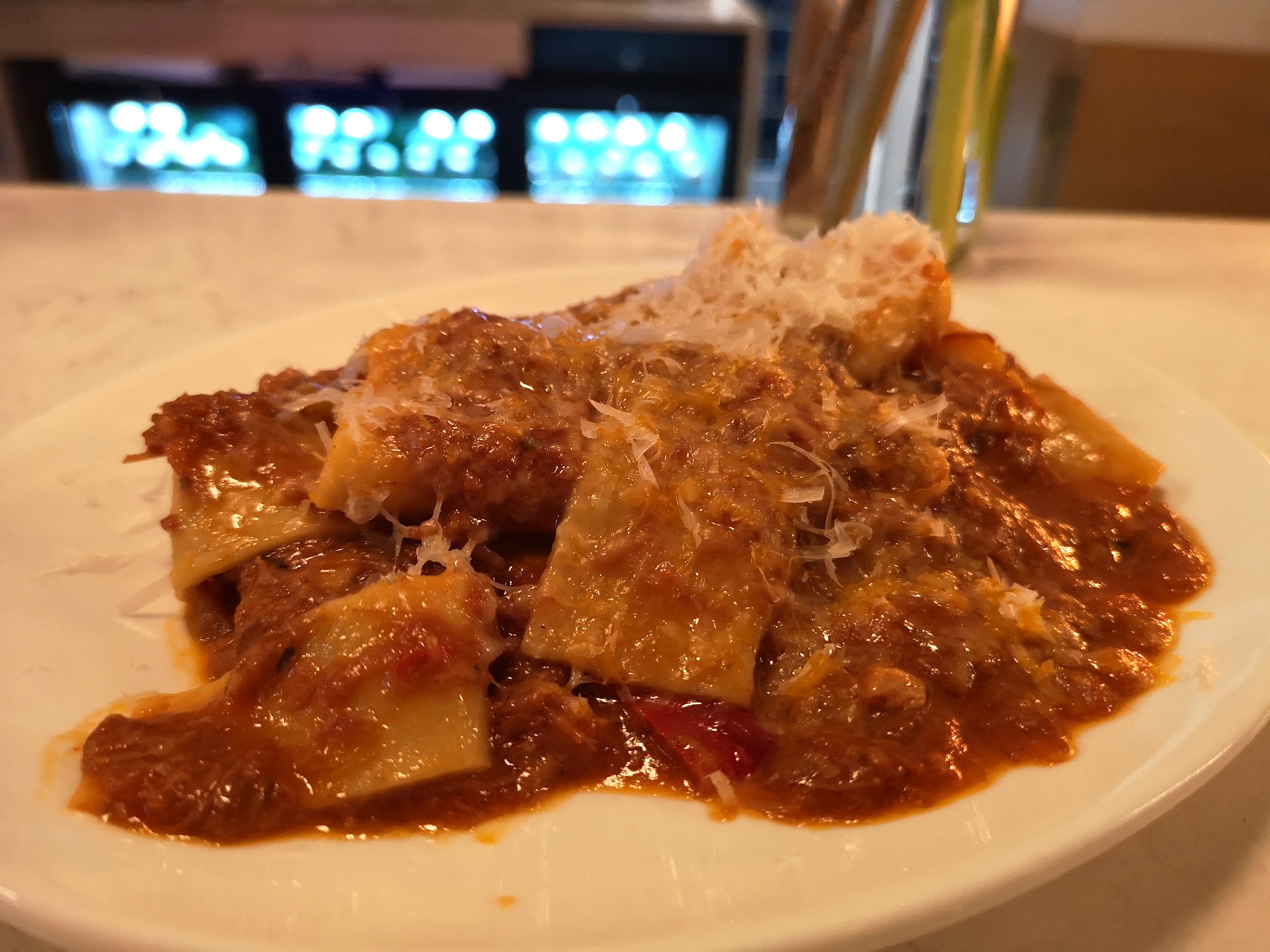 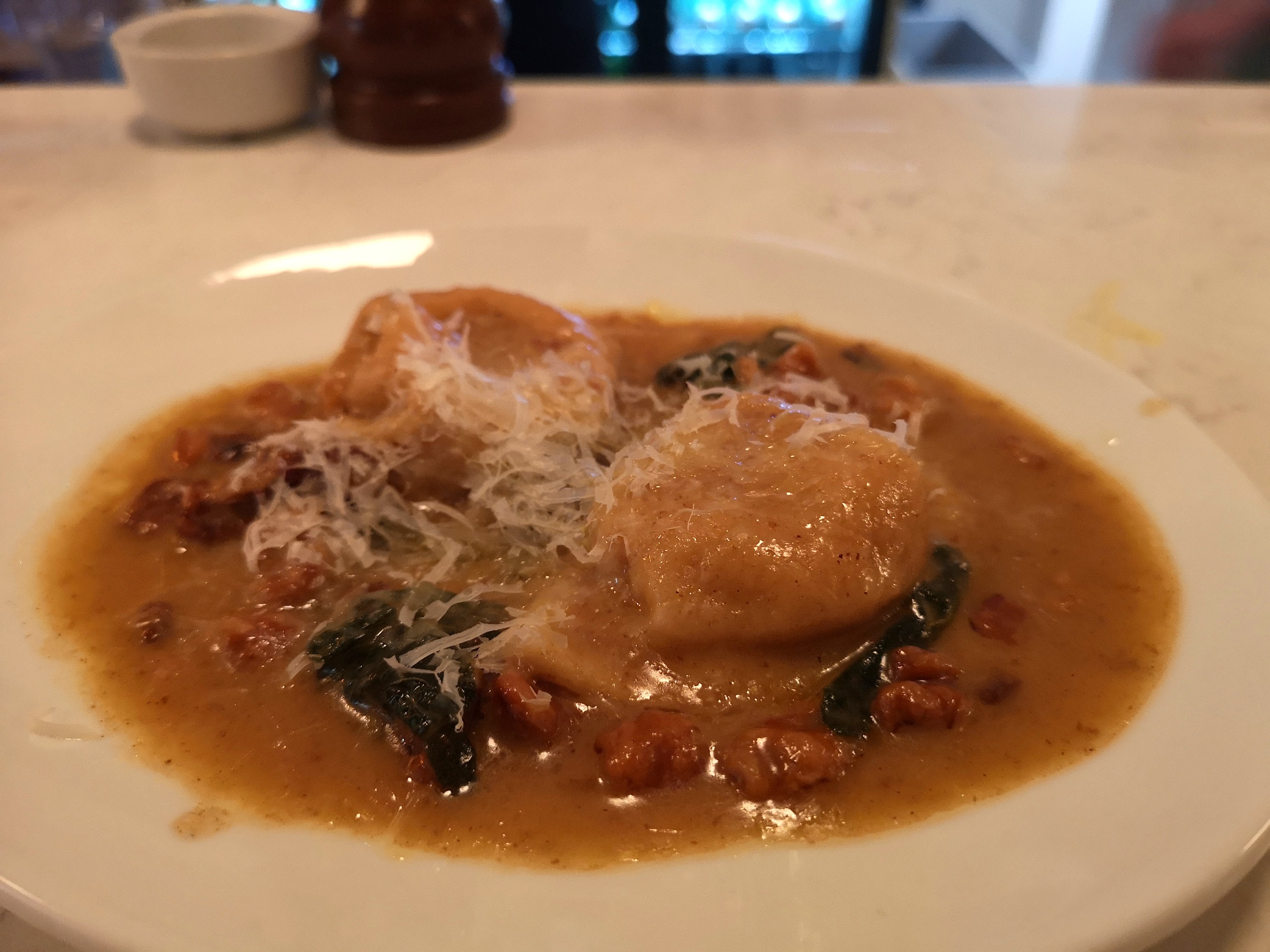 For the main event there was a choice between Piri Piri chicken, Hake or Rib Eye, and after hearing so many people talk about the steak it had to be that, even with the €21 supplement, and it was an excellent piece of meat from Peter Hannan, perfectly seasoned. Bonus points for not asking us how we wanted it cooked - there's only one way with a steak like this. Our only complaint is that we would have liked some kind of sauce with it - maybe we're too married to the bearnaise at Etto. 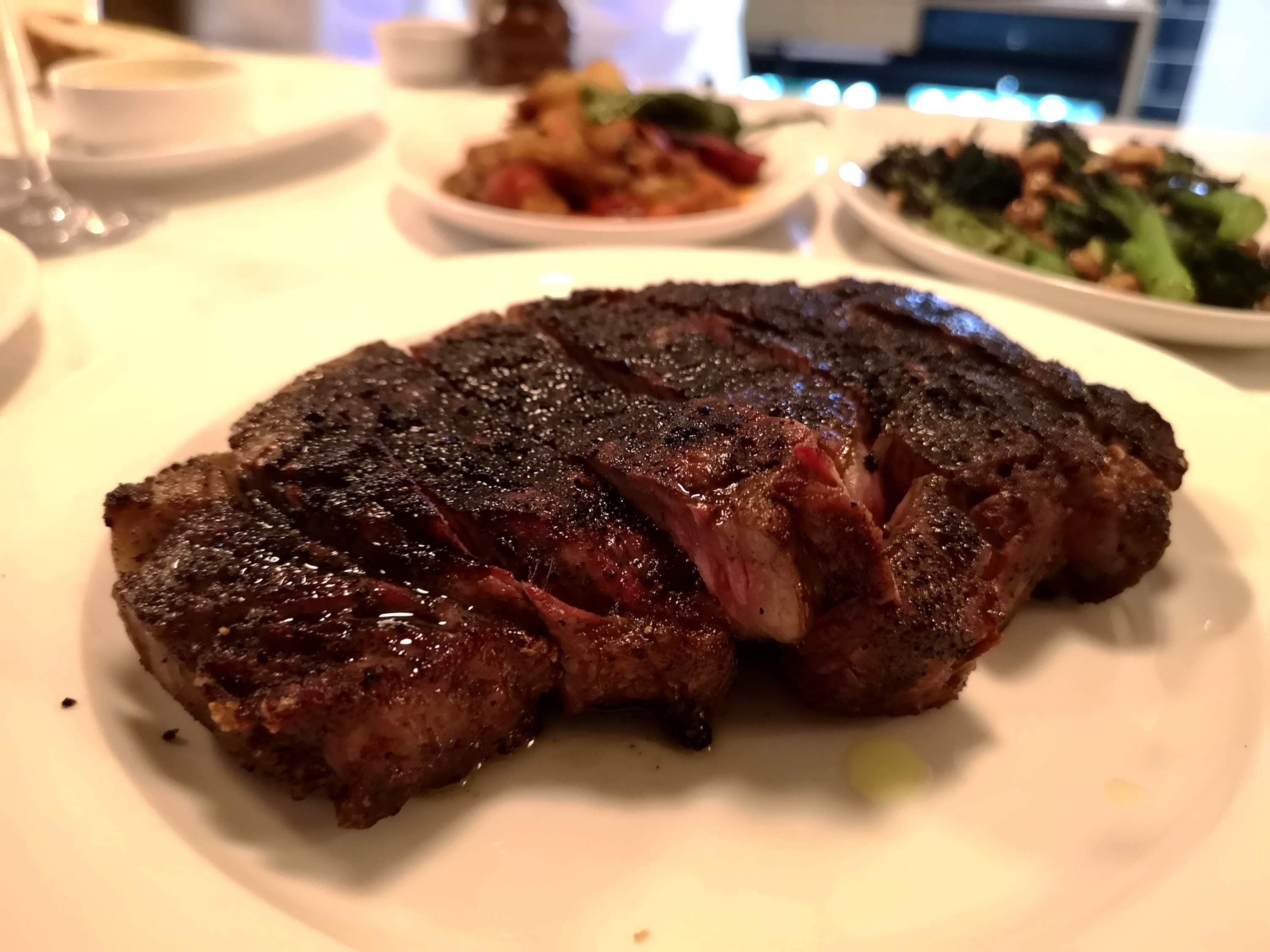 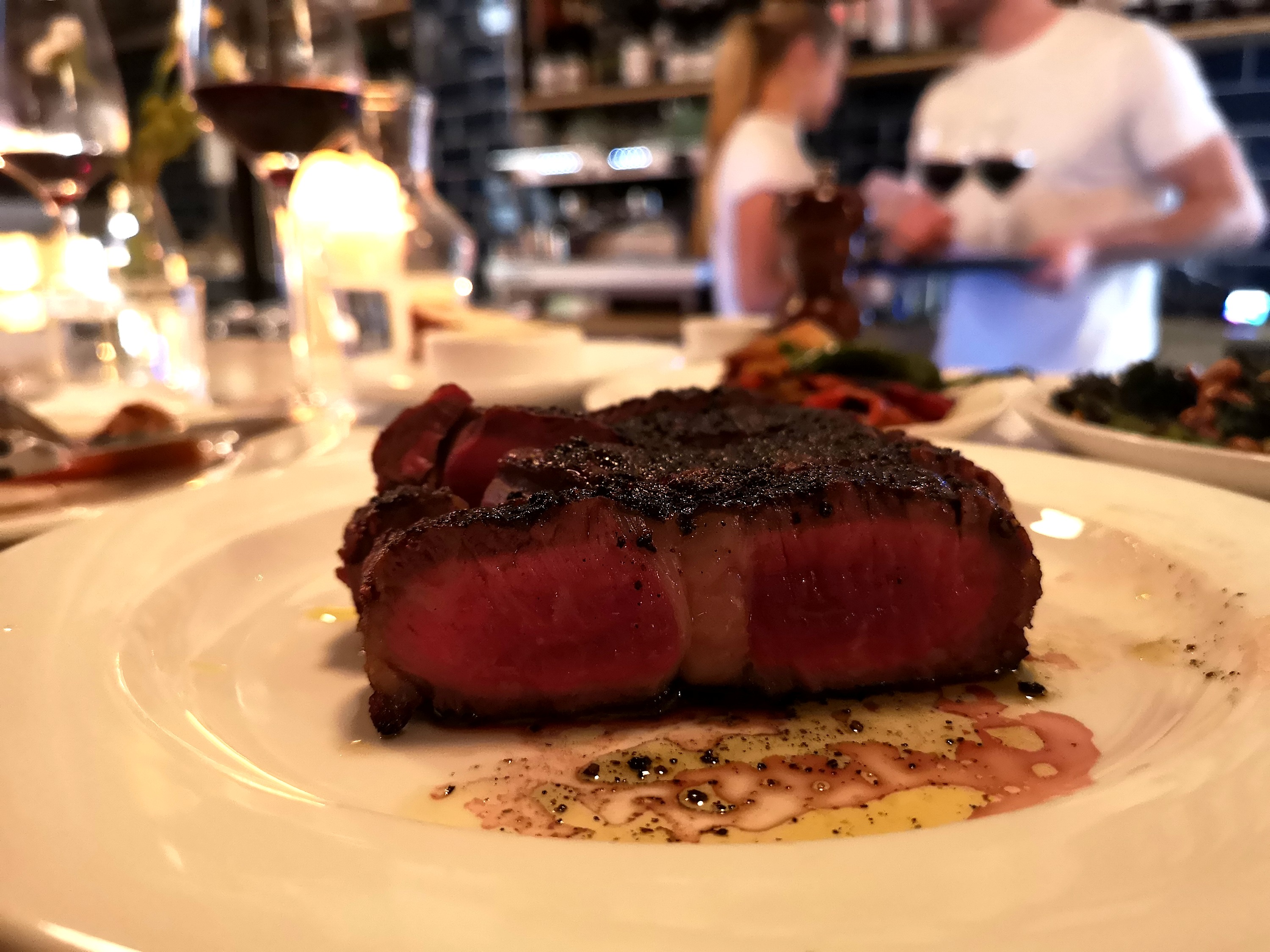 A side of charred broccoli with pistachio yoghurt and hazelnuts was good enough to order as a veggie main, and another of roasted peppers, onions and chorizo was also good with a nice tang, but we could have done without more meat on the side of meat. Could definitely see the appeal with the hake. 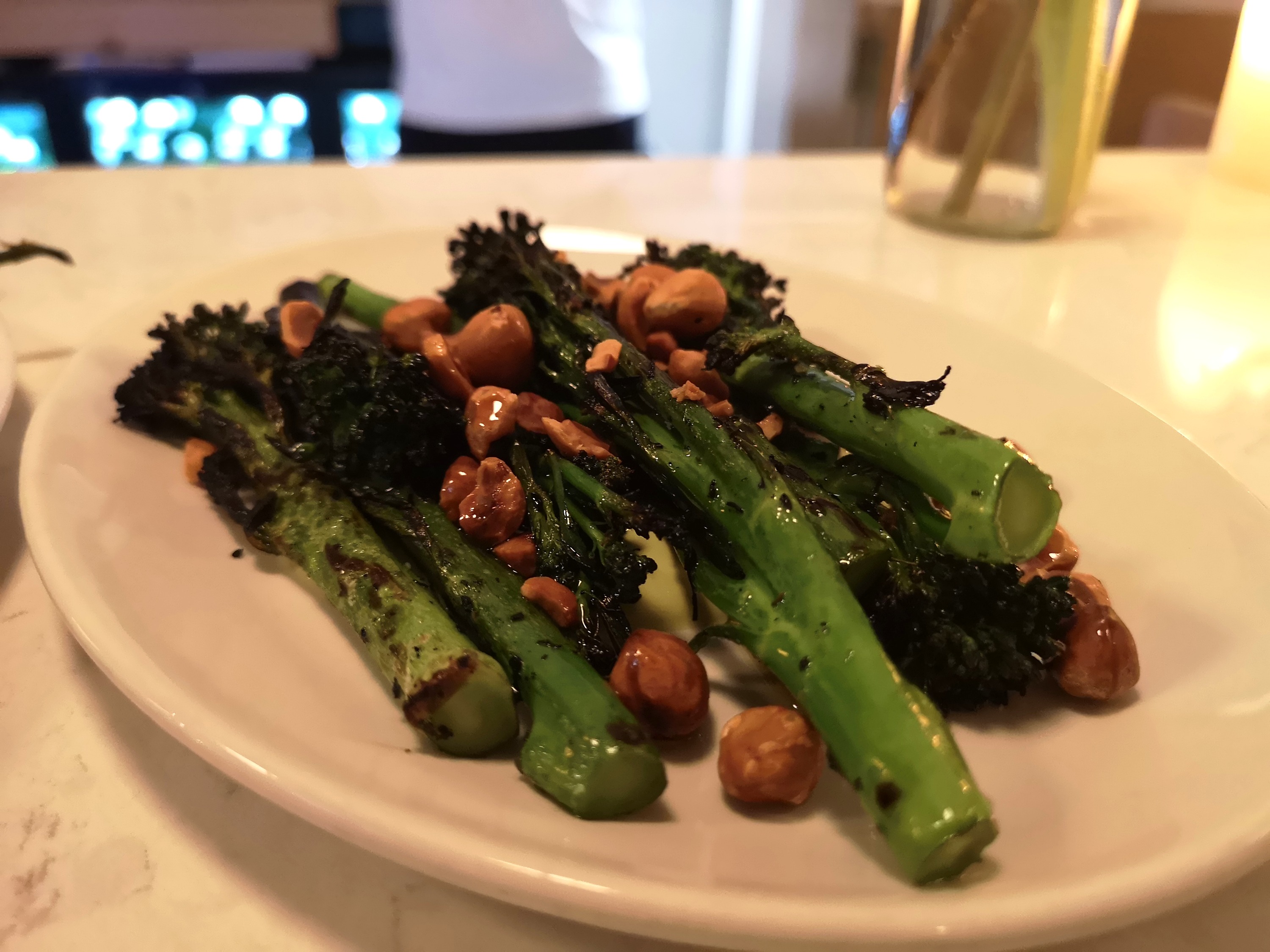 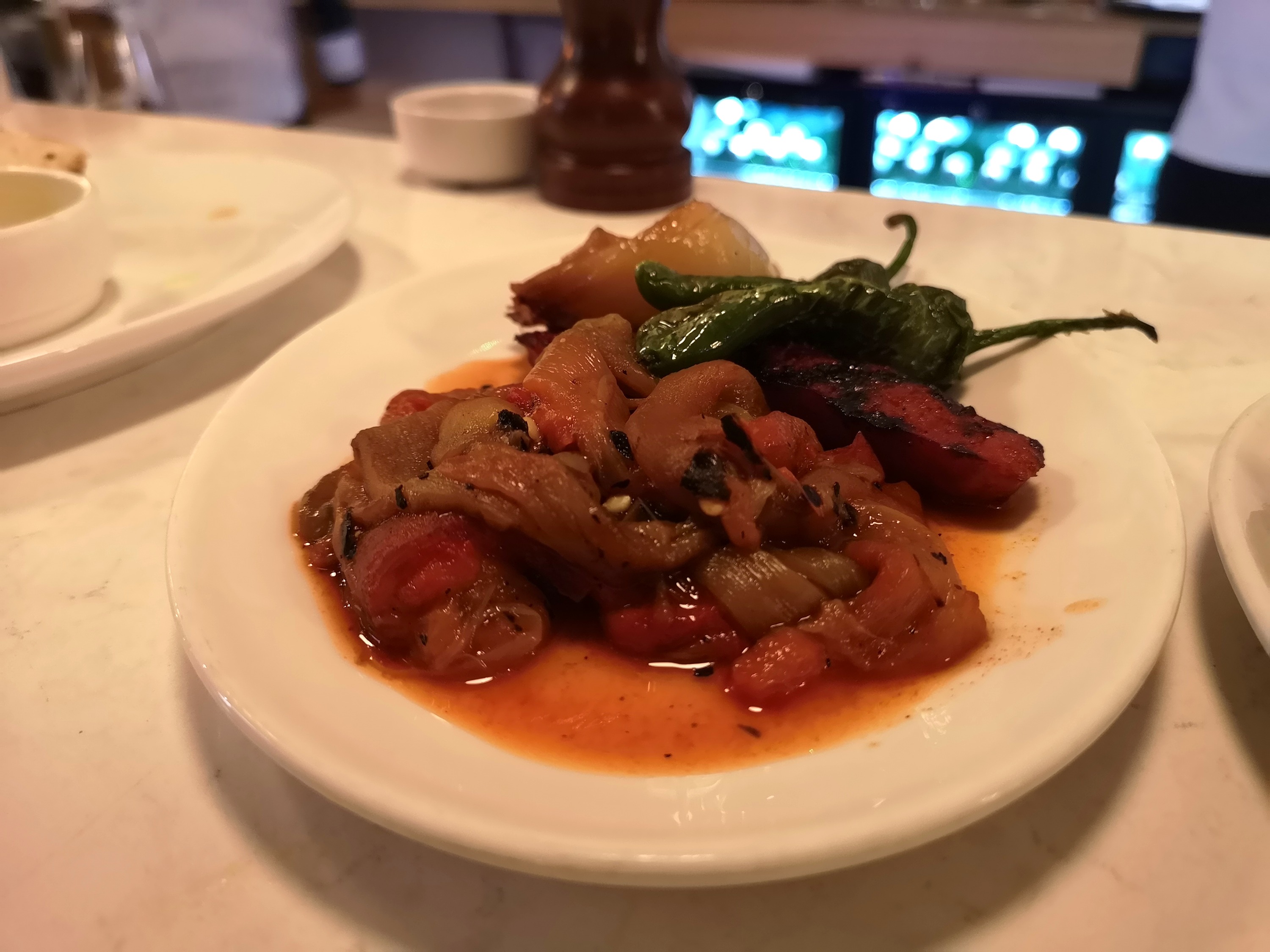 Dessert was burnt ricotta cheesecake and it was a simple, seasonal, not too sweet end to a meal full of colour and interest. The only major thing we felt was lacking is more provenance information on the menus, as apart from the steak we didn't know where any of the meat, fish or vegetables were coming from, and as nice as the staff were, it's always uncomfortable giving someone the third degree about their food sourcing. 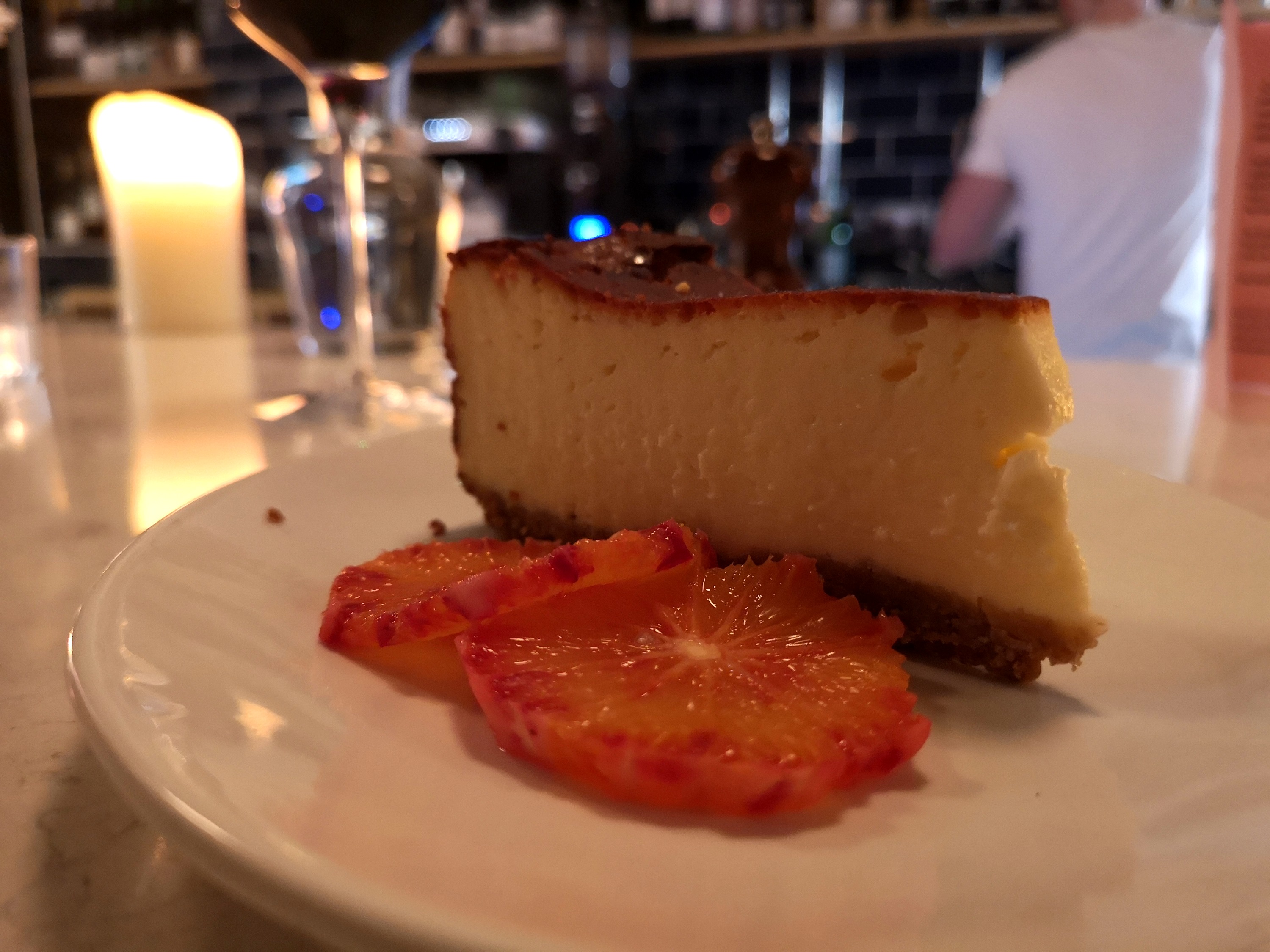 The wine list is exactly the type of esoteric, natural focused list we love. There's a really nice selection of bottles, but we would have liked to see more than four whites and four reds by the glass (although we enjoyed everything we had), and anything other than prosecco for sparkling - it just feels jarring in a place where everything else is so slick and sophisticated. To be fair they said they've tried them and they haven't sold, so please people, whenever you see crémant, cava or Champagne by the glass, order it. You're doing the wine lovers of the city a public service. 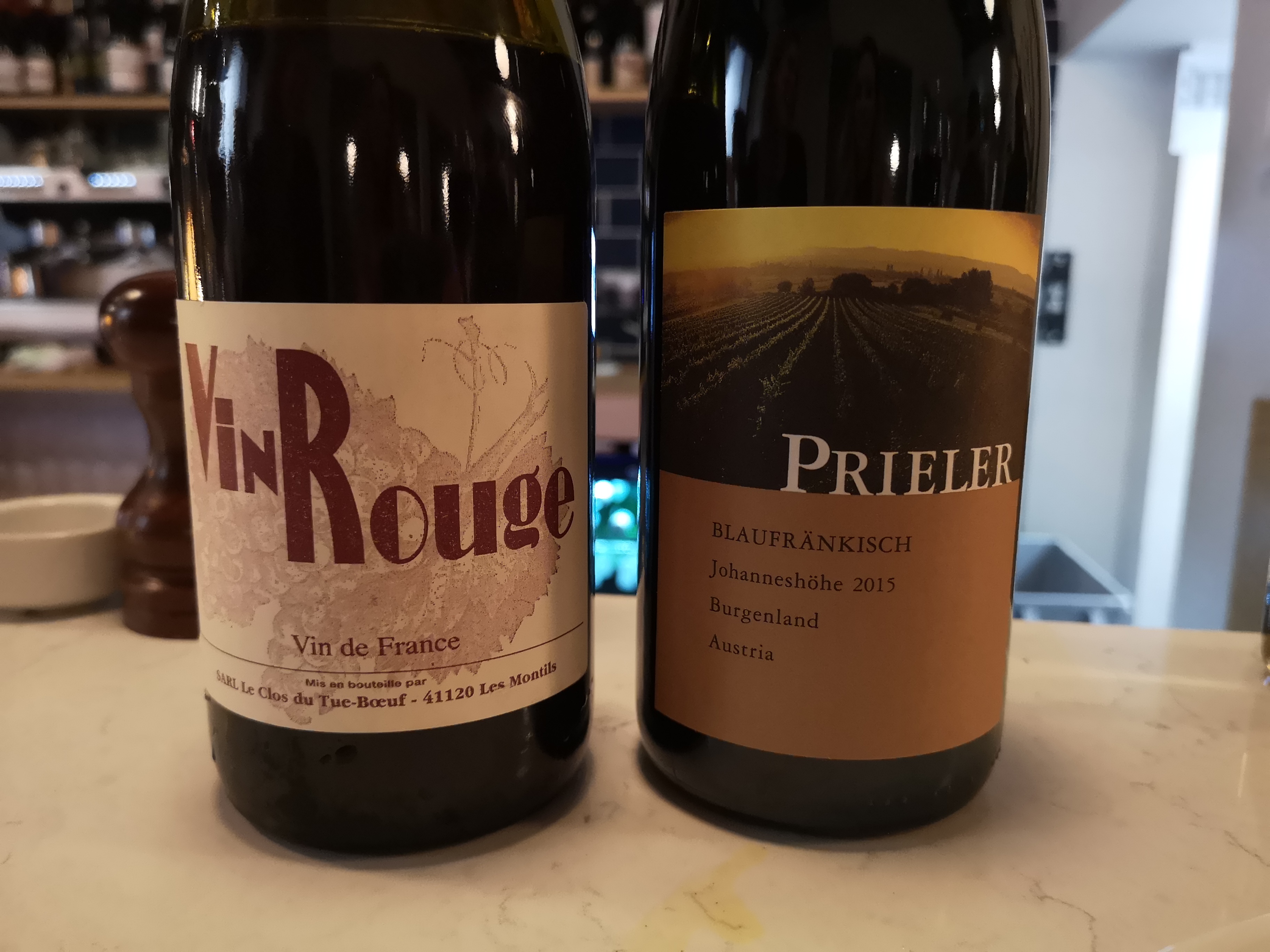 Everyone was super charming and helpful and the food came at a really nice pace. They also asked us a couple of times if we were ready for the next dishes, which is a really nice touch that we don't see enough of, ensuring guests are having the experience they want. They also seemed really laid back yet in control - the best combination. 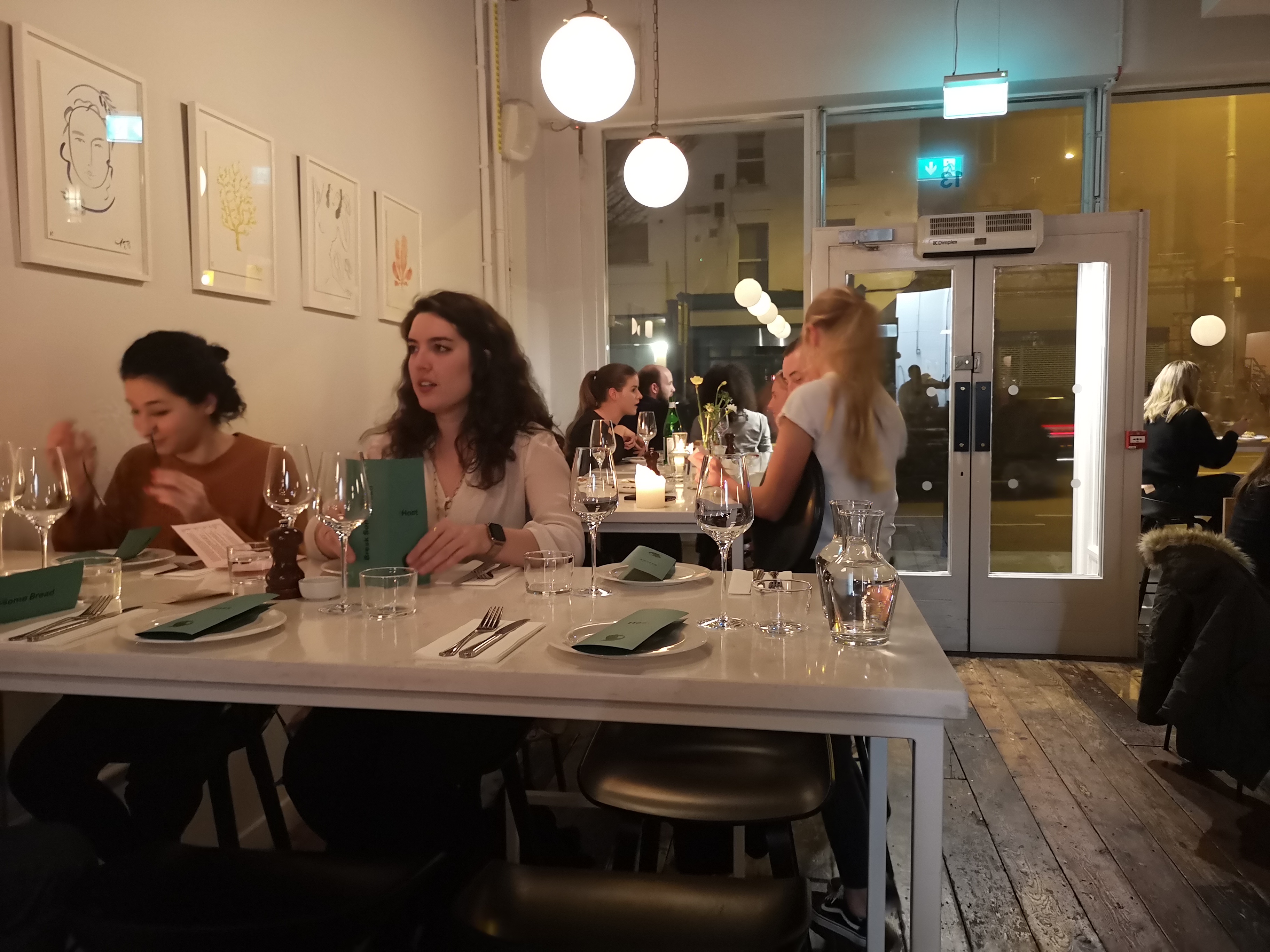 It's really clear to see why Host has so many devoted fans - it's the neighbourhood restaurant every neighbourhood wants. They have all of the boxes ticked when it comes to food, wine, service and general vibe, and it really does feel like it's been lifted out of London and placed on the main street in Ranelagh. Now if only we could convince them to bring Host number two to the Northside.