Azealia Banks to play The Academy, Dublin in January

Azealia Banks has announced an intimate show at Dublin's The Academy on Tuesday, 22nd January 2019.

Tickets for Azealia Banks start from €25.50, and will go on sale Monday, 19th November at 10am from Ticketmaster.

Banks' second studio album 'Fantasea II: The Second Wave' will release in the coming months. The lead single 'Anna Wintour' was released in April of this year. The American rapper and songwriter has released two mixtapes 'Fantasea' and 'Slay-Z', as well as her debut album 'Broke with Expensive Taste' in 2014. 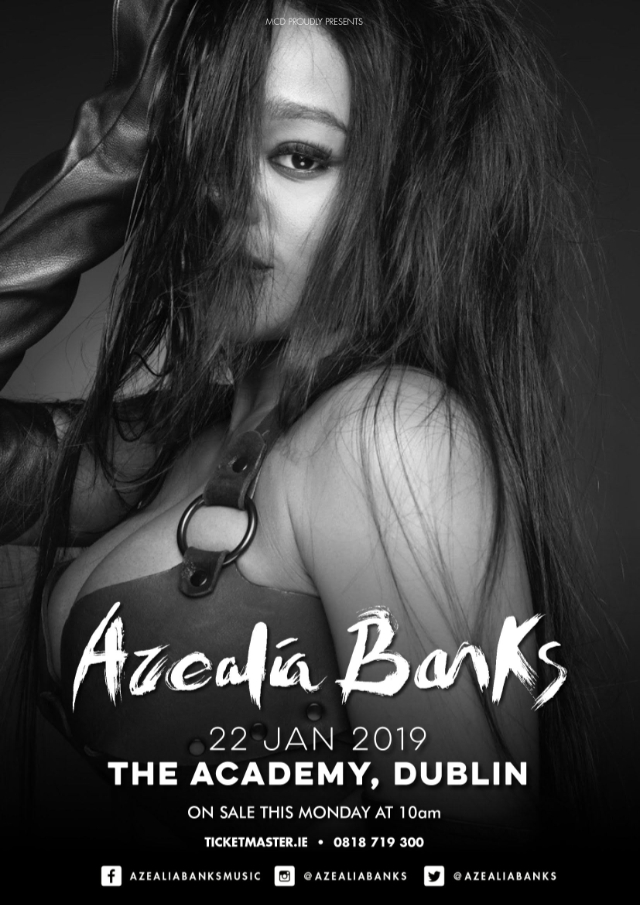 Azealia Banks in The Academy, Dublin

Best known for '212' from 2011, her viral track has had 93 million plays on Spotify alone. Banks rose to fame from releasing music from her MySpace page in 2008.

Here's the music video for her newest single 'Anna Wintour'.