WIN: A PAIR OF TICKETS TO PRISCILLA QUEEN OF THE DESERT

We have teamed up with Bord Gáis Energy Theatre to give a lucky winner a pair of tickets to PRISCILLA QUEEN OF THE DESERT on Monday the 3rd of February. 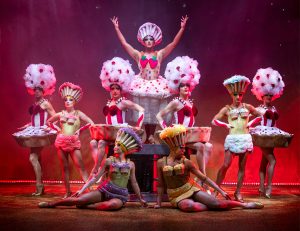 PRISCILLA is the hilarious adventure of three friends who hop aboard a battered old bus bound for the Outback to put on the show of a lifetime. Their epic journey is a heart-warming story of self-discovery, sassiness and acceptance. Starring Strictly Come Dancing winner Joe McFadden (Holby City; Casualty; Heartbeat) as Tick/Mitzi, Olivier Award winner Miles Western as Bernadette and Nick Hayes as Adam/Felicia With more glitter than ever before, this smash-hit show features a dazzling array of stunning costumes, fabulous feathers and a non-stop parade of dance-floor classics including Hot Stuff, I WIll Survive, I Love the Nightlife and Finally!

To be in a chance of winning a pair of tickets, simply answer the questions below. Competition closes on the 30th of January.