Plenty still to come this year

We've done our best movies and worst movies of 2019. It seems high time that we look at what's still to come.

Spanning a range of genres, we've pretty much got the tastes of all audiences covered here. The films we picked hit cinemas between August and December.

Note that the release dates are subject to change.

Everyone's tired of the 'Fast & Furious' franchise by now. However the scenes featuring Dwayne Johnson's federal agent Luke Hobbs and Jason Statham's former SAS operative-turned-mercenary Deckard Shaw in the last one were excellent. Plus David Leitch ('John Wick', 'Atomic Blonde', 'Deadpool 2') directs so you know the action is going to be unreal. AND Idris Elba plays the bad guy. Surely we've sold it. 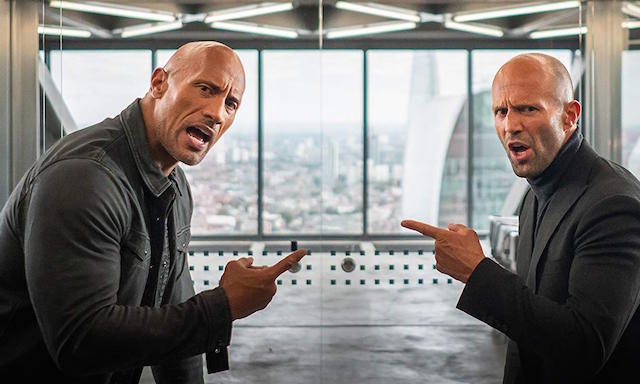 Once Upon a Time in Hollywood - 14 August

Quentin Tarantino's latest boasts a whopping cast including Leonardo DiCaprio, Brad Pitt and Margot Robbie. It's set in 1969 Los Angeles and largely follows a flailing actor (DiCaprio) and his bestie and stunt double (Pitt). Robbie plays Sharon Tate with other real-life figures like Roman Polanski, Charles Manson and Bruce Lee also turn up. It premiered in Cannes last May to a largely positive critical reception. 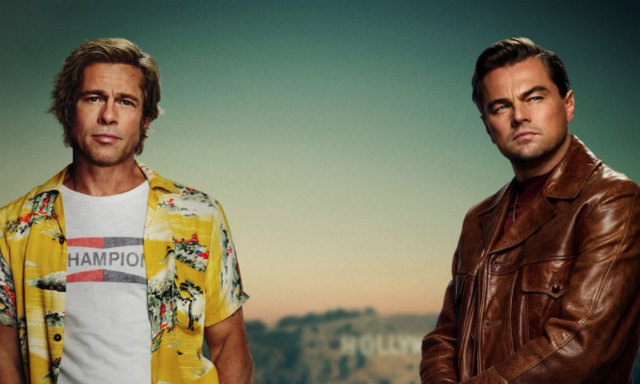 Once Upon A Time In Hollywood

Again, there's an awesome cast lined up for this film including James McAvoy, Jessica Chastain and Bill Hader. The kids we loved from the first film are back as is Bill Skarsgard as the terrifying Pennywise the clown. 'Chapter 2' takes place twenty seven years after the first 'It', which was a huge box office hit back in 2017 making $700 million worldwide. 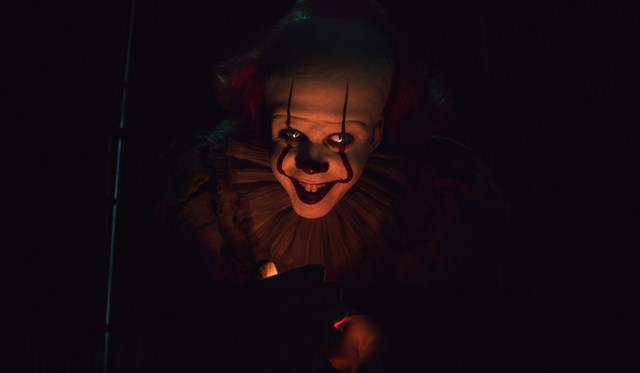 Obviously, 'Downton Abbey' isn't going to be everyone's cup of tea. But for fans of the TV series, which wrapped in 2015, this is a project they've eagerly awaited for. Set in 1927-1929, the 'Downton Abbey' sees King George V and Queen Mary pay a royal visit, causing quite a stir between the Crawleys and the servants. 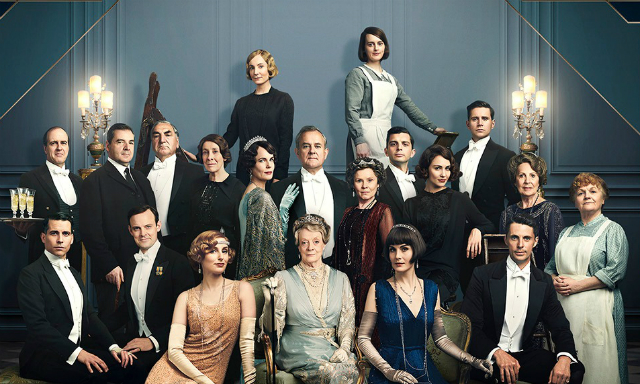 Some of the recent space-set movies we've had like 'Gravity', 'Interstellar' and 'The Martian' have been visually spectacular. This latest comes from the director of 'We Own the Night' and 'The Lost City of Z'. Brad Pitt plays an astronaut who travels to the outer edges of the solar system to find his missing father and unravel a mystery that threatens the survival of humans on Earth. 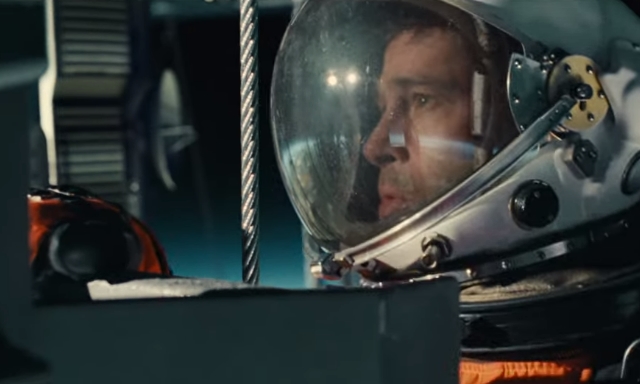 'Rambo: Last Blood' aka 'Rambo V' sees Sylvester Stallone return to his iconic war veteran, action hero role. In this installment, co-written by Sly, Rambo travels to Mexico to save a friend's daughter who has been kidnapped by the Mexican cartel. The plot synopsis sounds like 'Taken' but in actual fact the trailer and promos so far have more of an 'Unforgiven' vibe.

The Joker has been played in many movies by many great actors, most popularly Heath Ledger and Jack Nicholson. Now the greatest 'actor who deserves an Oscar' - Joaquin Phoenix - takes on the frightening antagonist. This take goes back to Joker's origins and serves as a character study of a mentally ill person. It co-stars the likes of Robert DeNiro, Marc Maron and Zazie Beetz. 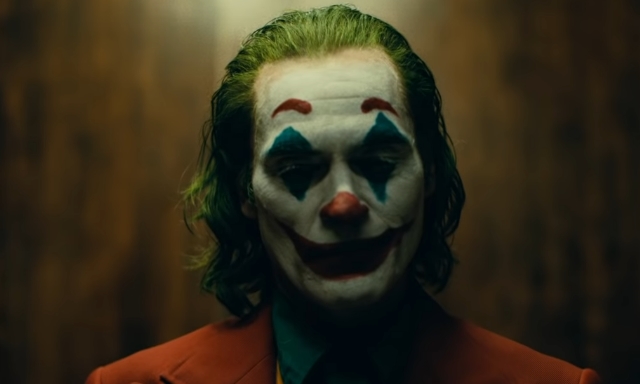 Sadly we haven't got a trailer for 'Zombieland: Double Tap' yet but it's due for release in October so we're expecting one soon. Woody Harrelson, Jesse Eisenberg, Emma Stone, Abigail Breslin and Bill Murray all reprise their roles from the first 'Zombieland'. Here's hoping the sequel manages the same balance of zombie horror, comedy and family drama.

Do we need another 'Terminator' reboot? No. Are we still going to see this one? Hell yeah. Especially when it sees Linda Hamilton back as Sarah Connor while  Arnold Schwarzenegger returns as, you guessed it, The Terminator. Mackenzie Davis, who has impressed in recent movies like 'Blade Runner 2049' and 'Tully', joins them. 'Deadpool's Tim Miller directs. 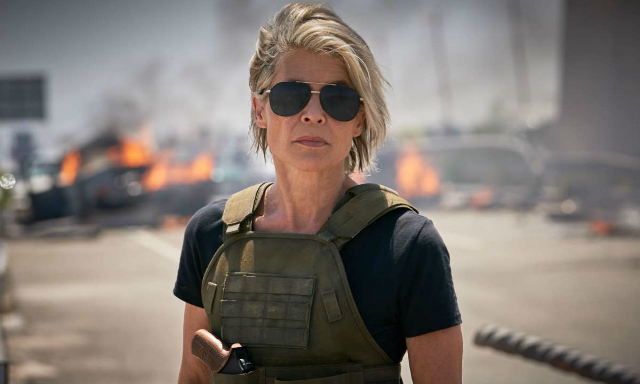 This one has definitely peaked our interest. It's a sequel to 'The Shining' based on a novel Stephen King published in 2013 and stars Ewan McGregor as a grown-up Danny Torrance. He meets a teenage girl who has the same gift as him. She is being pursued by Rose the Hat (Rebecca Ferguson) and her followers, The True Knot, a cult that feeds on children. 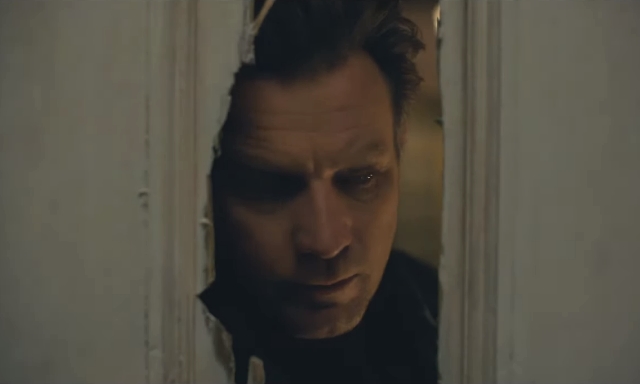 'Frozen' is the highest grossing animated film of all time so we're expecting its sequel to make biiiig bucks.  Idina Menzel is back as Elsa, Kristen Bell's back as Anna, Jonathan Groff's playing Kristoff again and Josh Gad returns as Olaf. The gang go on a dangerous, remarkable journey beyond Arendelle so Elsa can answer a strange sound from the north calling her.

Jumanji: The Next Level - 13 December

We've gone pretty heavy with our pick of movies to come in 2019 so far so here's a comedy to mix things up. 'Jumanji: Welcome to the Jungle' was a surprise box office success when it hit screens a couple of years ago. And that only means one thing, as you've well gathered by now - sequel time. Dwayne Johnson, Kevin Hart, Jack Black, Karen Gillan and Nick Jonas are all back, joined by Danny DeVito and Danny Glover. 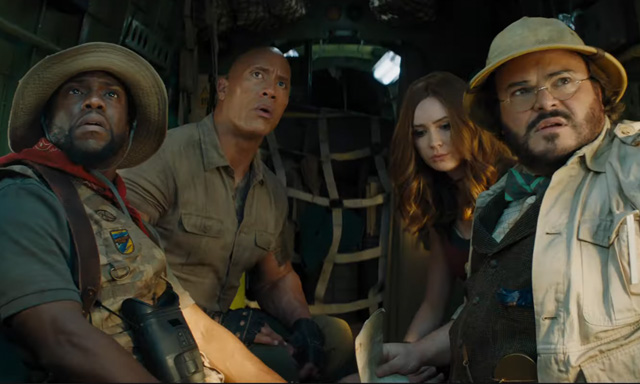 Jumanji: The Next Level

Plot details remain scarce for the ninth official 'Star Wars' movie. But even with everyone giving out yards about 'The Last Jedi', you know people are going to see this in droves. From the teaser you can gather that Daisy Ridley's Rey remains front and centre for the flick. J. J. Abrams ('The Force Awakens', 'Star Trek') is back in the director's chair so we're feeling optimistic.

With the recent success of musicals like 'A Star is Born' and 'Bohemian Rhapsody', you can't be too surprised that Andrew Lloyd Webber's hit musical is being adapted for the big screen. Tom Hooper directs after his successful big screen take on 'Les Mis'. It's an all-star cast that includes Taylor Swift, James Corden, Jenifer Hudson, Idris Elba, Judi Dench, Ian McKellen, Rebel Wilson and Jason Derulo.

'The Goldfinch' is most definitely hoping to be an Oscar contender next year. Directed by John Crowley (who earned three Oscar nods for 'Brooklyn'), it's based on a globally acclaimed, Pulitzer Prize-winning, New York Times-bestselling novel. The film follows Theo (Ansel Elgort), whose mother (Nicole Kidman) is killed in a bombing at the Metropolitan Museum of Art, changing the course of his life forever. From the trailer, this looks like a tearjerker. 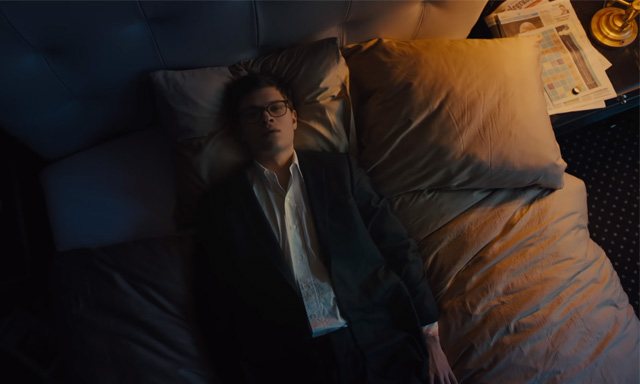