Last week's episode of 'Watchmen' opened with a bizarre but very much real incident in American history - the Tulsa race massacre.

This week's episode - 'Martial Feats of Commanche Horsemanship' - does the same thing - German fliers falling out of the sky, specifically targeted to the black infantrymen of the US Army and urging them to throw down their arms as the country they were defending had not yet given them equal status. There is something truly queasy about it all, that the truth is being bent to suit cynical purposes and the likelihood is that the Germans would not have embraced the black infantrymen as equals had they surrendered. Quite the opposite in fact.

The last episode ended with the horrifying image of Judd Crawford lynched, with an elderly black man - played by Lou Gossett Jr. - next to his body and, we find out, claiming that he did it. He also claims he's Dr. Manhattan, that he's over 100 years old, and that if he reveals the "vast and insidious conspiracy" at play in Tulsa, Angela Abar's head will explode. This episode really does showcase what an incredible actor Regina King is, and how much complexity she brings to the role of Angela Abar. You can see every bit of the turmoil in her face - and behind her mask - when the old man, who calls himself Will, reveals that she didn't really know Judd Crawford. 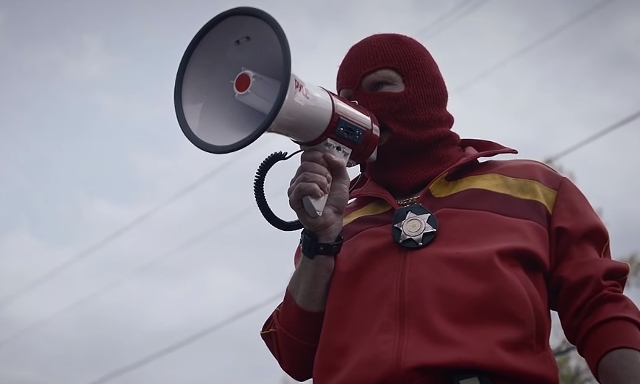 Red Scare orders the residents of Nixonville out of their trailers.

This becomes even more apparent when Angela finds a Ku Klux Klan uniform in his closet, revealing the very literal skeletons that Will had spoken about earlier. Like a lot of Damon Lindelof's work, there's an element of weirdness to it that is never really easy to place your finger on and not all of it is going to make sense initially. The idea of seeing the old man being literally yanked into the air by an electromagnet, for example, has got to have a reason eventually. You just have to trust that it'll become clear in time, and if it doesn't, there's a reason for that too.

An example of this is how it shows the White Night, and why the police of Tulsa wear masks and why the detective adopt superhero identities. It's a thrilling sequence, brilliantly directed and really shows just how terrifying the prospect of home invasions are. More than that, the cut between Angela pulling down Judd's body from the tree and dancing with her husband at Christmas is an interesting metaphor for how, for her, intimacy and violence seem to be intertwined - that she thinks of holding her friend's dead body close to her the same night she was attacked in her own home by Seventh Kavalry members.

Going back to Regina King's performance, the depth of feeling and the anger she displays - in two controlled bursts - is terrifying. The first is when she locks herself away in her bakery, screaming until she's hoarse, and the second is when she beats one of the Nixonville residents nearly half to death with her bare hands. Again, the strangeness of the world of 'Watchmen' - the police, masked up, charging into a racist stronghold when they're so often associated with the latter - is more and more evident. Even the Russian detective, who we find out is named Red Scare, snarls at one of the Nixonville residents that he's a Communist and nobody bats an eyelid. 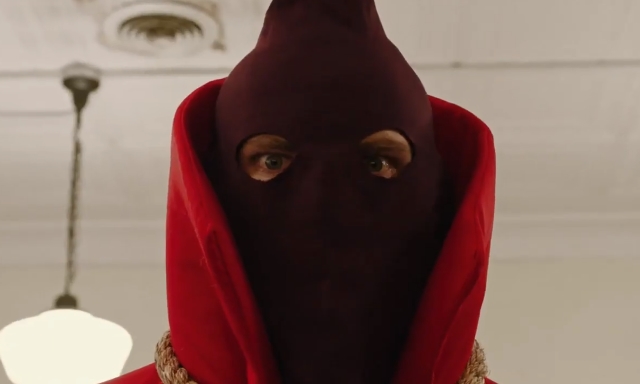 "Who am I? When I was little, every time I looked in the mirror, I saw a stranger staring back at me."

Finally, let's talk about Jeremy Irons' character, who hasn't yet been named on screen but we're 99.9% certain is Adrian Veidt, or Ozymandias. His obsession with Dr. Manhattan is to the point where he stages a theatre play recreating the character's birth, complete with overwrought music and piss-poor acting. Between this and the 'American Hero Story' episode-within-an-episode, the show is critiquing and satirising the very genre of superhero stories themselves and how slightly ridiculous it all is. When we see Hooded Justice dive through the window, crack people's arms like a twig and the slow-mo-speed-up action, it seems just a little bit too reminiscent of Zack Snyder's adaptation of 'Watchmen'. It's ballsy stuff, to say the least.

That's really what's been so enjoyable about 'Watchmen' so far - how daring and original it is, and how it's not afraid to point out its own ridiculousness or that of the entire superhero genre. Moreover, the fact that is so straight ahead charges at the racial violence at the heart of America really is incredible. Here's hoping this keeps up for the remaining episodes.