The relentless grimness continues in Gilead with yet another public hanging in the opening of episode 7. They have the handmaids helping now too, just in case they weren't quite traumatised enough yet. Beats stoning someone to death? Neither sounds anything other than horrifying. But this is Gilead, so always be prepared for the worst possible outcome. June seems to forget that sometimes, but you, trustee viewer, should not.

Of course, that's not the case with the Waterfords who seem to be coming out on top again despite Fred's recent demotion and their very public marriage troubles. Their time in Washington is seeing them soar higher than ever in Gilead's hierarchy. They are lapping up the attention they are getting from the Winslows and after that dance, everyone else in the capital. In fairness, they've got moves. It all felt very presidential, and a bit 'Scent of a Woman' too. 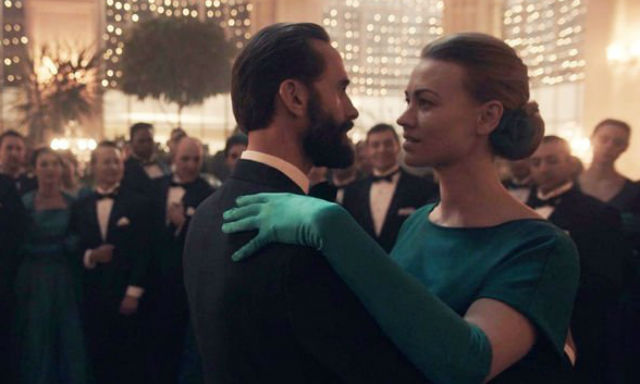 It's interesting to see how these two are falling for each other once more. They couldn't keep their eyes off each other in that ballroom. You know it's only a matter of time before Fred lets Serena down again though. In fact, he's already doing it by agreeing that Nichole should stay in Canada for the moment as it gives Gilead the edge diplomatically. Who knows though, maybe Serena will become so intoxicated with her new high society lifestyle that she won't care anymore. The Ferrero Rocher must be delightful at those ambassador's receptions after all. 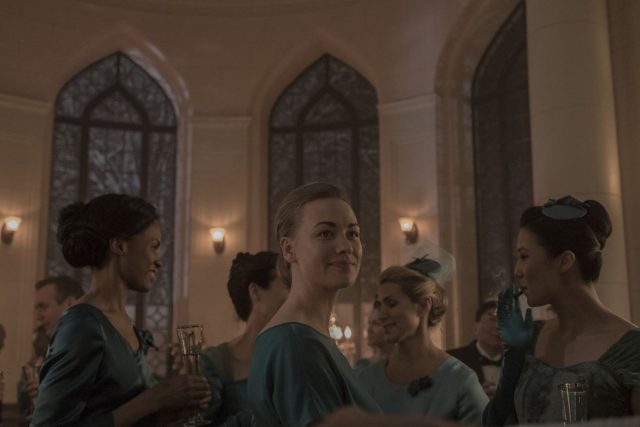 Meanwhile, back in Boston, June is busy taking a fragile Eleanor Lawrence out for a walk, all so she can possibly convince her to take a quick train to Hannah's school while she's out. This was never going to end well. June does get to plant herself up against the walls of the school and hear her daughter's laughter, but that's as close as they got. A frazzled Eleanor had to be escorted out of there and sent home. Despite this, June has no regrets, insisting to Commander Lawrence when they returned that "she came alive out there". She did too for a while, although she probably needs to work on her cot-side manner.

Their little trip was never going to go unnoticed though (how would June think it possibly could?). Although somehow she avoids direct consequences for her actions and instead it's Hannah's Martha who pays the price. We saw these two conversing in the frozen food section earlier in the episode, but so did that prissy walking partner of June's Ofmatthew. That one is nothing but trouble.

And now the McKenzies (Hannah's Gilead parents) have cleared off, leaving June with even less of the tiny chance she had of getting her daughter back. That's enough for that simmering rage of June's to bubble to the service as she lashes out at Ofmatthew. We thought for a second she was going to throw her right over the edge, and she probably would have if she wasn't held back.

So there you have it. All efforts are futile. Everything is terrible. Sigh. Why do we watch this show again?