And what time it will kick off at

'The Late Late Toy Show' marks the official start of Christmas for a lot of Irish people. But just because you're not in Ireland, doesn't mean you can't get in on the fun.

The show will be available to view worldwide via the RTÉ Player both live and on-demand. Last year's 'Toy Show' was RTE's most-watched show, and over 100 countries outside of Ireland including Estonia, Kuwait, and Honduras tuned in. (Find out all about the theme of this year's show here.)

Here are the times it kicks off across the globe: 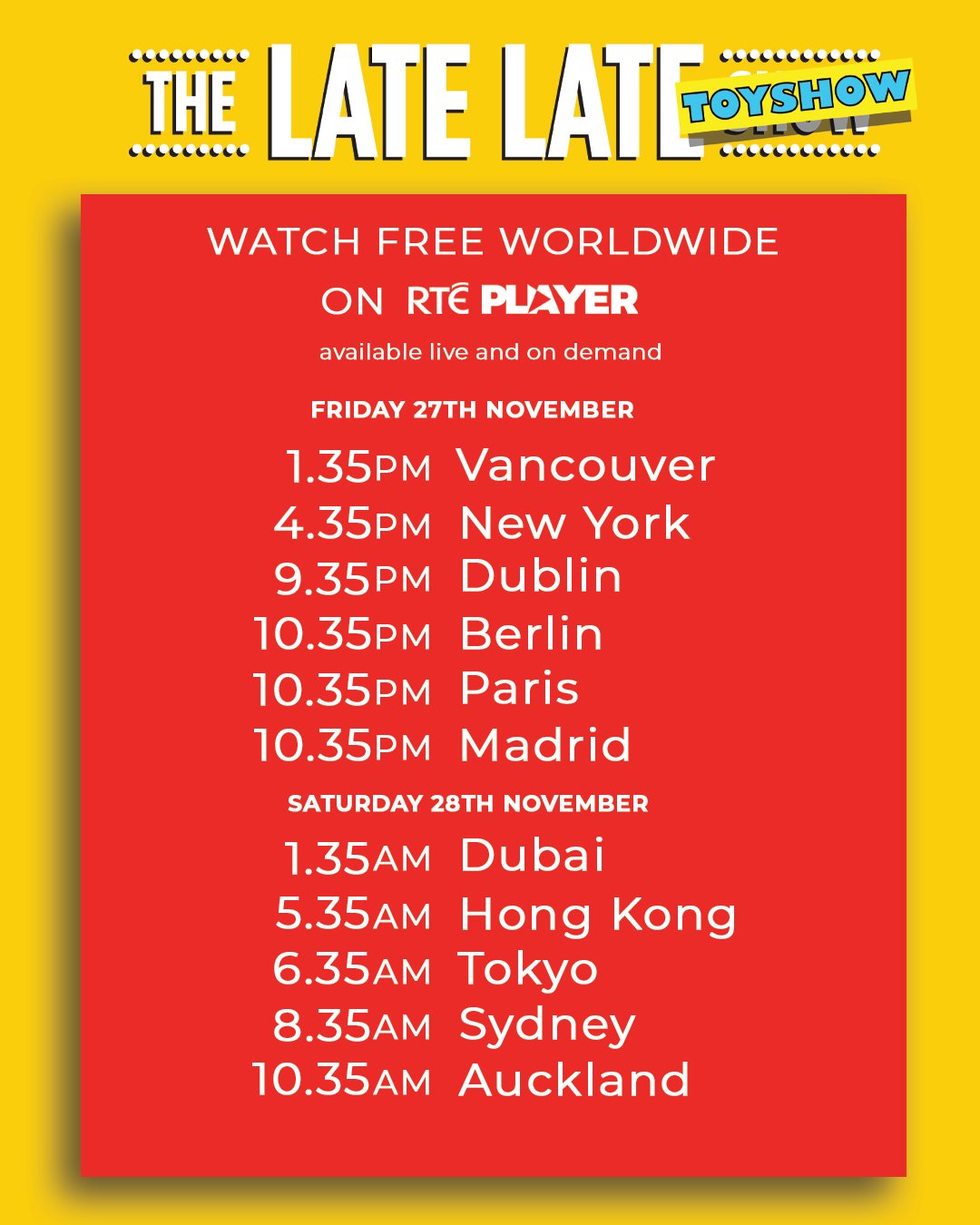 Where you can watch The Late Late Toy Show 2020

If you head over to any of 'The Late Late Show' social media accounts, you'll see plenty of memorable throwback clips from over the years, featuring Gay Byrne, Pat Kenny, and of course Ryan Tubridy.

In 1999 @officialKeith came on the #LateLateToyShow with son Jordan - who was less than impressed 😂😂😂 pic.twitter.com/nqZS0GApVb

This year, RTÉ Player and the RTÉ News channel will simultaneously broadcast live in Irish Sign Language (ISL) with ISL interpreters Amanda Coogan and Aisling Dragoi signing the live show from RTÉ Studio 6. An audio description version will also be broadcast on RTÉ One on Monday, November 30 and will be available on-demand on RTÉ Player.

'Quiz', starring Aisling Bea, kicks off on RTÉ One this weekend