A gripping revenge thriller, 'Tin Star' is set in the stunning backdrop of the Canadian Rockies in a small town called Little Big Bear which finds itself becoming the new home of oil company, North Stream Oil. British police officer Jim Worth and his family move there to escape from the madness of their former lives but are soon hit with a tragedy that sparks a revenge-fueled drama unleashing the inner demons of former alcoholic Jim.

Where can I watch Tin Star online?

When does Season 2 of Tin Star begin?

'Tin Star' returned to Sky Atlantic on January 24, 2019, and all episodes are now available on demand.

What is going to happen in Season 2 of Tin Star?

The second series picks up where we left our anarchic and unlikely hero, cut off in the remote Rockies wilderness with his grieving and shell-shocked family struggling to come to terms with their ordeal. Seeking refuge from her own parents, Anna is taken in by the God-fearing Nickel family, headed up by Pastor Johan (John Lynch) his wife Sarah (Anamaria Marinca) and daughter Rosa (Jenessa Grant), and hidden with the Ammonites - a religious community close to Little Big Bear.

Where is Tin Star filmed?

Tin Star was primarily filmed in High River (33 miles south of Calgary), doubling as the fictional town of Little Big Bear. The series used the studios of the newly opened Calgary Film Centre as general headquarters. 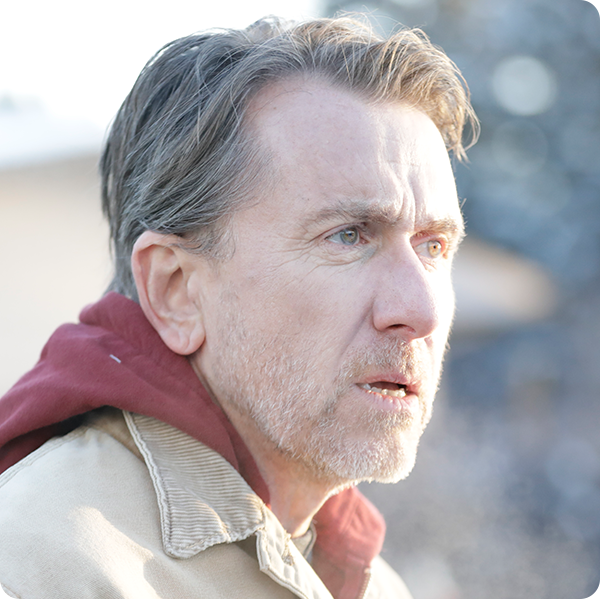 More often than not, English actor Tim Roth can be found hanging around in Quentin Tarantino's universe and has been a Hollywood staple for many a year. He made a move to television back in 2009 in Fox's Lie to Me but his turn as Jim Worth may just be the juicy leading role he has been waiting for. Initially, Jim seems like a simple enough character - Chief of Police in a small Canadian town - sure, he moved from London with his family and there's a question mark over their departure, but initially, it seems reasonable enough that they just wanted to raise their family in a quieter idyllic setting. We do however know early on that he has demons to battle as he attends a local AA meeting, but it's only after their family tragedy that we see a much darker side of Jim Worth. 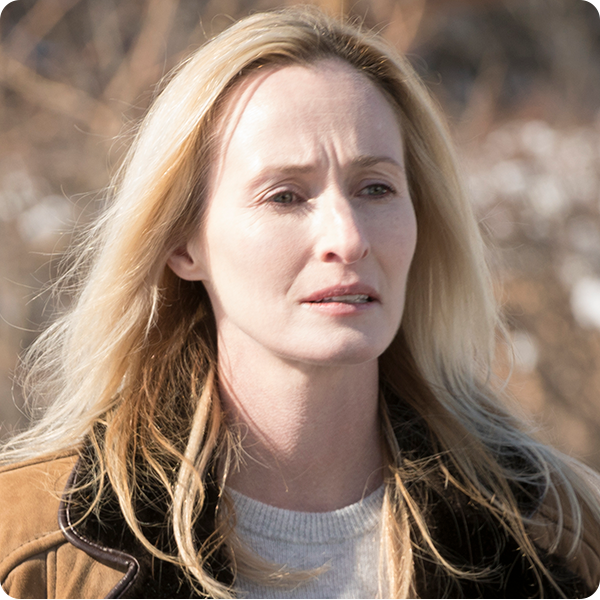 We have an Irish representative on the show in the form of Star Wars actress Genevieve O'Reilly, who plays Jim's wife Angela. You will like Angela straight away and there's clearly a strong love between her and husband Jim, and she has obviously supported him through a lot given that Jim has only been sober for two years. She wants to fully embrace the fresh start in Little Big Bear, and while at first, it seems she's just rocking it as a good wife and mother, tragedy will also show us more of the hidden, darker depths of this character. 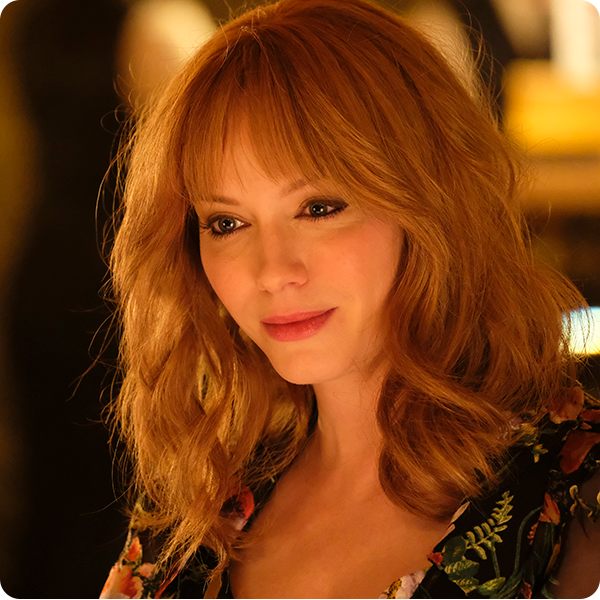 Mad Men's Christina Hendricks also takes centre stage in Tin Star as Vice President of Stakeholder Relations of North Stream Oil. Elizabeth is smart, charismatic and perfect as the trustworthy face for the corporation but as with all the characters on this show, she is not to be underestimated. Perhaps one of the best things about this series is really not knowing who we should trust or not, and Elizabeth is the perfect example of that. 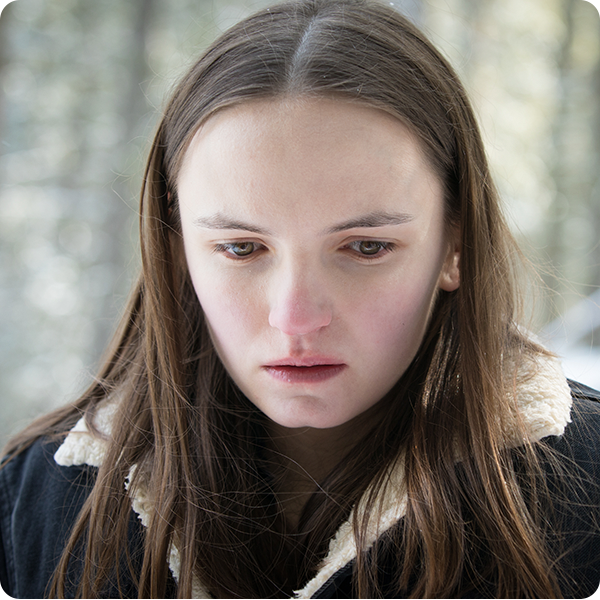 Anna is your typical teenage daughter at first, moody and cheeky and doesn't hold back on how unhappy she is with the move to Canada. The arrival of the oil company however soon gives her something to do as she becomes focused on proving how much damage it is doing to the surrounding environment. Tragedy also sends Anna into despair and into the arms of a boy called Whitey (who we'll get to below), although all is not what it seems with him either. Anna is also one to watch and develops her ostensibly weak position into one of alarming and unpredictable strength. 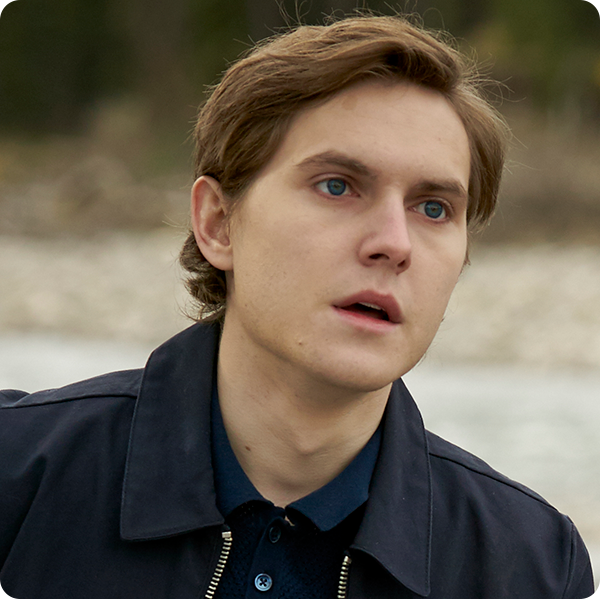 Whitey is described as a monster with an angel's face and a character we don't actually meet straight off. His target is Jim Worth or Jack Devlin as he was previously known and sets his sights on what he believes is Jack's Achilles heel, his family, only to uncover his own weakness when he develops a fierce emotional bond with Anna. 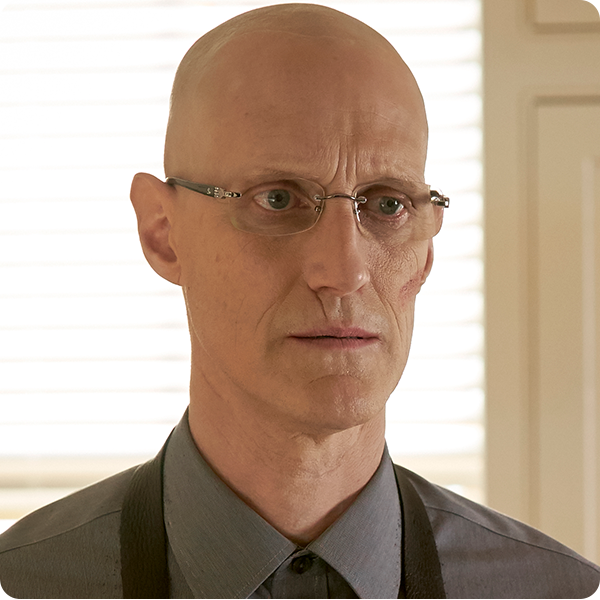 This Bond villain lookalike is known to many as simply "The Quebecois" and is Head of Security for North Stream Oil. An ex–Special Forces operative, we know from the get go that this guy means business and isn't afraid to be ruthless about it. He is also one of the few people who knows of Jim's past and is proactive to halt his progress when he starts sniffing around the oil company's activities. At the same time, he finds Mrs Bradshaw's presence deeply uncomfortable and is loath to lose control over Little Big Bear to her. 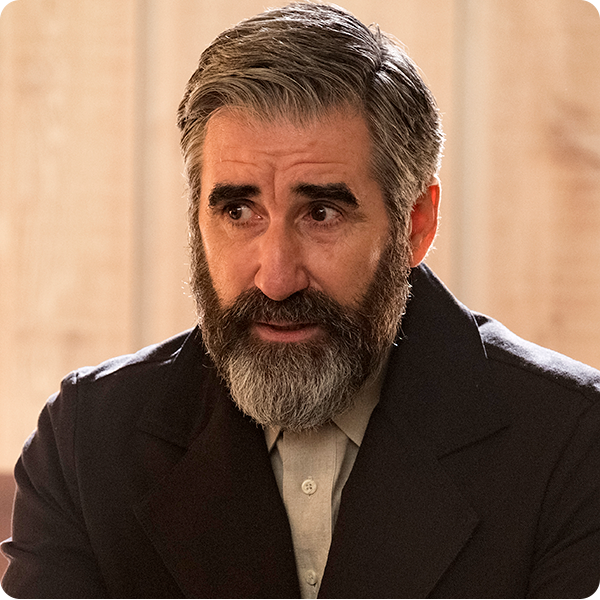 Irish actor John Lynch joins the cast for season 2. You'll likely have most recently seen John as Assistant Chief Constable Jim Burns in 'The Fall' but he was also Gwyneth Paltrow's cheating fella in 'Sliding Doors', the absentee dad in 'The Secret Garden' and Paul Hill of the Guildford Four in 'In the Name of the Father'. He is set to play Pastor Johan, head of the Nickel family where Anna takes refuge.

Also in the cast

Is there a trailer for 'Tin Star' season 2?

You can watch it below:

Everything You Need to Know About 'Tin Star' Season 2