The walkers have infiltrated Star on Disney+

In a post-apocalyptic world, it turns out flesh-eating zombies aren't your only enemies.

'The Waking Dead', the award-winning production, was one of the most defining TV series to grace our screens when it debuted all the way back in 2010. Ensuring that we were hooked on the suspenseful, character-driven drama, dripping with jaw-dropping and horror-inducing twists and turns at every possible opportunity, the series conjured up one of the biggest global TV phenomenons of our generation.

Before the arrival of the eleventh and final season later this year, 'The Walking Dead' has a brand new home in Ireland - here's everything you need to know.

Where and when can I watch 'The Walking Dead'?

You can watch 'The Walking Dead' on Star on Disney+ right now. 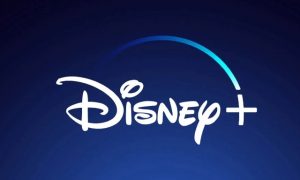 How many seasons of 'The Walking Dead' are there?

All episodes from seasons 1 - 10 are available to watch on Star on Disney+.

Who stars in 'The Walking Dead'?

We begin our story with Rick Grimes, a former police officer who wakes up in an empty hospital. From the cinematic opening first episode, we follow Rick's moralistic journey as he tries to find his missing family and protect them at all costs.

Where have I seen him before: Before securing the main role in 'The Walking Dead', Andrew Lincoln starred in the Channel 4 sitcom 'Teachers', and of course played lovesick Mark in 'Love Actually'. He recently starred in Netflix's 'Penguin Bloom'. 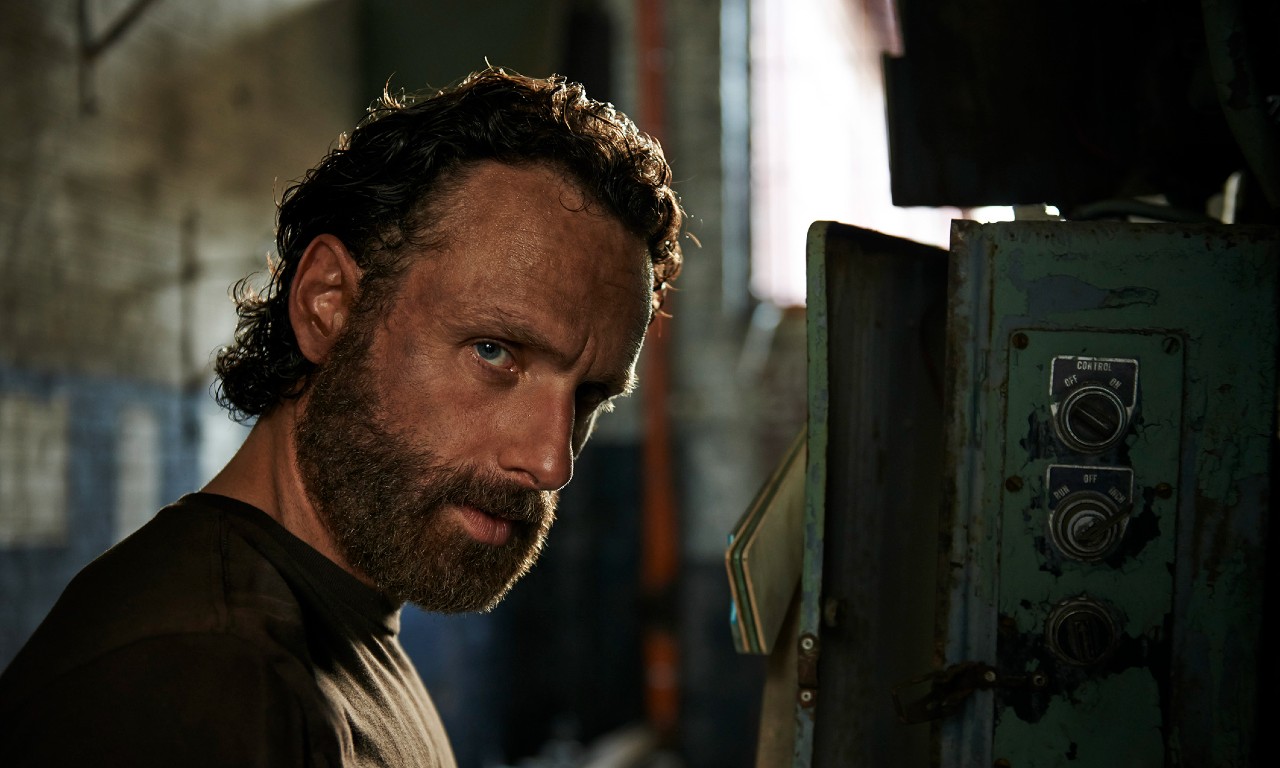 Shane is Rick's former police colleague and also his longtime friend. Quite hot-tempered and unpredictable, Shane is the type of guy who pulls the trigger first and asks questions later.

Where have I seen him before: 'The Walking Dead' undoubtedly launched Jon's Hollywood career, which saw him secure roles in popular movies such as 'The Wolf of Wall Street', 'Baby Driver', and 'Ford v Ferrari'. 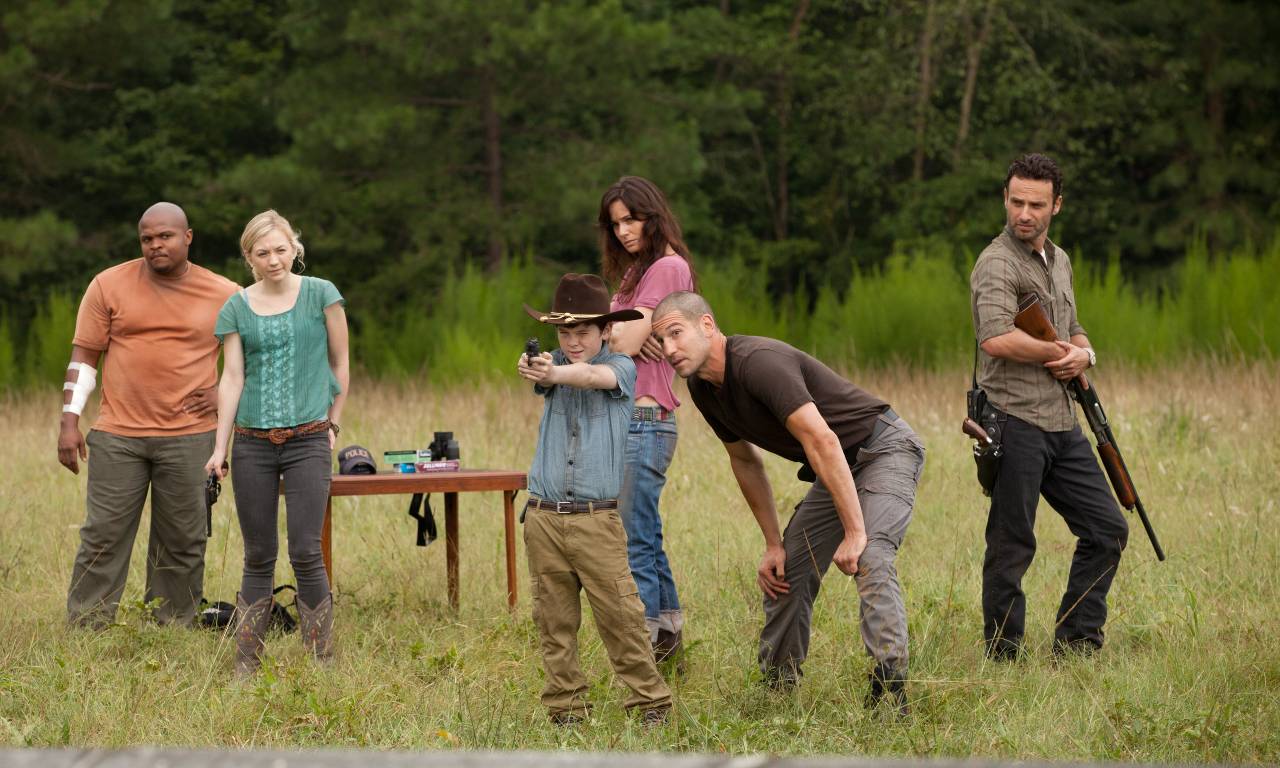 Lori, believing that her husband Rick failed to make it out of the zombie apocalypse alive, flees with Shane and her son Carl in order to get to safety in Atlanta. How will she cope when she discovers Rick is alive?

Where have I seen her before: Sarah burst onto our screens in the high-stakes drama 'Prison Break', playing the role of Dr. Sara Tancredi. She also starred in the sci-fi series 'Colony'. 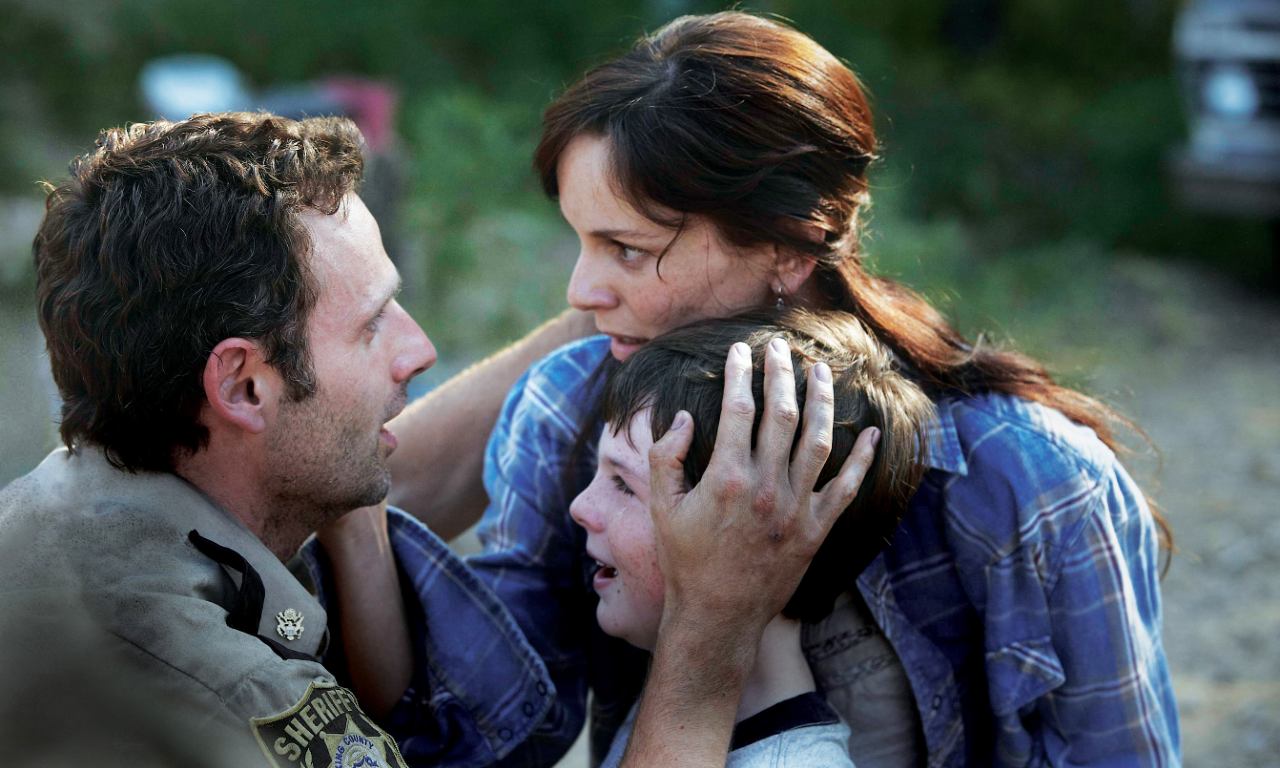 The first person Rick meets after his escape from the hospital is a young, quick-witted Glenn. A fan-favourite, he is the one member of the group who can be the most resourceful and one they can depend on.

Where have I seen him before: Following his break-out role in 'The Walking Dead', Steven went on to do voice work for 'Invincible' and he also received an Oscar nomination for his role in 'Minari'. 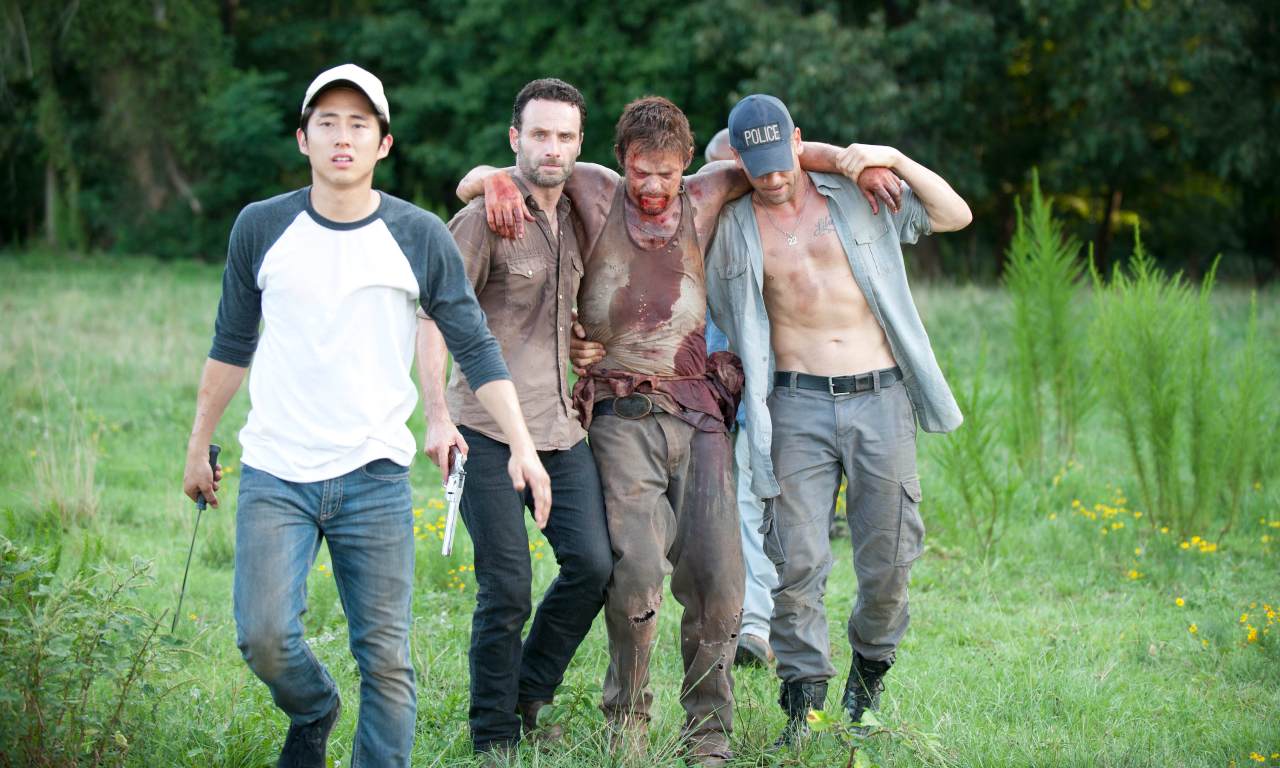 Introduced in the closing moments of season two, Michonne is a character from the comic books which fans couldn't wait to see on screen. Wielding her trademark katana, and flanked by her two protective walkers, she is a force to be reckoned with.

Where have I seen her before: Becoming a bad-ass fighter in the series proved wonders for Danai's career, ensuring that she was recruited into the Marvel Cinematic Universe as Okoye, first appearing in 'Black Panther'. 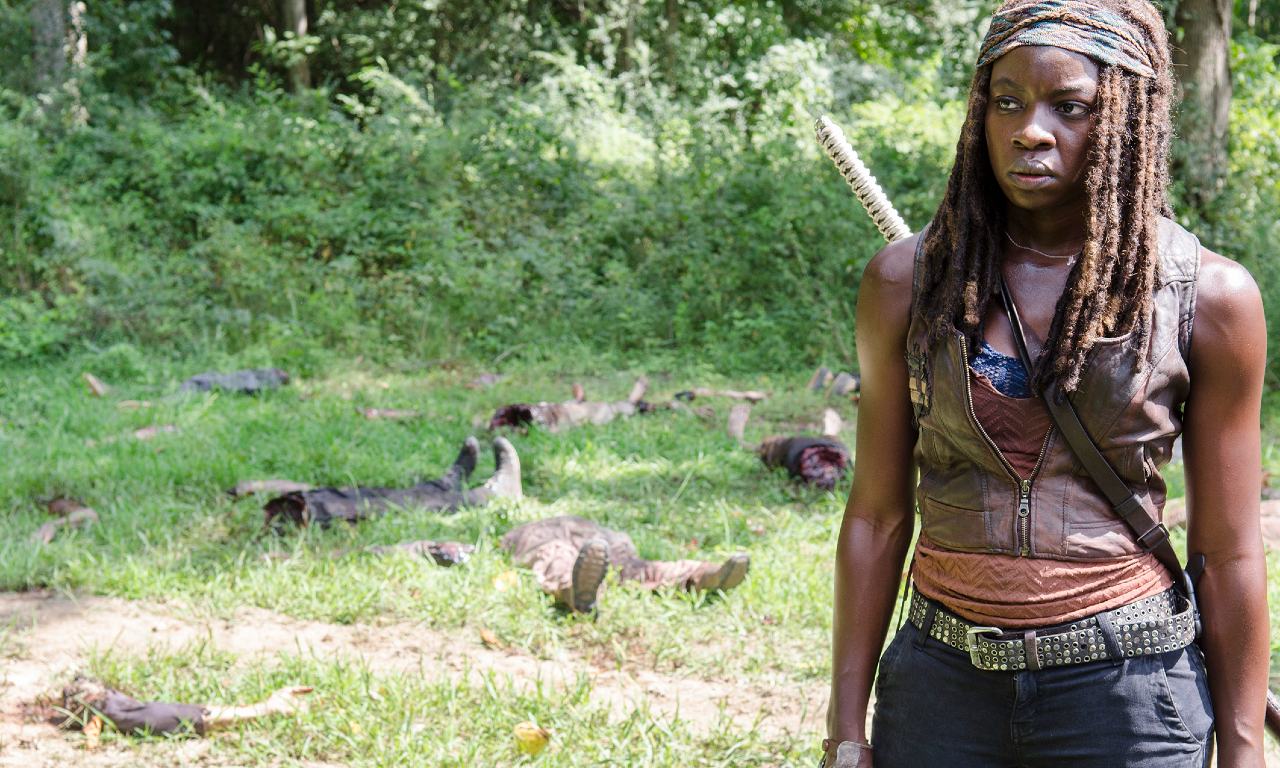 Season one Daryl lives in the shadow of his older brother Merle, who is antagonistic, surly and gruff. Daryl, however, shows that he has much more compassion than his sibling, and is one of the best hunters in the group.

Where have I seen him before: One of Norman's biggest roles prior to 'The Walking Dead' was in 'Blade II' opposite Wesley Snipes. 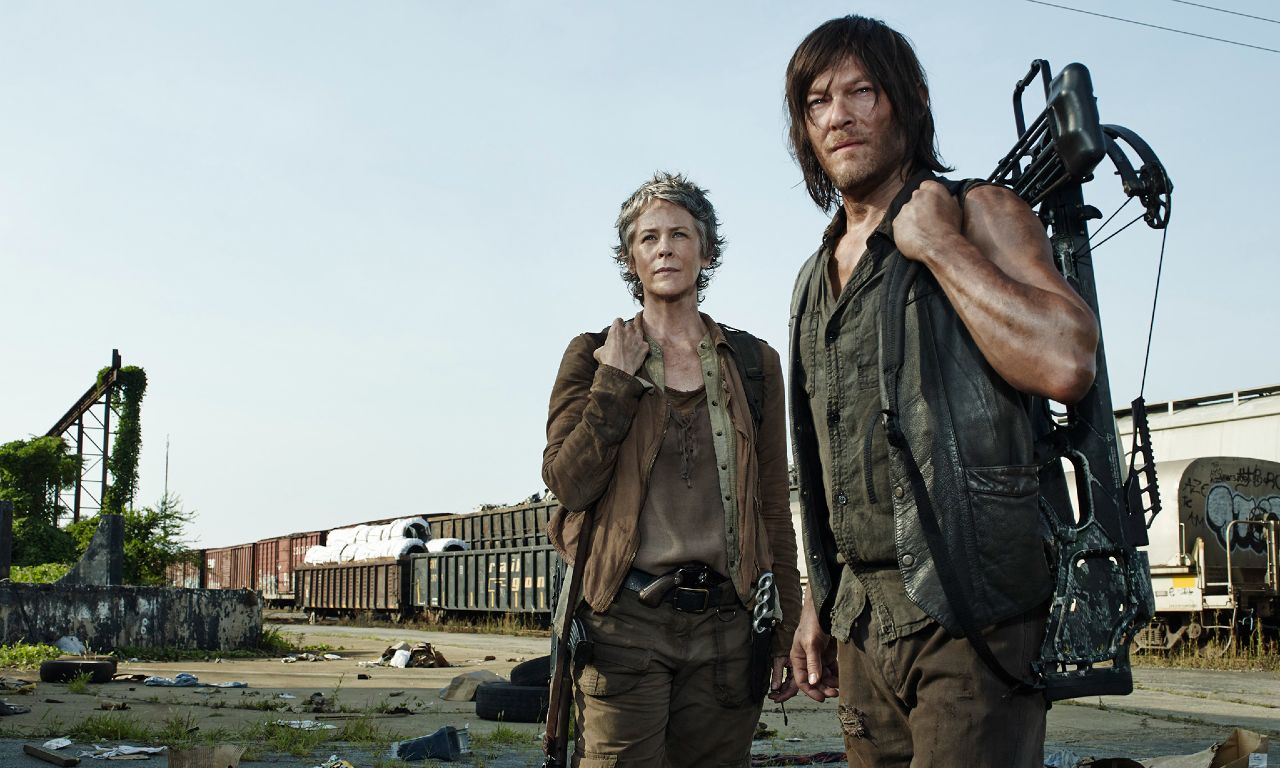 Over the course of 10 seasons, none of the characters has changed beyond recognition more than Carol. At first a meek and well-mannered woman, the more we get to know her character, the more we begin to realise that there's a warrior waiting to be released.

Where have I seen her before: Apart from a number of minor roles in TV series and films, Melissa's biggest role is still as Carol in 'The Walking Dead'. She'll be reprising the character for the untitled spin-off series following Daryl and Carol. 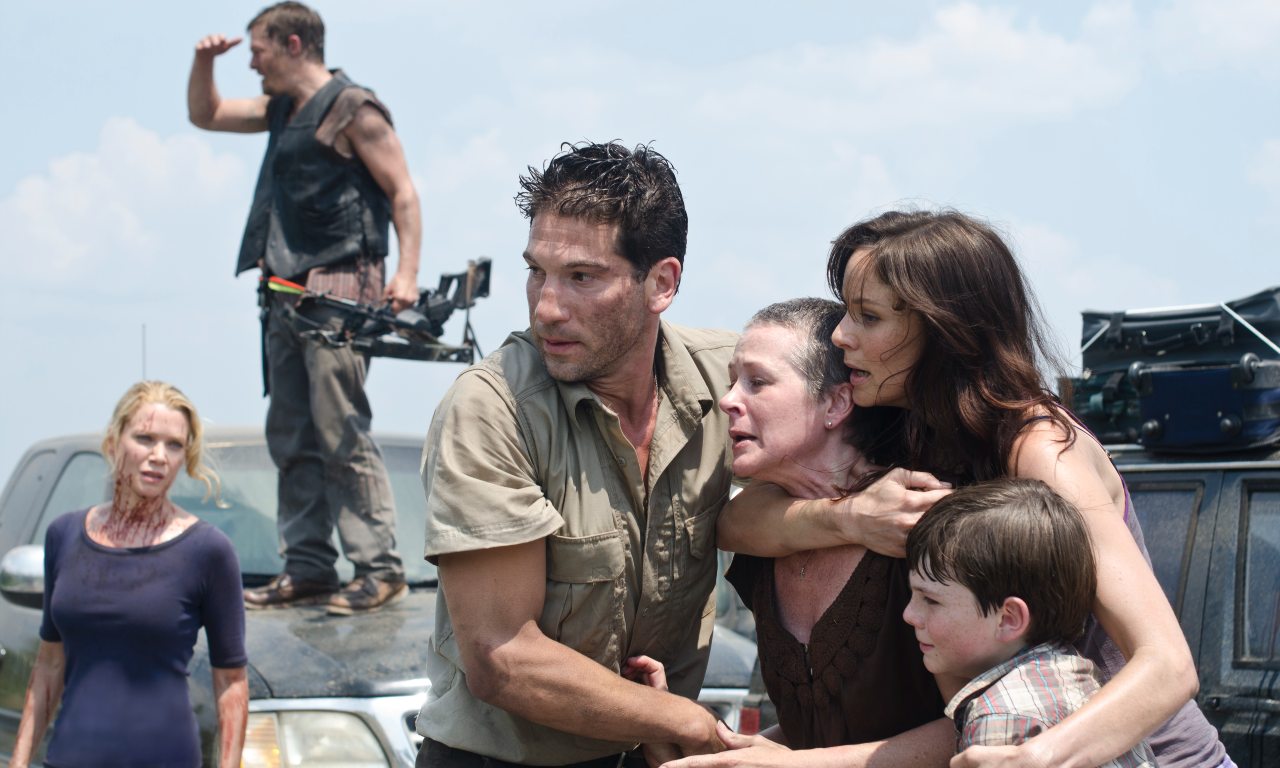 Who should watch ‘The Walking Dead'?

If you missed the boat the first time around, then now is the perfect opportunity to get your fix of 'The Walking Dead'.

A series which paved the way for other titles of a similar vein, if you are a fan of sci-fi or horror shows like 'The 100', 'Falling Skies', or 'War of the Worlds' then this is for you.

You can sign up to Disney+ from just €8.99 per month by clicking here.

New on Disney+: 'Under The Banner of Heaven', 'Flee', 'High School Musical'

On Demand News 1 week ago

Wanda could be appearing in the next Marvel superhero Disney+ series