A thrilling drama series set in the glamorous Côte d'Azur on the southeastern coast of France.

Set in the South of France, Sky Atlantic's drama 'Riviera' is about as lavish a TV show as you can imagine, with stunning visuals of a part of the world where some of the wealthiest people live. It stars Julia Stiles as Georgina Clios, an American art curator who is thrown into an unknown murky world of double-dealing and crime following the death of her billionaire husband in a yacht accident.

Determined to find out what really happened, Georgina starts to realise her husband Constantine may not have been the man she thought he was after all. As well as that, she also has a few step kids and an ex-wife (played by the fabulous Lena Olin) to contend with.

Part compelling family drama, part thrilling crime series, season 1 of 'Riveria' proved to be Sky's most popular Original Series with a second season kicking off on Thursday, May 23.

Where and when does 'Riviera' season 2 kick off?

You can watch 'Riviera' season 2 on Sky Atlantic on Thursday, May 23rd at 9pm.

You won't have to wait much longer for episode 2 either with the entire series available on demand on May 23rd too.

And if you missed out on season 1, you can catch-up on demand now before season 2 starts.

Who will be returning for season 2?

Julia Stiles will of course be back as Georgina Clios as will Lena Olin as Irina Atman. 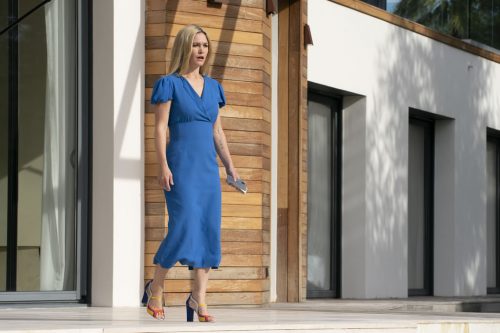 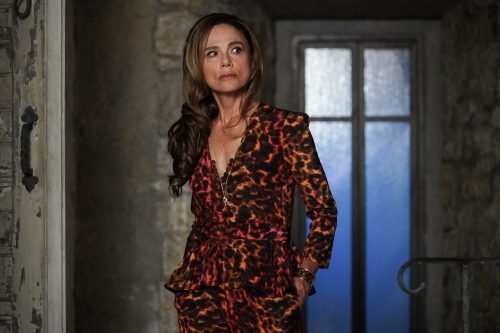 Roxanne Duran will also be back as Adriana Clios, as well as Dimitri Leonidas (Christos Clios). 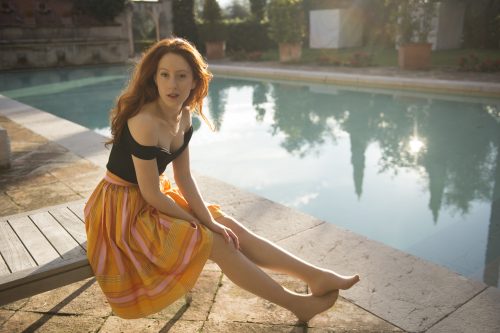 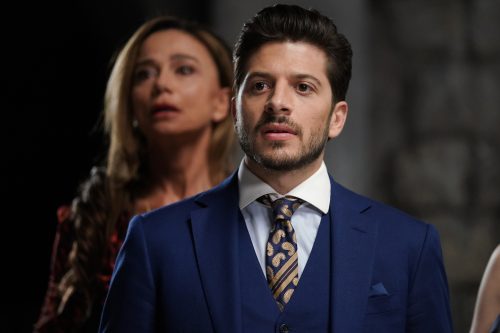 Who will be joining the cast?
The Clios's will have a new rival family in the form of the Elthams. These will include Lady Cassandra Eltham (Juliet Stevenson), son Nico (Jack Fox), daughter Daphne Eltham (Poppy Delevigne) and her partner Raafi Al-Qaadi (Alex Lanipekun). This lot are all old money and bohemian glamour. 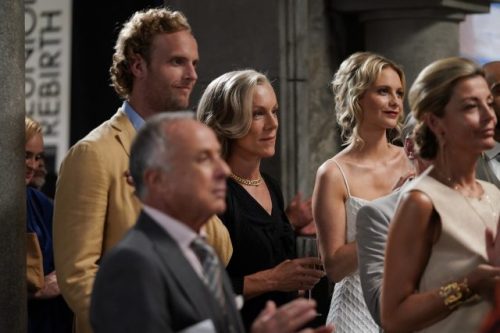 Will Arnett is also joining the cast, with the 'Arrested Development' star set to play a very mysterious uncle who "sees through her armour". (Fingers crossed he arrives on a segway but no promises.) 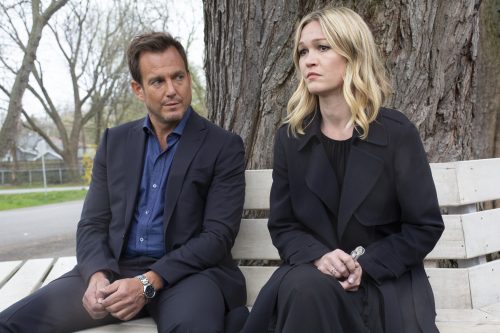 What will happen in 'Riviera' season 2?

The second season of 'Riviera' sees Georgina focused on trying to get away with murder as she fights to retain power within the Clios household and her position at the top of the elusive art world.

Things pick up immediately after that shocking ending of season 1 where Georgina murdered her step-son Adam (Iwan Rheon) after realising his involvement in Constantine's murder. The Clios family are still reeling from the devastation caused by Constantine's death, and will now have yet another loss to come to terms with, but will they find out what happened to Adam and who was behind it?

Georgina also has new arrivals the Eltham family to contend with, an English dynasty that sail into the Cote d’Azur. She goes on to form relationships with the whole family, some that appear genuine from the outset and others that unravel around her as secrets, old and new, become exposed.

She is also reunited with her charismatic uncle Jeff (Will Arnett) and we learn more about the troubled past she left behind in America. Then there's the handsome and mysterious Noah (Grégory Fitoussi) who brings trouble of his own.

Torn between her past and her present, can Georgina navigate her way to safer waters or will she lose her place in a world that she has grown to control?

Is there a trailer for season 2?

The Rise of the Female Anti-Hero

Review: Riviera is a feast for the eyes but does it deliver?

Watch: The first full length trailer for Jason Bourne has arrived in all its HD glory

Viggo Mortensen could be the villain in the fifth Bourne movie

The cast of '10 Things I Hate About You'. Where are they now?