There's a new opening for London's most powerful crime lord, and everyone is vying for the coveted spot.

Created by visionary award-winning filmmaker Gareth Evans and his creative partner Matt Flannery, 'Gangs of London' takes audiences on an immersive, gritty journey into the hidden heart of the UK's capital city.

The new Sky original tells the story of city being torn apart by the turbulent power struggles of the international gangs that control it, and the sudden power vacuum that’s created when the head of London’s most powerful crime family is assassinated.

For 20 years, Finn Wallace (Colm Meaney) was the most powerful criminal in London. But now he’s dead – and nobody knows who ordered the hit. With rivals everywhere, it’s up to his impulsive son, Sean Wallace (Joe Cole), to take his father’s place. But will Sean be able to handle the powerful ripple that is currently flowing through the city, as everyone attempts to become the one who gives the orders?

Where and when can I watch 'Gangs of London'?

All episodes of 'Gangs of London' will be available exclusively on Sky Atlantic from Thursday, April 23.

How many episodes of 'Gangs of London' are there?

'Gangs of London' is a nine-part series.

Who stars in 'Gangs of London'?

Finn came to London as a young Irish immigrant and built an empire from nothing. He met Ed Dumani when they were both in their late teens, and they instantly bonded. They were united in their ‘otherness’, and a city closed to them. As the father of three children, Billy, Sean and Jacqueline, and husband to Marian, he states that the rules of the criminal world are simple: you must be able to kill.

What have I seen him in before: What a question to ask. Colm "Ah Jaysus" Meaney is a national treasure here in Ireland. The actor has starred in countless Irish productions over the years, from 'The Snapper', 'Intermission', War of the Buttons' to 'Layer Cake'. He also received quite the following for his role as Chief O'Brien in 'Star Trek: The Next Generation' and 'Star Trek: Deep Space Nine'. 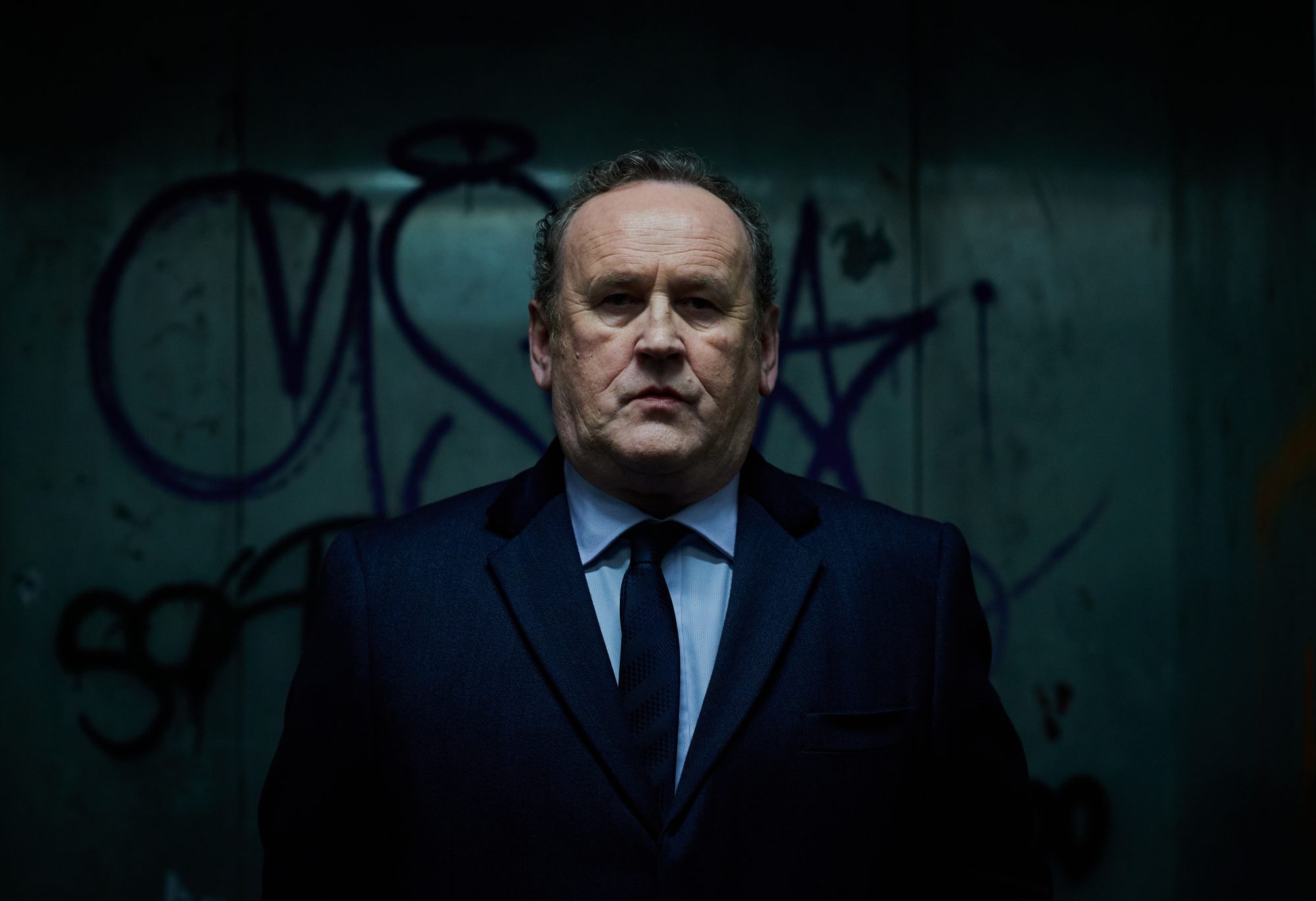 Finn's son Sean grew up craving the love and approval of his father. He always showed an interest in the criminal side of the business, wanting to know more about what his father did. Sean is strategic, charismatic, successful in his own right, and more than anything, he loves his family. Tortured by the worry that his father’s killer is within his organisation, Sean lets his violent and impulsive side take over, to the point that the Wallace organisation risks losing everything.

What have I seen him in before: You'll most likely recognise Joe Cole from his role as John Shelby in 'Peaky Blinders'. Besides that, he's had appearances in other TV shows such as 'Skins', 'Green Room', and 'Black Mirror' anthology episode 'Hang the DJ'. 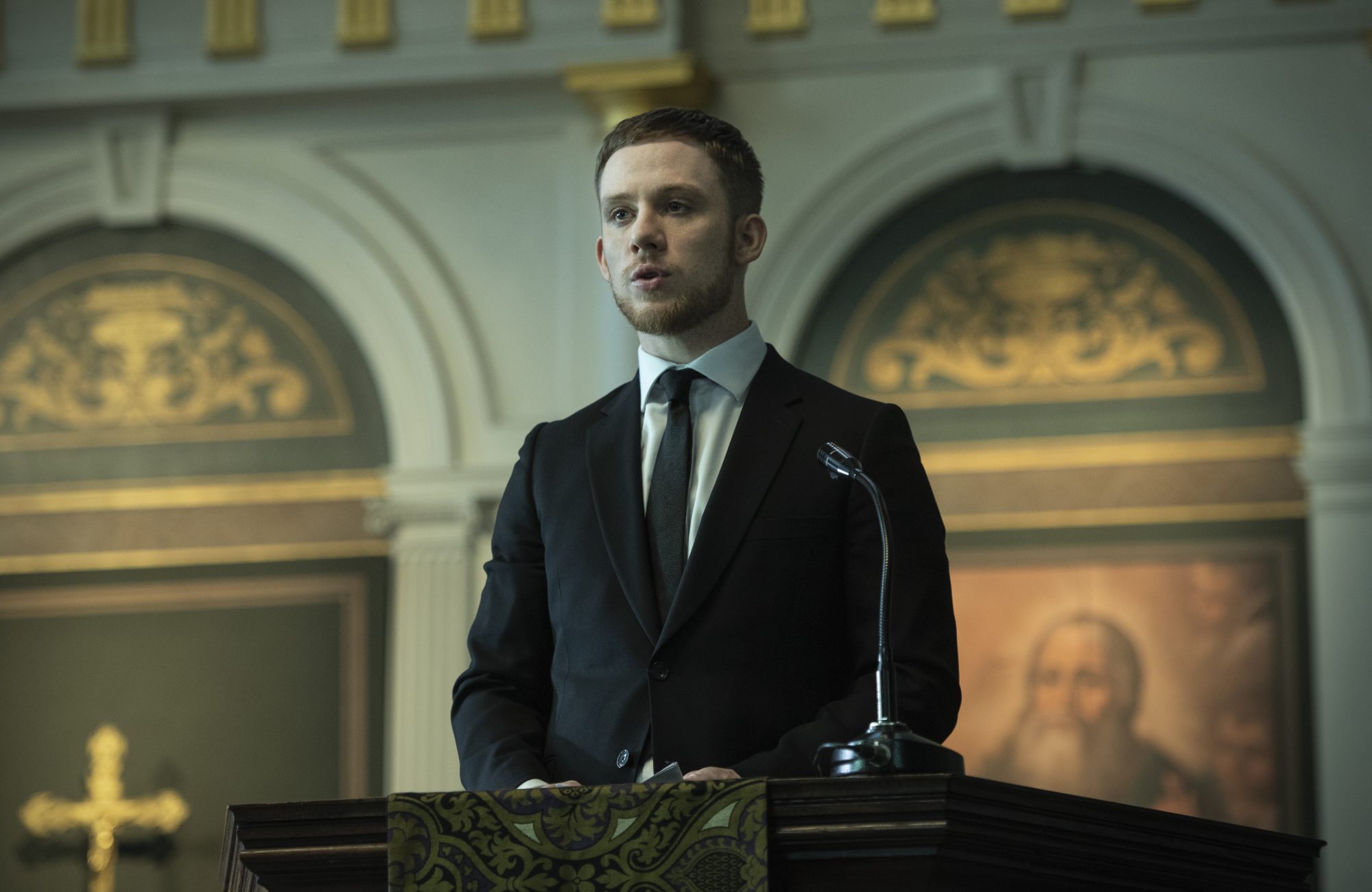 Ed joined forces with Finn Wallace to seize control of London’s underworld, and he has been Finn’s right-hand man ever since. But when Finn is killed and his son Sean takes over, all of his certainties change in a heartbeat – and now Ed must fight to keep everything he has spent years building. Ed's fear for his son Alex's fate is matched only by his pride, as he knows that Alex is the future of the organisation.

What have I seen him in before: Lucian Mcamati starred in last year's book adaptation of 'His Dark Materials', where he played Lord Faa. The actor also had roles in 'Game of Thrones' and 'Luther' which you might recognise him from. 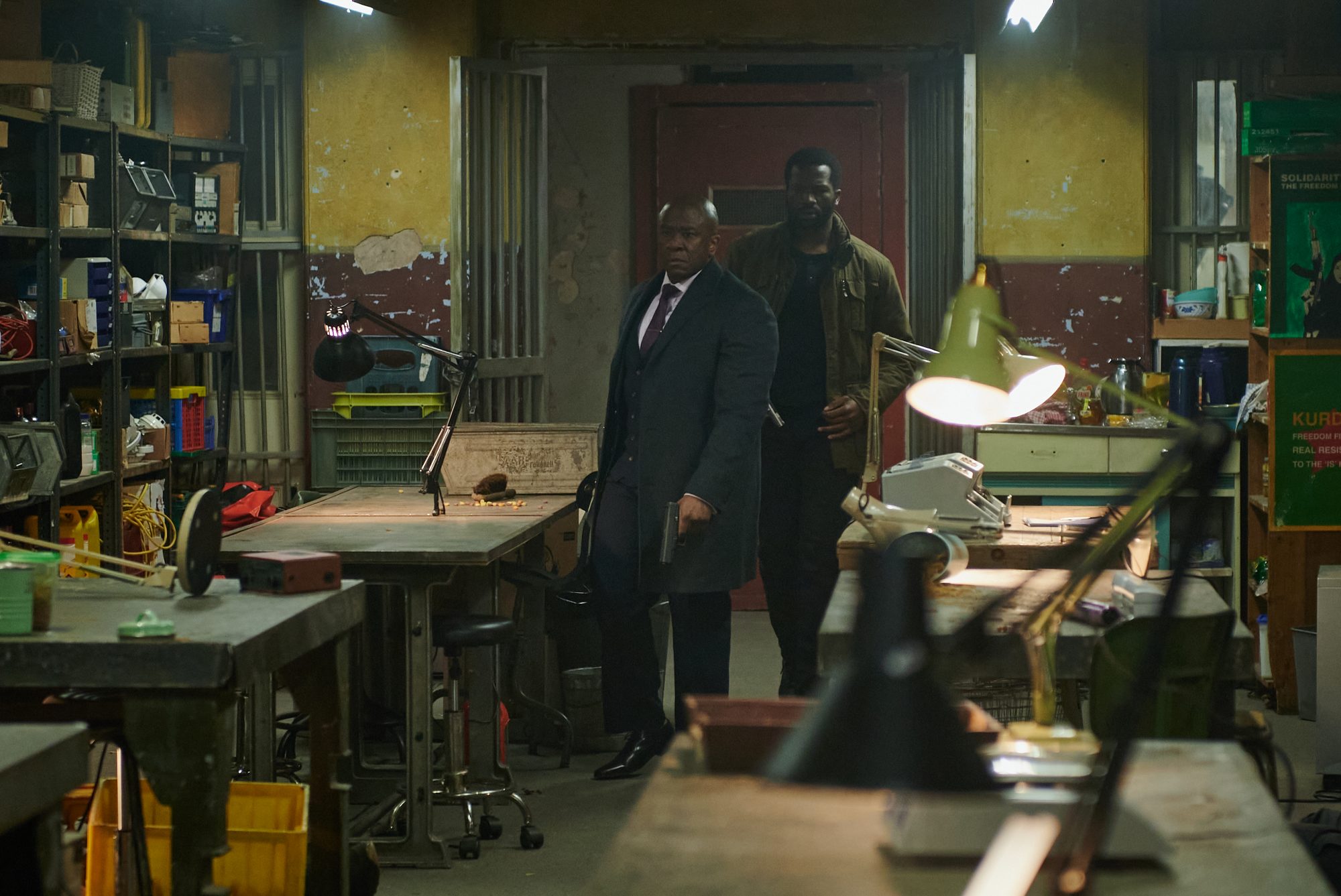 As Finn’s wife, Marian is the rock of the Wallace family and fiercely protective of her two sons. However, she is equally ambitious and unflinching when it comes to doing whatever is needed to maintain power. Recently however, Marian has started to feel she that she’s lost sight of herself, drifting too far from the person she used to be. So whilst Finn’s death causes her terrible pain – it might also become the event that finally brings her back to life.

What have I seen her in before: Northern Irish actress Michelle Fairley previously featured in the 'Game of Thrones' series, playing Catelyn Stark. Previous to this, the actress has appeared in various TV series including 'Rebellion', 'The Feed', 'The White Princess' and 'Fortitude'. 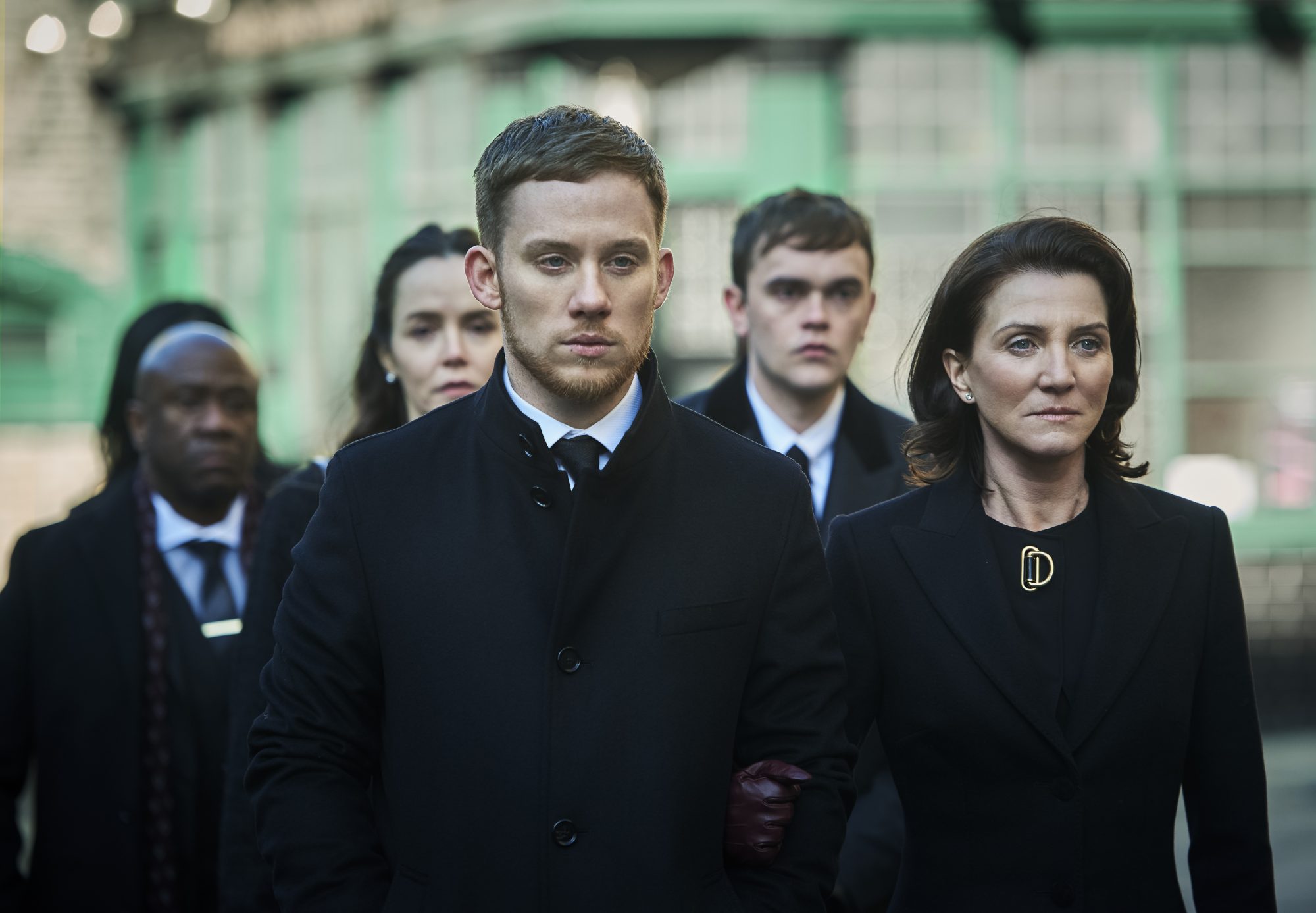 Elliot is one of life’s losers – but he’s never stopped fighting for something better. After many years of hard grafting and family turmoil, on the day of Finn Wallace’s funeral, he is finally given an opportunity too good to pass up. Gaining Sean Wallace’s trust and chasing down a key lead could be the clue that is needed to find Finn Wallace’s real assassin, he's transported into the inner circle of the Wallace family.

What have I seen him in before: Sope Disiru has had a number of roles in TV shows in the past, such as 'Humans', 'Next of Kin', 'The Halcyon', as well as 'Black Mirror' episode 'Nose Dive'. 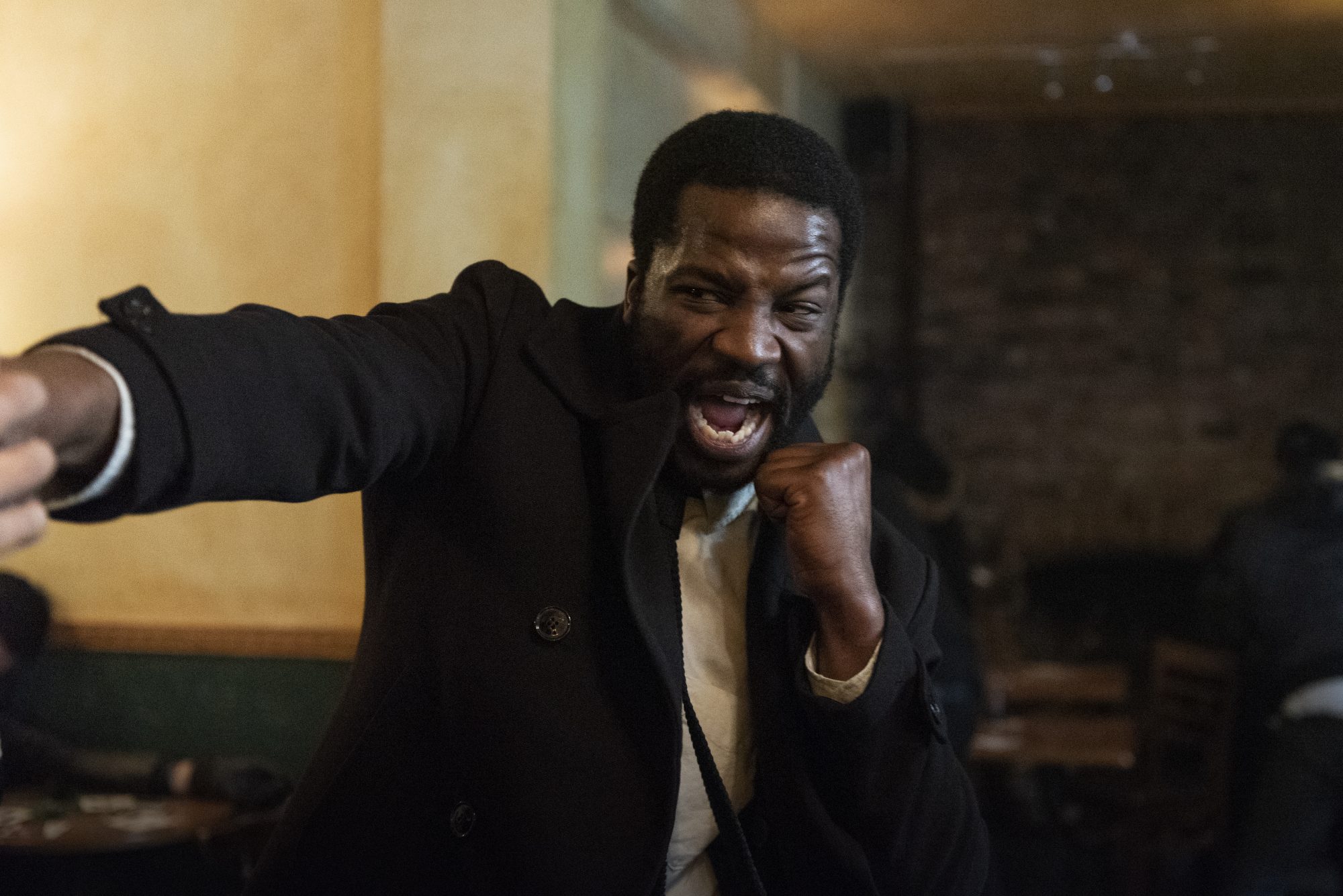 Who should watch ‘Gangs of London?

If other gritty crime dramas known for their complex action sequences and double-crossing nature are your go-to, then this will be right up your street.

'Gangs of London' is for the viewer who has previously watched the likes of 'Love/Hate', 'Peaky Blinders', 'Luther', or 'True Detective', and can't get enough of the gripping nature of these series.

There sure is, watch below:

Ah jaysus, sure it's only Colm Meaney in 'It's Always Sunny in Philadelphia'

Colm Meaney's RTÉ series 'Back to Barrytown' begins this Sunday

A second season of Sky Atlantic's 'Gangs of London' confirmed