Review: 'Velvet Buzzsaw' is a cheap horror set in the high-flying art world

The thinking behind 'Velvet Buzzsaw' is wildly original, but it's in effective as a vehicle for horror.

There's something about 'Velvet Buzzsaw' that is deliberately off-putting, but that can have two completely separate effects on audience. You'll either run faster towards it, or its insistence on being snobby and elitist will just keep you away.

There really is no in-between, and it's probably why the art world so rarely gets skewered. Last year's 'The Square' embraced the ridiculousness of it all, whereas Dan Gilroy's 'Velvet Buzzsaw' sneers at how commercialised it really is. The high-fashion costumes, the expensive cars, the air kisses and the backstabbing, it's all so vacuous and false - yet, art itself is supposed to be original and honest.

The basic premise of 'Velvet Buzzsaw' plays out like cheesy, campy horror. An art gallery worker (Zawe Ashton), desperate to impress her fiery boss (Rene Russo), discovers a treasure trove of artwork by a reclusive genius who lived in her building. The artist was desperate to destroy his work, but instead, it's bought and sold by some (Toni Collette), critiqued and praised by others (Jake Gyllenhaal) and seems to leave a trail of death in its wake.

Between all this, there's a burnt-out artist who's hit a creativity slump (John Malkovich), a young artist who's trading his credibility for money (Daveed Diggs) and endless backstabbing between galleries and buyers in order to move art and make money.

Writer / director Dan Gilroy's previous work, 'Nightcrawler', was an effective thriller about a deranged personality who finds his calling in providing violent footage to TV news. As a satire of the news media, it was rigidly on the nose and Gyllenhaal's unhinged and full-throttle performance carried it through with ease. There's less of an opportunity for Gyllenhaal to spread his wings here, but Gilroy's cynical sense of humour is still there.

For example, a dead body with its arm hacked off is thought to be a piece of art in a gallery. In another scene, a pretentious gallery owner stops at a bag of rubbish and remarks how cool it is, only for the artist in question to correct him and show him - well, a rubbish painting. 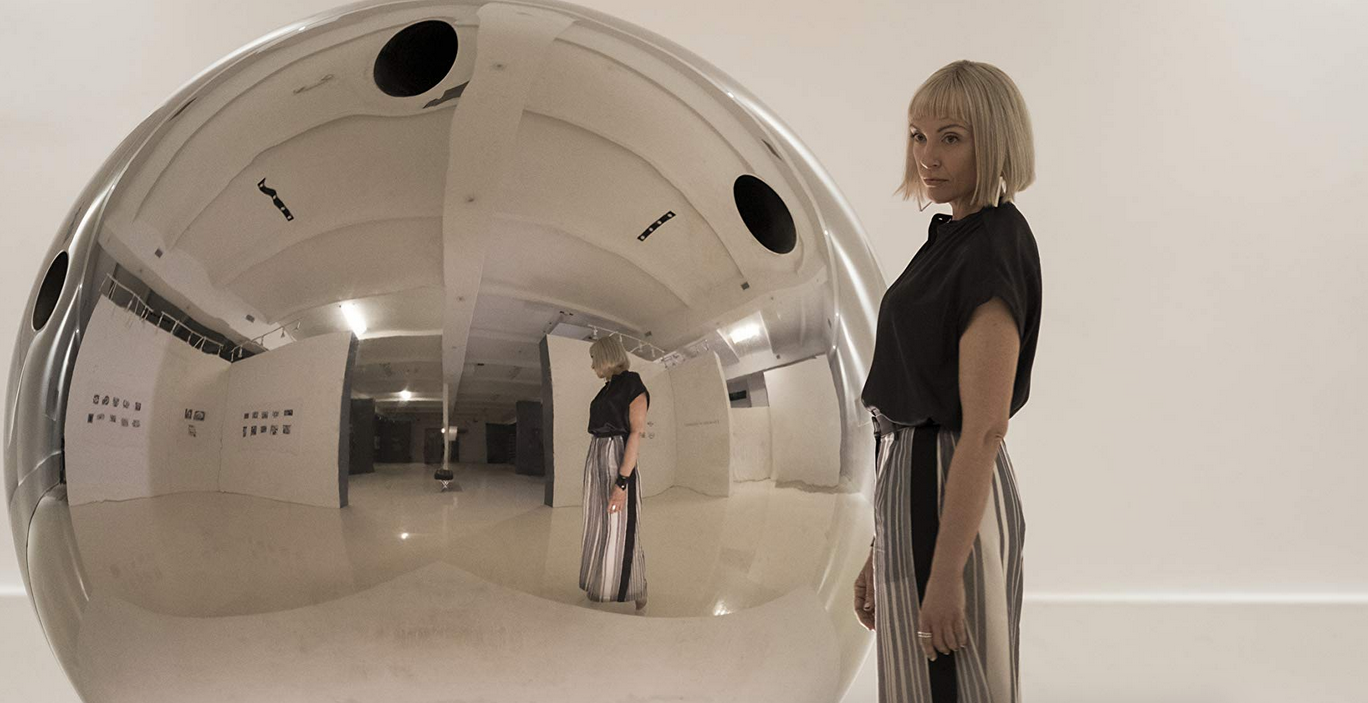 If 'Velvet Buzzsaw' was a straight-up satire comedy, it'd be brilliant. Instead, trying to sprinkle horror across the top of it only makes it too busy. What's more, the horror never fully works and isn't even remotely sharp or smart enough to warrant inclusion. It can get a little creepy in places, but it's never particularly atmospheric and plays it more for cheap thrills than anything else.

That's ultimately what lets 'Velvet Buzzsaw' down - that it tries to do much and pours so much out instead of being more disciplined with its approach. Of course, you could also argue that that's the whole point - that subtlety isn't really much a virtue in the art world, because it's all so surface-level and all about the visual.

Either way, 'Velvet Buzzsaw' is a boldly original take and probably worth a watch if you have an interest in the ar tworld, but it's nowhere close to being as good as 'Nightcrawler'.