It's an action-packed episode with a lot of revisioning for Section 31.

As much as last week's episode, 'An Obol For Charon', seemed to speak to how virtuous Starfleet - and by extension, 'Star Trek' - this week's episode seems to pulling a hard right in the opposite direction.

'Saints Of Imperfection' picks up right where we last left off, with Tilly (Mary Wiseman) trapped in the mycelial network by the weird growth thing and Stamets (Anthony Rapp) figuring out that it was, in fact, sort of like a natural transporter pod. Meanwhile, Discovery catches up with Spock's shuttle and tracks after him.

After disabling the ship, it's revealed that none other than Captain / Emperor Georgiou (Michelle Yeoh) had found Spock's shuttle and brings her back into the fold, this time to help track Hipster Spock. From there, the main plot takes over and it's all about trying to get Tilly out of the mycelial network. The first time we see her wake up inside the network is really well done, and shows just how easily horror can slip into 'Star Trek'. 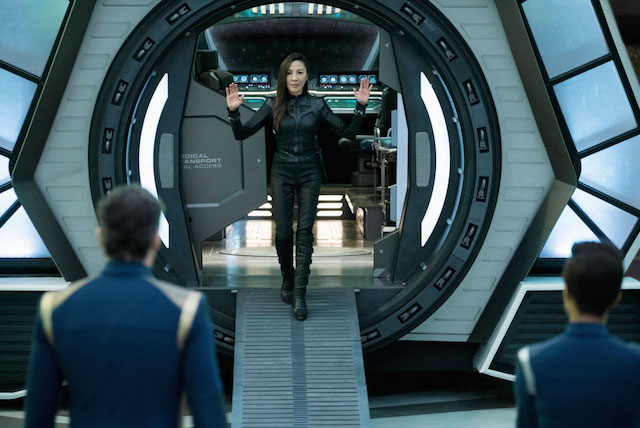 As we know from 'Point of Light', Captain / Emperor Georgiou has now been assigned to Section 31 and is, by all accounts, loving her time there. It's a similar idea that the 2013 movie 'Star Trek Into Darkness' focused on; the idea of a savage mind being used by Starfleet for the betterment of the Federation - and then it ultimately biting them in the ass. Granted, that's not explored in 'Saints Of Imperfection', but don't be surprised if that's explored in the upcoming 'Section 31' spinoff.

Before long, she's released and a liason officer - Ash Tyler (Shazad Latif), of course - is sent to replace Georgiou while they work on finding Spock. Smartly, the episode doesn't pump the brakes to let Tyler and Burnham (Sonnequa Martin-Green) to have their moment, because the episode really does crack along with the action. 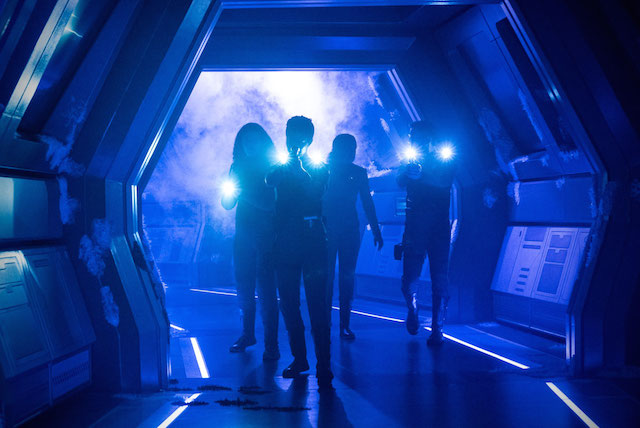 The rescue party searches USS Discovery for "the monster" who's revealed as...

Stamets comes up with an ingenious plan to essentially beach half the ship in the mycelial network as a way of getting Tilly out - even though she's already working on figuring out what's destroying the network with the help of May (Bahia Watson), the mycelial network's representative. They meet up aboard the Discovery's half-submerged corridors, but just as they're about to leave, May discovers "the monster" who has been destroying her world - and it's none other than Hugh Culber (Wilson Cruz), Stamets' dead husband and the former Chief Medical Officer of Discovery.

It's not even close to being the most ridiculous way a character has come back in 'Star Trek' history - think of Denise Crosby and how she kept coming back in 'Star Trek: The Next Generation' - but there is definitely something ham-fisted in how it's handled. To be fair, it was hinted at from the opening episode of the new season, but you almost get the sense that the better choice - dramatically, anyway - would have been to have left Culber in the mycelial network, rather than reintroduce him this way. 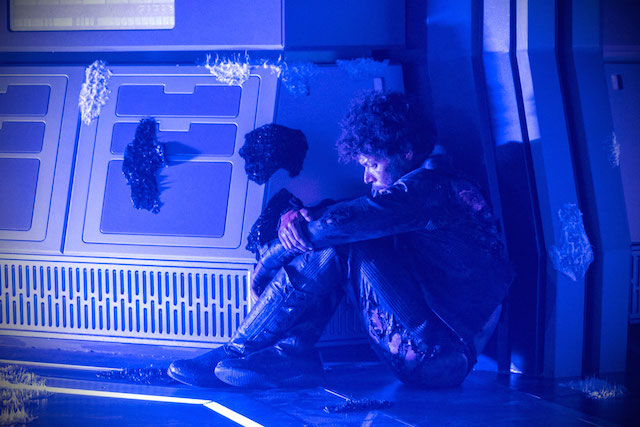 Still, he's back in the show and the episode ends on a hopeful note - something that's really been invigorating about this season. With nine episodes left in this season, it's clear that they're not rushing ahead with Hipster Spock, and are clearly building towards his return. Parking the narrative every so often like this episode and last week's makes for some entertaining, self-contained stories, but at some point, they're going to have to get back on track with it.

Maybe next's episode, 'The Sounds of Thunder', will see it move towards it. For now, 'Saints Of Imperfection' feels more like a revisionist take on Section 31. The paramilitary organisation has turned up numerous times in 'Star Trek', always as an antagonist and a reminder of how the end never justifies the means. Yet, when Admiral Cornwell brings the two captains together, she makes a point of telling Pike that his virtuousness isn't helping - and he almost seems to agree with it.

Again, like reintroducing Culber, it's not done in a terribly subtle or elegant way, but you have to wonder if this is trying to soften up the ground for the spinoff series, or if it serves an actual purpose in the overall season. At any rate, Section 31 is moving out of the shadows and this episode seems to be casting light for it.