'An Obol For Charon' is another throwback episode for 'Star Trek: Discovery', but one with a fascinasting twist.

One of the reasons why 'Star Trek' in general is more beloved than any other pop culture ephemera is just how wholesome it really is.

There's probably been countless college essays and theses devoted to the civic values of Starfleet and in 'Star Trek', how the Prime Directive / General Order 1 represents how enlightened humanity has become, and the overall optimism of it all. If you've ever watched 'Chaos On The Bridge', the documentary about the first and second season of 'Star Trek: The Next Generation', the writers constantly bemoaned the fact that Gene Roddenberry was insistent that there be no conflict among the crew.

Conflict is the essence of drama, so how do you have a drama when everyone gets along? 'An Obol For Charon' is a perfect example of how you create suspense and drama in an environment where people are empathetic, caring and understanding. The ship is pulled out of warp as it's following the warp trail of Hipster Spock and immediately attacked - or so it seems - by what can only be described as a sentient planet. 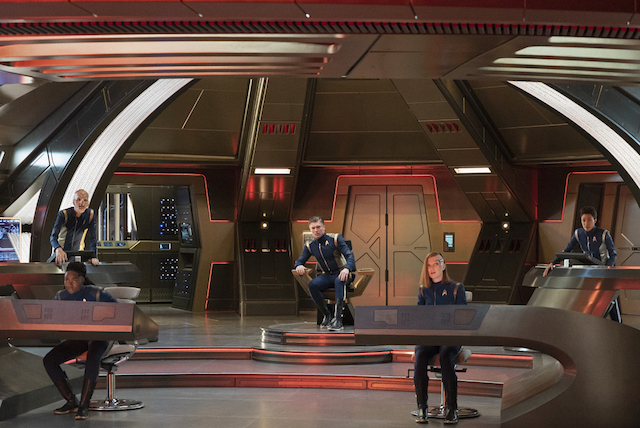 Captain Pike and the crew of Discovery encounter the sentient planet

It plays havoc with the ship's universal translator, which renders everyone on the bridge unable to speak to one another, all except for one - Saru, who knows 94 languages, and is able to fashion a quick fix while everyone tries to work the problem. It's not subtle in the slightest - that the problem in any situation is often communication, understanding someone's needs and wants, but it's so clearly hewn from what made 'Star Trek' so great and why it's so beloved.

So often we see in television nowadays that characters are fighting against each other for their own means, or simply because they can. Whether it's the endless array of crime dramas, the political machinations of 'Game of Thrones' and 'House of Cards', they're all fighting for supremacy. 'An Obol For Charon' flies in the face of the prevailing taste and goes for optimism and bright-eyed, '60s free love. As if to underline it, there's even a scene where Lt. Commander Stamets (Anthony Rapp) and Lt. Jett Reno (Tig Notaro) are high as kites on spores and tripping out like they're on LSD. Another scene sees Ensign Tilly (Mary Wiseman) singing David Bowie's 'Major Tom' with Stammets. 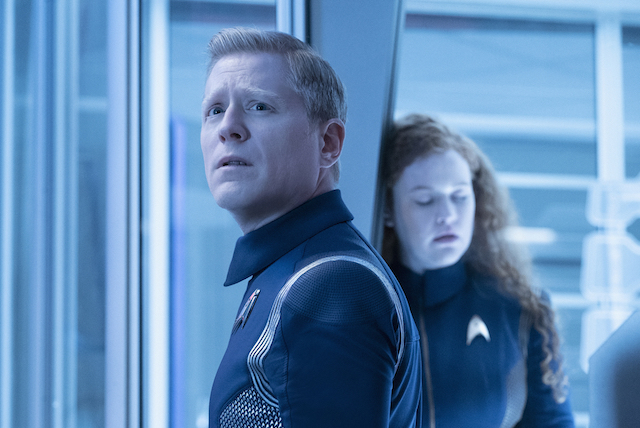 In the context of moving the overall story arc for this season, 'An Obol For Charon' pushes pause and gives Michael Burnham (Sonnequa Martin-Green) a chance to work out her fear of meeting Hipster Spock again through the context of solving the episode's sentient planet problem. Again, it's not subtle when you see it, but using a tried-and-tested format in 'Star Trek' and folding it all in together is really enjoyable.

Rebecca Romijin's character, Number One, arrives for a scene at the start of the episode merely to deliver a quick update on Hipster Spock before she's gone from the episode, undoubtedly simply to have her on screen and introduced rather than have her turn up in an all-too-convenient moment in a later episode.

As far as it goes, 'An Obol For Charon' is another throwback-style episode in 'Star Trek: Discovery'. There really are some cracking emotional beats in the story, particularly with Saru (Doug Jones) coming face-to-face with the very nature of his species and how they view death. When you think back to how convoluted and fully the last season moved against the grain, the sense of returning to the progressive and optimistic intent of the franchise as a whole becomes more evident with each passing episode.

It's really fun to watch, and here's hoping next week's episode, 'Saints of Imperfection', keeps it going.