We're back to the present day in this week's episode. The focus returns to our heroes Archie (KJ Apa), Betty (Lili Reinhart), Jughead (Cole Sprouse) and Veronica (Camila Mendes).

As you can guess from the title alone, the main trajectory of the episode is on Archie's breakout from jail. However, the threat of 'Griffins and Gargoyles' isn't far away. In fact, it emerges that even the juvenile system may have links to the deadly game.

The episode opens with an unsuccessful breakout Archie embarks on with his friends. Then Veronica discovers the prison 'fight club' Archie is in and becomes resolutely determined to get him out. As a fun bonus, she delivers one of the season's best, most self-referential lines in the scene where he fights, as she says: "I'd recognise those abs anywhere."

Having exhausted all her options, including the Innocence Project (which came and went oddly quickly), Veronica enlists Josie (Ashleigh Murray), Reggie (Charles Melton), Kevin (Casey Cott) and Betty to help her. They successfully use a drain in the pool where Archie fights for his escape.

At the same time, Betty continues to investigate the parents of Riverdale without Jug's help. Having learned about the Midnight Club, she enlists the members' children - who are her friends - to help. But they don't seem to totally trust Betty, and think they'll learn more from playing 'Griffins and Gargoyles' themselves. The apple really doesn't fall far from the tree, it seems... 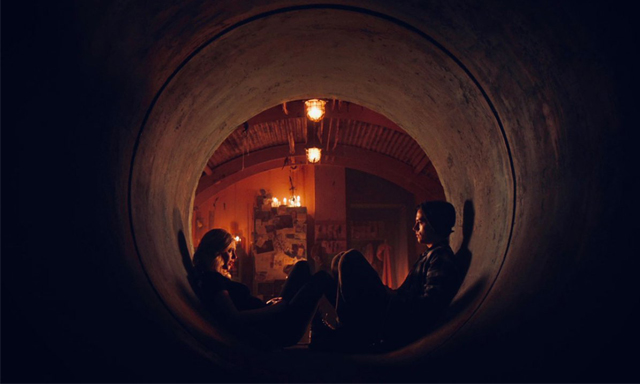 Jughead is getting increasingly wrapped up in conspiracy theories. When we last saw him, he was enraptured in the game and excited that he would soon 'ascend' to meet (and presumably defeat) the Gargoyle King. Now he has become 'game master' over a gang of the Serpents, including Cheryl (Madelaine Petsch) and Toni (Vanessa Morgan). They're putting pressure on him to take the game 'off board' but he firmly asserts they're under his command.

Jug has noticed several patterns that he is sure aren't just coincidences. He realises the kingdom of the board game, 'Eldervair', is an anagram for 'Riverdale'. What's even weirder is that as Jug leads the Serpents' latest round of 'Griffins and Gargoyles', its events are eerily close to Archie's breakout. Not only that but the warden calls Archie 'the Red Paladin', a term the gang uses playing 'Griffins and Gargoyles', and they find a mark on Archie that recalls a symbol from the game.

Two major questions arise from the 'Riverdale' episode: If not the warden (who has now killed himself), who is the Gargoyle King? And is the game somehow influencing real-life events?

Read our review for episode 4 here

Read our review for episode 3 'As Above So Below' here