'The Crown', 'The Irishman' and more.

It's definitely the time of year to sit in and see what Netflix has to offer. Thankfully, this month has lots of great new content on the way including the much-anticipated third season of 'The Crown'.

There's also a load of Christmas shows and movies added to get you in the mood for the festive season, which let's face it, will be upon us in no time.

Take a look at the best of what's new on Netflix in November below.

This heartfelt comedy about a teenager on the autism spectrum returns for a third outing. It follows Sam (Keir Gilchrist) as he heads into his first year of college and grapples with new challenges, from making friends to managing his schedule.

Opposites Guy and Sam take a road trip to save an endangered animal, learning to try new things like hope, friendship, and a certain delectable dish. 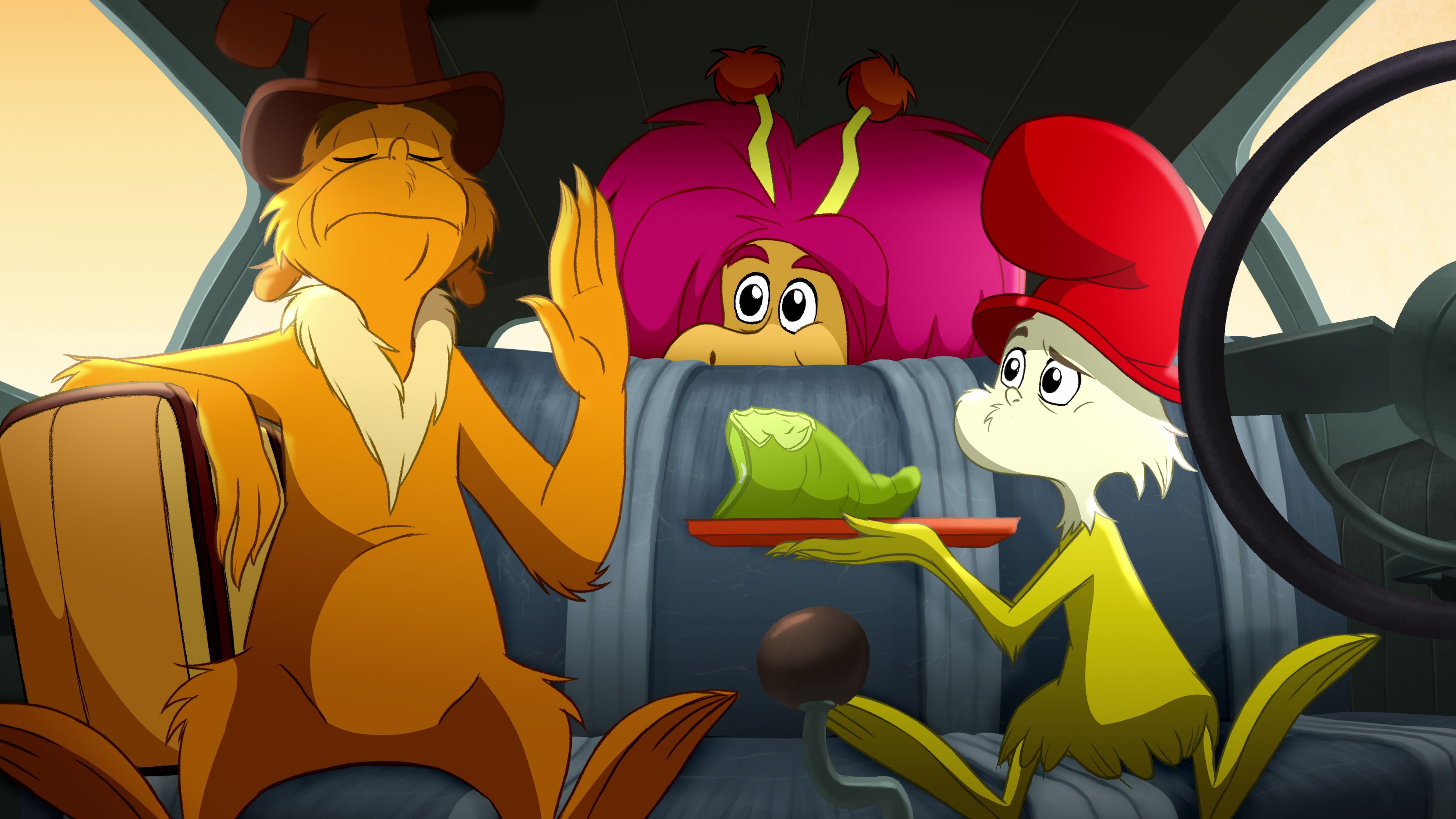 In an era where there is no roadmap to success in the music industry, global pop star Charli XCX handpicked four women to form the alt-pop band, Nasty Cherry. The latest signing to Charli XCX’s label, Nasty Cherry is an unconventional mix of seasoned musicians and first-timers. This six-episode series documents their origin story - from moving in together and their first practice to their first performance and debut single release and everything in between.

Take a deep dive into the origins and creative battles behind Teenage Mutant Ninja Turtles, Power Rangers, My Little Pony and wrestling figures. The third season of 'The Crown' sees a new guard sweep into Downing Street, as Queen Elizabeth (now played by Olivia Colman) and her family struggle to meet the challenges of a rapidly changing Britain. From cold-war paranoia, through to the jet-set and the space age - the exuberance of the 1960s and the long hangover of the 1970s - Elizabeth and the Royals must adapt to a new, more liberated, but also more turbulent world. Written by Peter Morgan, 'The Crown' also stars Helena Bonham Carter as Princess Margaret, Tobias Menzies as The Duke of Edinburgh, Josh O'Connor as Prince Charles, Erin Doherty as Princess Anne, Ben Daniels as Lord Snowdon, Jason Watkins as Prime Minister Harold Wilson and Charles Dance as Lord Mountbatten.

The Dolly music you love, the stories you’ve been waiting for. Dolly Parton’s Heartstrings is an anthology series that showcases the stories, memories, and inspirations behind her most beloved songs. New and classic Dolly music will score every episode. Each story will vary in tone, from love stories and inspirational tales to family dramas, westerns, and revenge comedies. 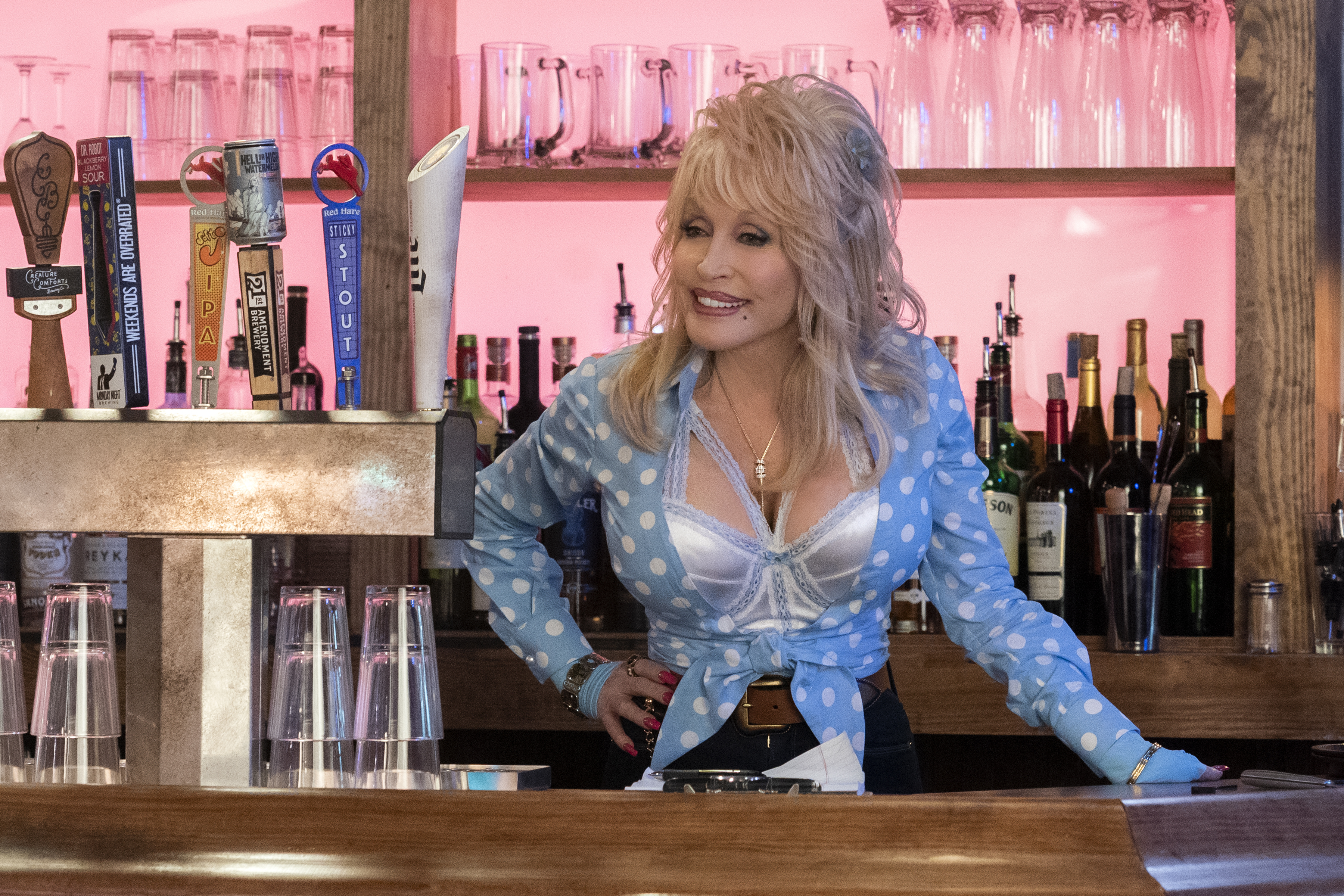 Jingle bells. Funky smells. Panic in the air. 'Nailed It!' are bringing hilarity home for the holidays with wonder-fail creations and woefully botched bakes.

A strong-willed dad navigates the stress of the holiday season when his daughter brings her new boyfriend home for Christmas. Starring Dennis Quaid. It's everything you love about 'Sugar Rush' with a holly jolly holiday twist in this Christmas-themed spin on competitive baking. 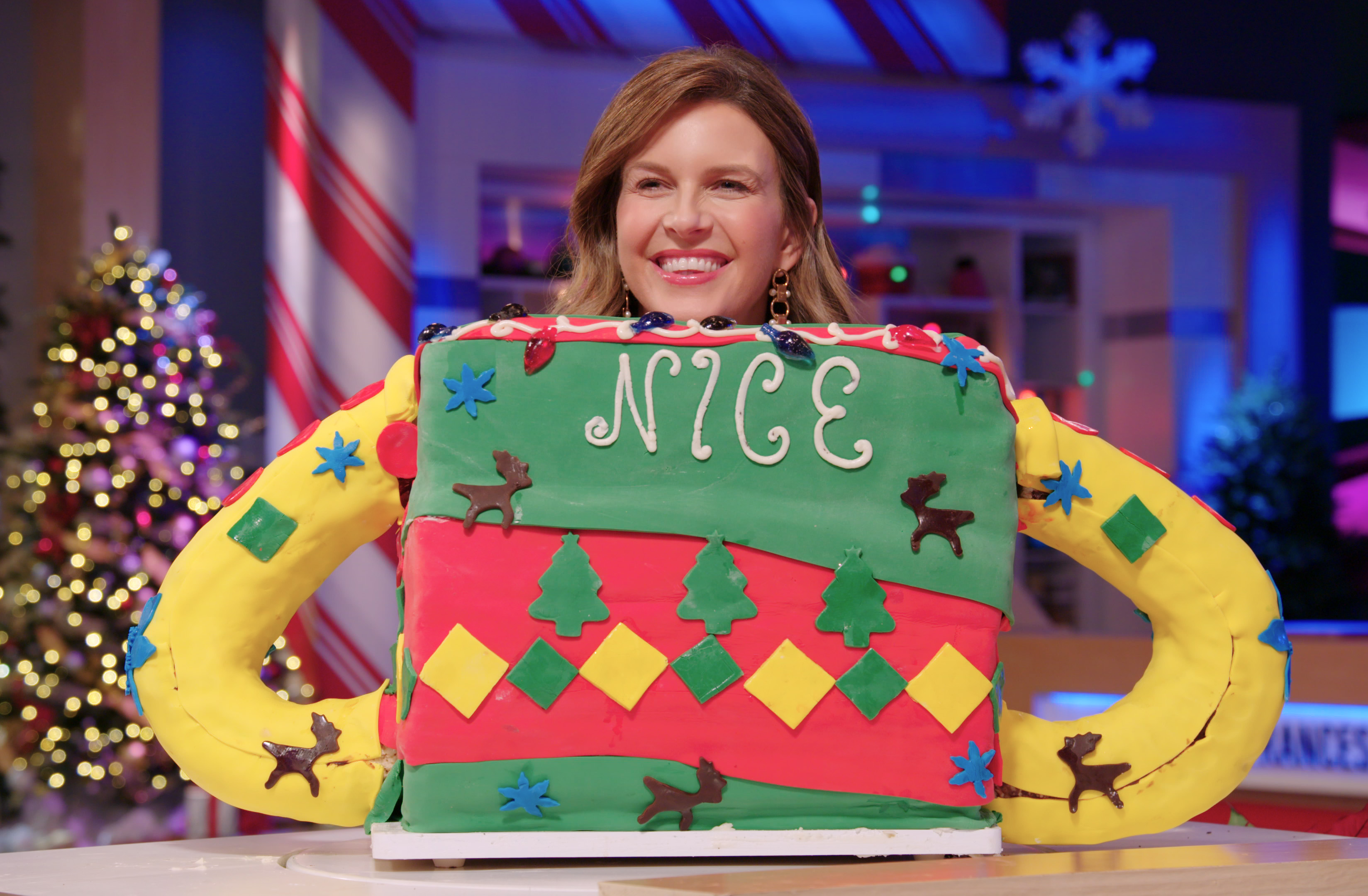 Get the real story behind the blockbusters that defined a generation. Actors, directors and industry insiders lead the way on essential deep dives.

Official teaser poster for The Movies That Made Us!
Coming Soon to Netflix - Late 2019 pic.twitter.com/0Oj3lLyIO7

Based on the acclaimed Broadway play, the Netflix Television Event 'American Son' tells the story of Kendra Ellis-Connor (Emmy-nominee Kerry Washington), the mother of a missing teenage boy, as she struggles to put the pieces together in a South Florida police station. Steven Pasquale, Jeremy Jordan and Eugene Lee also reprise their roles in the adaptation which presents four distinct viewpoints, while also navigating the unique dynamic of an interracial couple trying to raise a mixed-race son. To keep her spirits high when their son leaves for college, Manhattanite Kate Conrad (Kristin Davis) has booked a ‘second honeymoon’ with her husband. Instead of thanking her, he brings their relationship to a sudden end; jilted Kate proceeds to Africa for a solo safari. During a detour through Zambia, she helps her pilot, Derek Holliston (Rob Lowe), rescue an orphaned baby elephant. They nurse him back to health at a local elephant sanctuary, and Kate extends her stay through Christmastime. Far from the modern luxuries of home, Kate thrives amidst majestic animals and scenery. Her love for the new surroundings just might extend to the man who shared her journey. Totally cheesy yes, but sure look, it's Charlotte. Hal (Timothée Chalamet), wayward prince and reluctant heir to the English throne, has turned his back on royal life and is living among the people. But when his tyrannical father dies, Hal is crowned King Henry V and is forced to embrace the life he had previously tried to escape. Now the young king must navigate the palace politics, chaos and war his father left behind, and the emotional strings of his past life — including his relationship with his closest friend and mentor, the ageing alcoholic knight, John Falstaff (Joel Edgerton). Directed by David Michôd and co-written by Michôd and Edgerton, 'The King' co-stars Sean Harris, Ben Mendelsohn, Robert Pattinson, and Lily-Rose Depp.

A snowstorm hits a small town on a cold Christmas Eve, affecting the friendships, love lives and futures of several high school seniors. Stars Sabrina herself (the new one) Kiernan Shipka.

When Jesper (Jason Schwartzman) distinguishes himself as the postal academy’s worst student, he is stationed on a frozen island above the Arctic Circle, where the feuding locals hardly exchange words let alone letters. Jesper is about to give up when he finds an ally in local teacher Alva (Rashida Jones) and discovers Klaus (Oscar winner J.K. Simmons), a mysterious carpenter who lives alone in a cabin full of handmade toys. These unlikely friendships return laughter to Smeerensburg, forging a new legacy of generous neighbours, magical lore and stockings hung by the chimney with care. An animated holiday comedy directed by 'Despicable Me' co-creator Sergio Pablos, 'Klaus' co-stars Joan Cusack, Will Sasso and Norm Macdonald. After a sorceress transports medieval knight Sir Cole (Josh Whitehouse) to present-day Ohio during the holiday season, he befriends Brooke (Vanessa Hudgens), a clever and kind science teacher who's been disillusioned by love. Brooke helps Sir Cole navigate the modern world and tries to help him discover how to fulfil his mysterious one true quest — the only act that will return him home. But as he and Brooke grow closer, Sir Cole begins to wonder just how much he wants to return to his old life. Robert De Niro, Al Pacino and Joe Pesci star in Martin Scorsese’s'The Irishman', an epic saga of organized crime in post-war America told through the eyes of World War II veteran Frank Sheeran, a hustler and hitman who worked alongside some of the most notorious figures of the 20th century. Spanning decades, the film chronicles one of the greatest unsolved mysteries in American history, the disappearance of legendary union boss Jimmy Hoffa, and offers a monumental journey through the hidden corridors of organized crime: its inner workings, rivalries and connections to mainstream politics.

Popular New York radio DJ Rush Williams (Romany Malco) has been spoiling his four children since they lost their mom. Unfortunately, the kids share their pricey Christmas lists right when he loses his job. To keep Rush on the air, his producer Roxy Richardson (Sonequa Martin-Green) and his Aunt Jo (Darlene Love) plan to help him buy another station — if the Williams family can downsize fast and embrace a simpler life. In this heart-warming film, a loving father reconnects with his children and opens his heart to love when they all learn that true joy comes from not what you have but who you have around you. 'Late Night' host Seth Meyers steps out from behind his desk and onto the stage at the Pantages Theatre in Minneapolis to explain to his fans that you can love a lobby baby as much as a hospital baby... in time. In his Netflix comedy-special debut, 'Seth Meyers: Lobby Baby', Meyers touches upon fatherhood, politics and why you should never take your girlfriend to Paris for her birthday.

Multi-hyphenate comedy veteran, Jeff Garlin - best known as Curb Your Enthusiasm’s Jeff Greene – brings his new Netflix comedy special 'Jeff Garlin: Our Man in Chicago'. Filmed in his hometown Chicago and on the 37th anniversary - to the day - of his comedy debut, the one-hour special is ripe with Garlin’s signature blend of storytelling and improv. The comedian takes viewers on a stroll down memory lane, with some detours into the personal lives of the audience, a few hours in jail and enough donuts to last a lifetime. 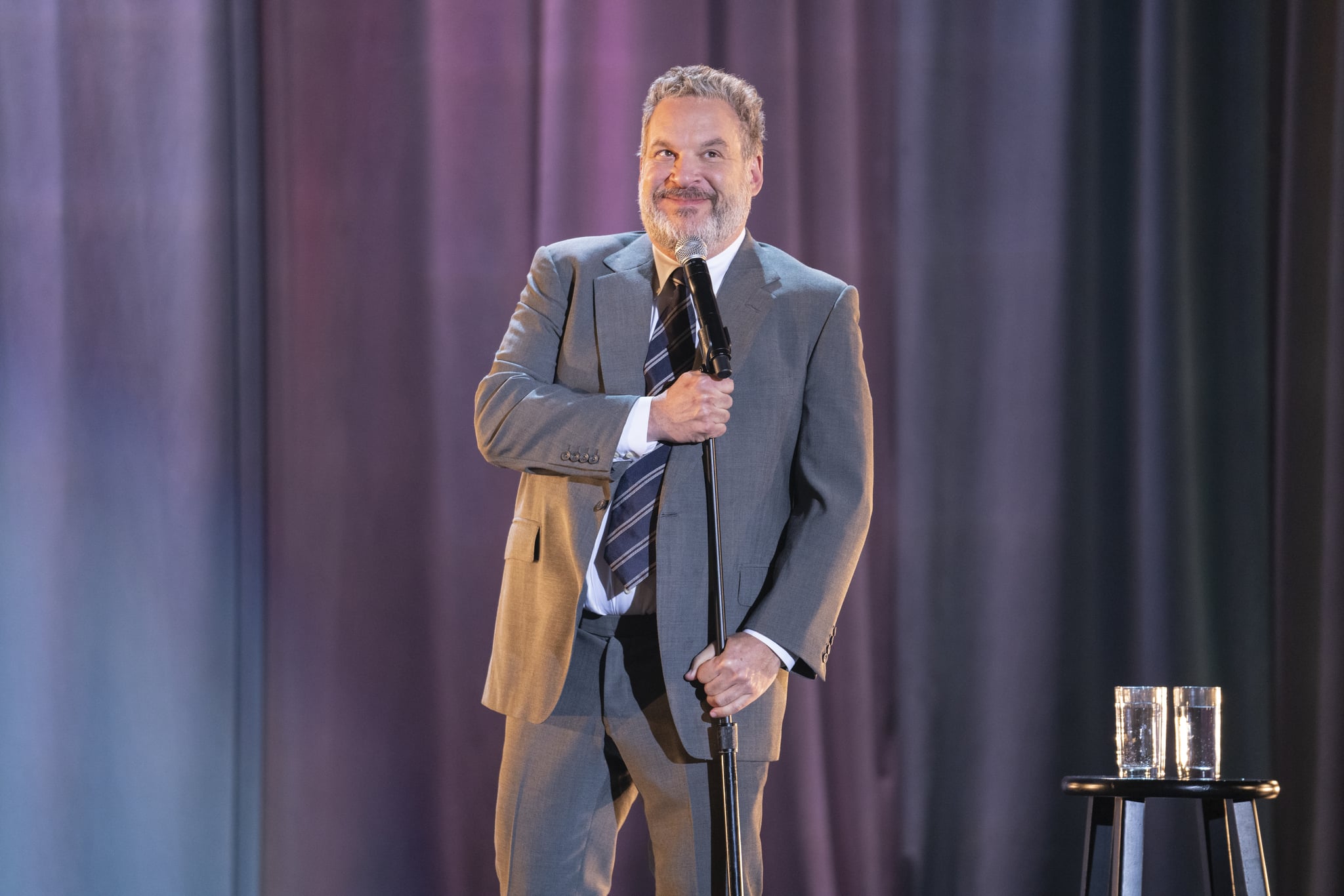 Iliza Shlesinger is back in her fifth Netflix original comedy special with a ring on her finger and stories to tell, Iliza pulls back the veil on wedding planning, garters, honeymooning, and the dangers of a zombie bachelorette army. 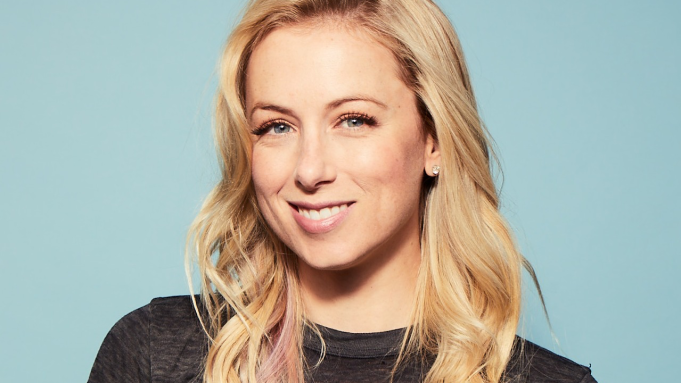 Comedian and storyteller Mike Birbiglia brings his award-winning Broadway show to a global audience for his newest and most highly anticipated Netflix comedy special. Filmed at the Cort Theatre in Manhattan, Birbiglia brilliantly blends observational and confessional comedy as he struggles with the existential question of whether he wants to bring a child into the world. 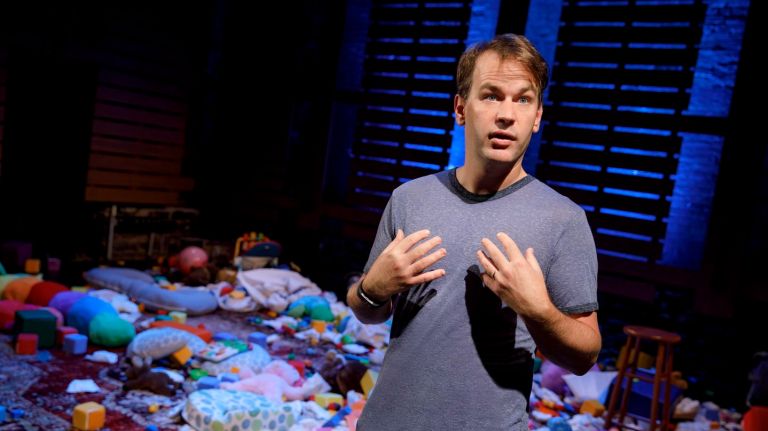 The son of a pastor and one of 8 home-schooled children, Crist evaluates the weakness of millennial culture, how to be a "good" Christian, dating in the modern era and more. Filmed while on his Human Being Tour at the Lyric Theatre in Birmingham. 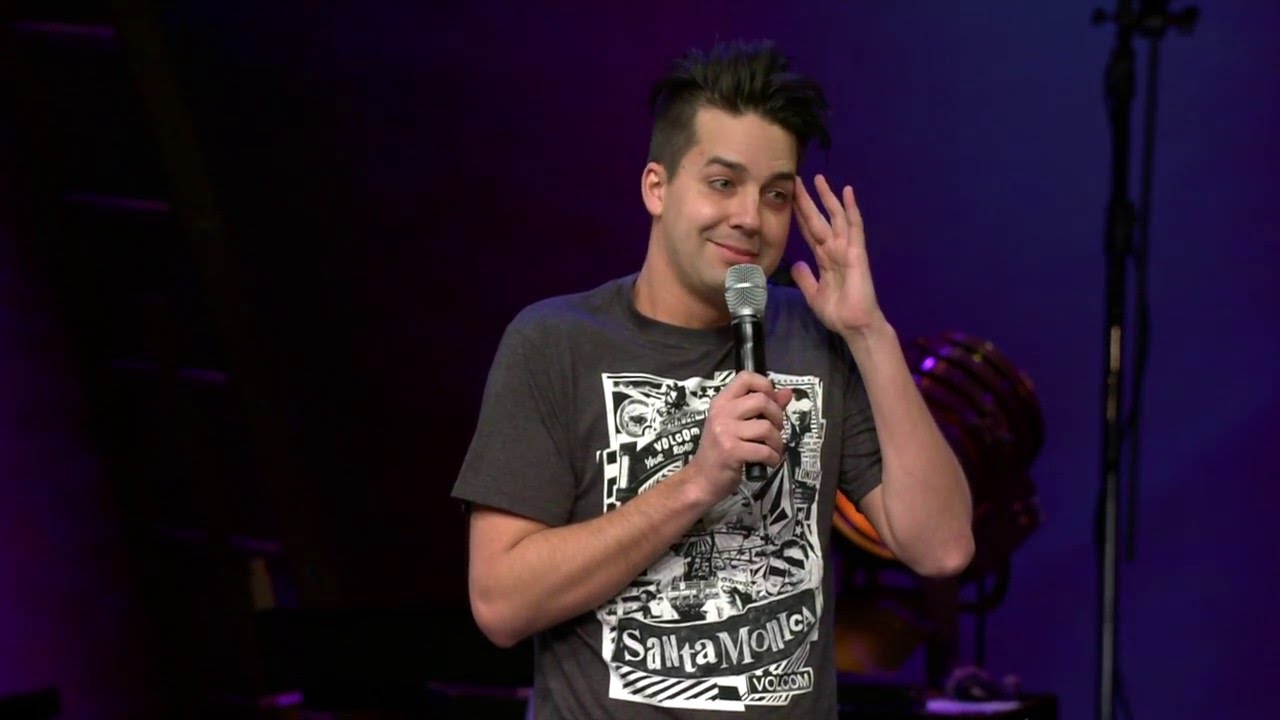 This documentary short chronicles the Camp Fire tragedy in Paradise, CA, beginning the morning of November 8, 2018. The film charts the course and consequences of the harrowing disaster — part of a terrifying new trend in California wildfires, and the deadliest fire in the United States in over 100 years — through personal interviews and first-hand video footage from survivors and emergency responders.

A Cleveland grandfather stands accused of an Earth-shattering crime - being the infamous Nazi concentration camp guard known as Ivan the Terrible.

Arguably soccer’s greatest player, Diego Maradona comes to Culiacán, the heart of the Sinaloa Cartel, to save the local team, and maybe himself, too. This doc explores the dramatic rise and fall of Bikram Choudhury, the controversial founder of hot yoga 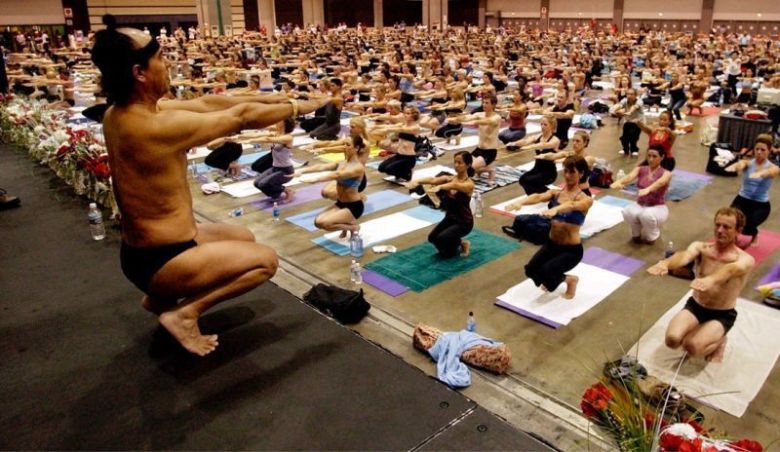 From the creators of the critically-acclaimed series 'Rotten' and 'Anthony Bourdain: Parts Unknown', Netflix’s new investigative documentary series 'Broken' exposes the unknown fraud, corruption and negligence behind some of the world’s most popular merchandise. Launching just days before Black Friday - the biggest shopping event of the year - 'Broken' takes on four big consumer arenas including cosmetics, e-cigarettes, furniture and plastics.