The new TV series from the mind of 'Game of Thrones' writer George R.R Martin. With humankind's future at stake, a group of scientists and a powerful telepath venture into the void aboard a spaceship full of secrets. Irish actors Brían F. O'Byrne and Eoin Macken star alongside Gretchen Mol ('Boardwalk Empire'), David Ajala ('Fast & Furious 6'), and Sam Strike ('EastEnders').

Russian Doll follows a young woman named Nadia (Natasha Lyonne) on her journey as the guest of honor at a seemingly inescapable party one night in New York City. 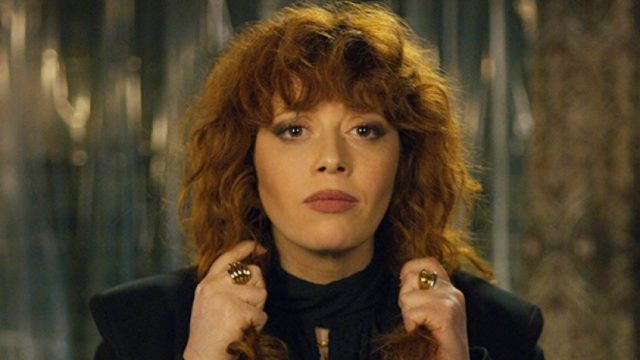 Spanish drama - An influential Galician drug cartel leader must seek out his successor while keeping his degenerative disease a secret.

Yoann Peeters finds himself tangled in another disturbing murder case when his former psychiatrist asks for help proving a patient's innocence.

Delve into the delectably diverse world of Chinese cuisine and discover its regional variations and unique histories.

True crime anthology series - This first season tells the story of how a romance with the charismatic John Meehan spiraled into secrets, denial, manipulation and, ultimately, survival – with horrific consequences for an entire family.

Every episode, one single goes on five first dates filled with flirty banter, awkward exchanges and moments of true connection. Who will get a second date? Netflix's first original dating show takes an honest and compelling look at the real world of dating.

This is an original comedy series created by and starring Catherine Reitman that tests the modern ideal that women really can have it all.

Vanessa and Scarlet embark on a search for the four Elders whose totems can raise the Dark One, while the new threat of vampire daywalkers grows.

Reunited by their father's death, estranged siblings with extraordinary powers uncover shocking family secrets -- and a looming threat to humanity. The show is based on the popular Eisner award-winning comics and graphic novels created and written by Gerard Way. It stars Ellen Page and Irish actor Robert Sheehan ('Love/Hate').

A gifted writer who's the youngest editor-in-chief ever at his publishing company gets enmeshed in the life of a former copywriter desperate for a job.

Mysterious events in different regions of the galaxy launch Discovery on a new mission with a temporary captain: Christopher Pike of the Enterprise.

New on Prime Video: 'The Contractor', 'The Wilds', 'Lovestruck High'

New on Sky: 'The Flight Attendant', 'The Staircase', 'The Time Traveler’s Wife'