Netflix Review: 'When They See Us' is a force to be reckoned with

The four-part mini-series is on Netflix now

A four-part mini-series hits Netflix today that demands to be seen by all.

Directed by Ava DuVernay ('13th'), 'When They See Us' chronicles the true life case of five black teenagers convicted of a rape they didn't commit. The series kicks off with the night of the incident in 1989. It then follows through to the court cases, and culminates with their names being cleared. Antron McCray, Kevin Richardson, Yusef Salaam, Raymond Santana and Korey Wise's lives were devastatingly changed forever.

The first episode of 'When They See Us' - which sees the boys hanging out in Central Park and later being interrogated by police - is a little muddled, if one is perfectly honest. It zips through who's who to get into the events. Then again, this seems to be a deliberate choice of DuVernay's given later, how the boys handle the court case and time in jail is more revealing of the kind of people they are. It's a fantastic performance from the young cast of Asante Blackk, Caleel Harris, Ethan Herisse, Marquis Rodriguez and Jharrel Jerome. Jerome especially deserves a lot of credit for playing both the young and adult versions of Korey Wise. (Different actors step in as the other boys grow.)

It's an impressive cast that DuVernay has lined up. Felicity Hoffman, John Leguizamo, Vera Farmiga, Logan Marshall Green, Joshua Jackson and Famke Janssen all pop up. Whether they've big or small parts, are renowned names or less known, each actor makes every moment of their role count. Hoffman as prosecutor Linda Fairstein is especially haunting. 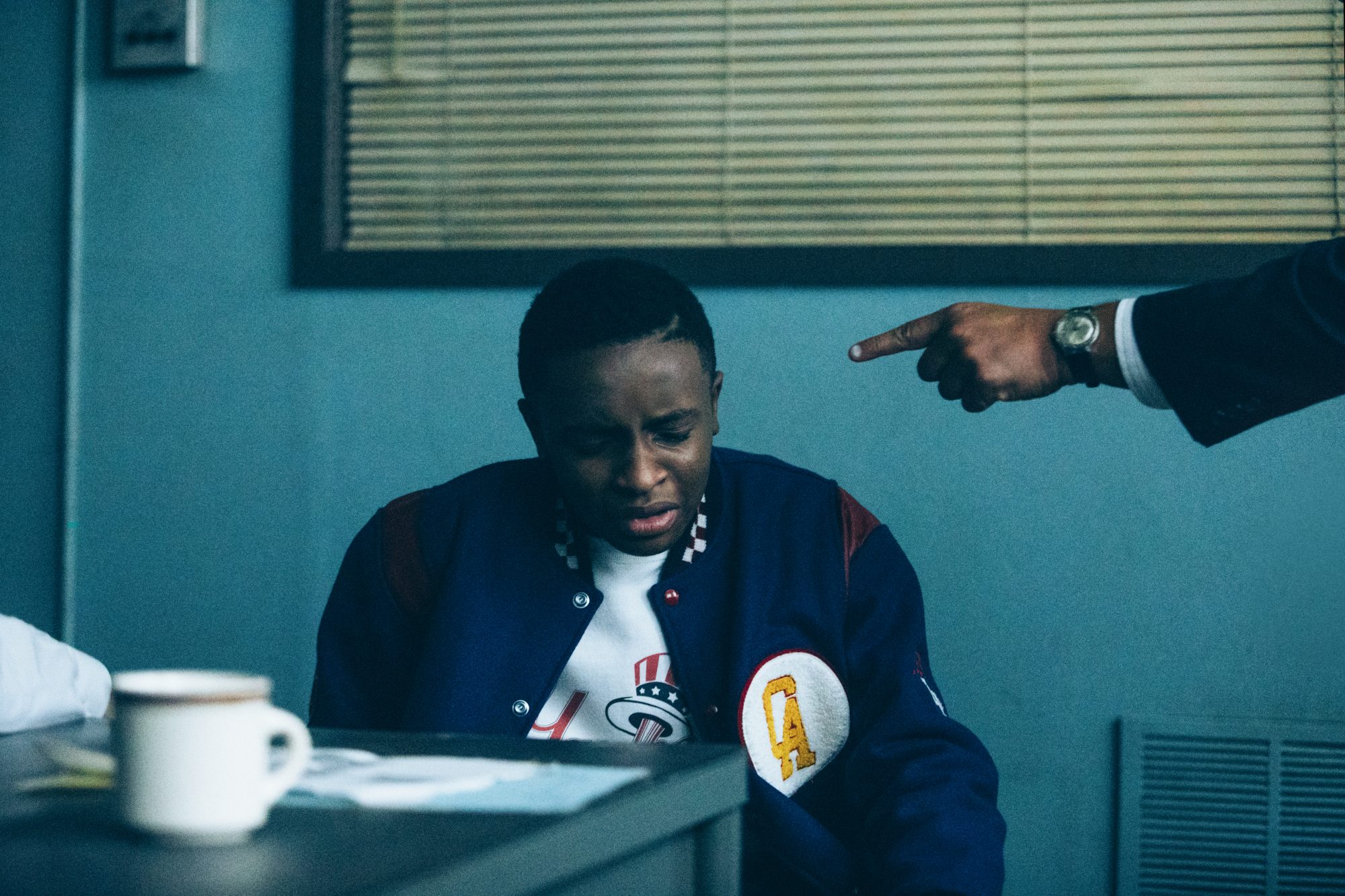 Led by strong, impassioned performances, 'When They See Us' moves at an efficient pace. The interrogation methods used against the children incite disgust - the cops are clearly out for blood. Later in court, one is appalled as tapes are edited and evidence is omitted so the accused don't stand a chance. Episode 2 excels here, depicting the trials. As 'Extremely Wicked, Shockingly Evil and Vile' demonstrated, recreating real life cases isn't an easy accomplishment. One of the standout and most pointed moments of the episode portrays Trump's response to the case. He had a New York Times full-page ad published calling for the death penalty to be brought back in the wake of the case.

Episode 3 involves a flash forward as we follow four of the five having been released from prison; episode 4 is reserved for Corey Wise's prison experience. For the latter, DuVernay draws extensively from the injustices of the legal and prison system she highlighted in '13th'. As with the previous episodes, there's a sense of tragedy running through both. In three, we see the boys return to their families as men, their childhood lost. Their families have changed and gone in different directions. They struggle to get jobs and hold onto relationships.

Each part of the series could almost be standalone, but emotion and passion runs consistently through the adaptation. The message that not only these boys' freedom but also the lives they could've had was taken away is hammered home in Wise's story. 'What They See in Us' can get overly sentimental, and it's oddly trippy at the end, but it's still a tour de force of a show that is unrelenting in its message; and topped off with a beautiful, rousing, hopeful ending.