This is not what we were expecting

'Triple Frontier' arrives on Netflix today and it's definitely worth checking out. It sees five friends, all military veterans who served as Special Forces operatives, reunite to rob a South American drug lord. As their skills, loyalties and morals are tested, the group comes to realise the true cost of their task.

When Netflix turns its attention to proven directors, the quality of their original film content improves exponentially. Such was the case with Oscar nominee 'Roma', directed by Alfonso Cuaron ('Gravity'), and Alex Garland's 'Annihilation'. The director-writer of 'Triple Frontier' is J.C. Candor (renowned for 'Margin Call', 'All is Lost' and 'A Most Violent Year') while its co-writer, Mark Boal, wrote 'The Hurt Locker' and 'Zero Dark Thirty', both of which 'Triple Frontier' is comparable with. What they've come up with is a solid action-thriller that proves more thought-provoking and even emotional than expected. 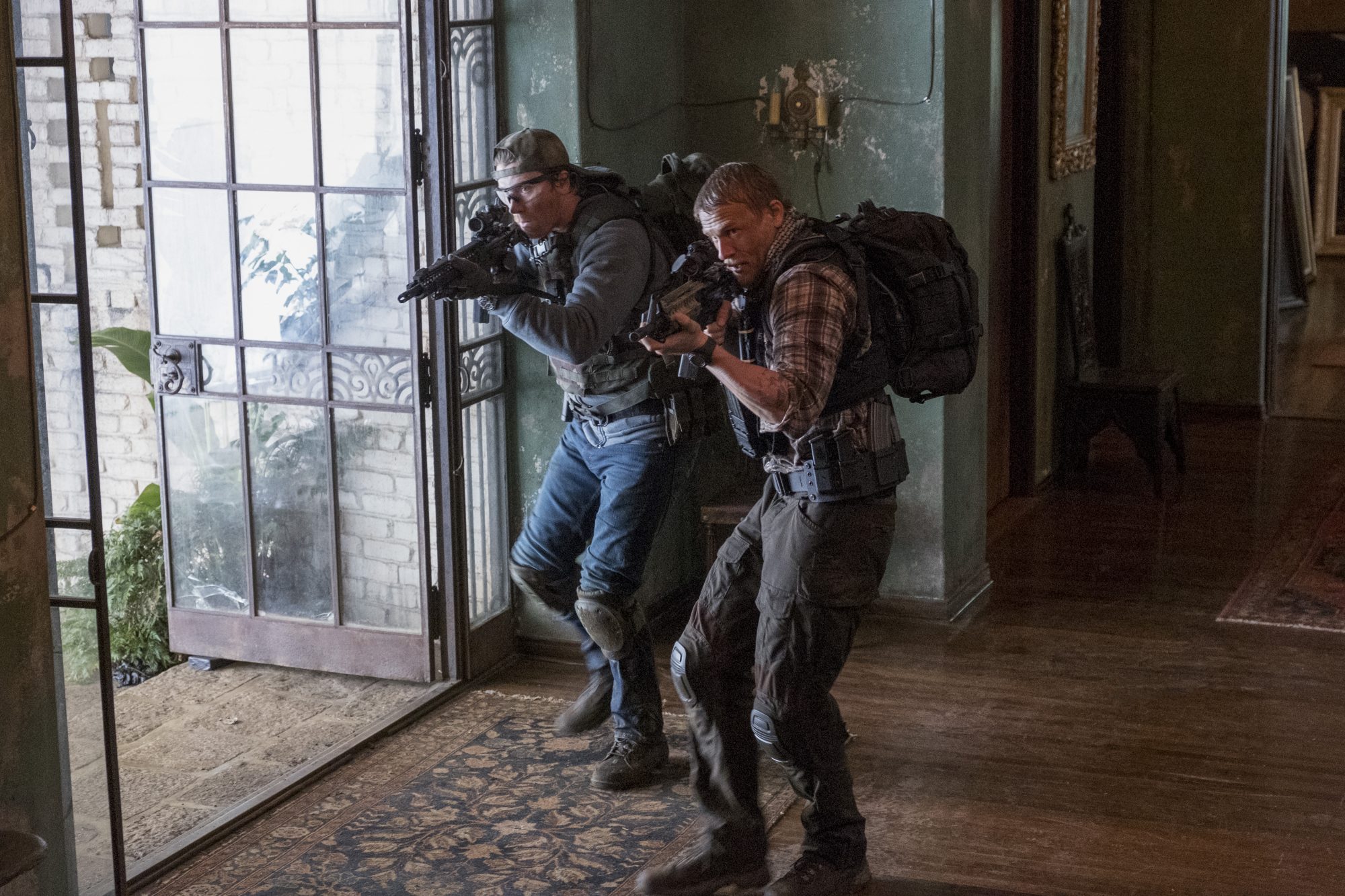 The cast rundown of 'Triple Frontier' packs a punch. Ben Affleck, Oscar Isaac, Charlie Hunnam, Garrett Hedlund and Pedro Pascal all prove why they're at the top of their game. The characters feel genuine, and there's a fascinating psychological game going on between them as greed and distrust arise. Initially Affleck's character seems almost cliched - a divorced, retired soldier with a disgruntled teenage daughter who now (unsuccessfully) sells condos. The opportunity to get his hands on so much money changes him - as it does the others. Meanwhile Isaac's character is motivated not only by greed but also by a determination to take down the drug lord who is the key source of the crime and corruption he has been fighting against as a police officer operating between Paraguay, Argentina and Brazil (the titular Triple Frontier). 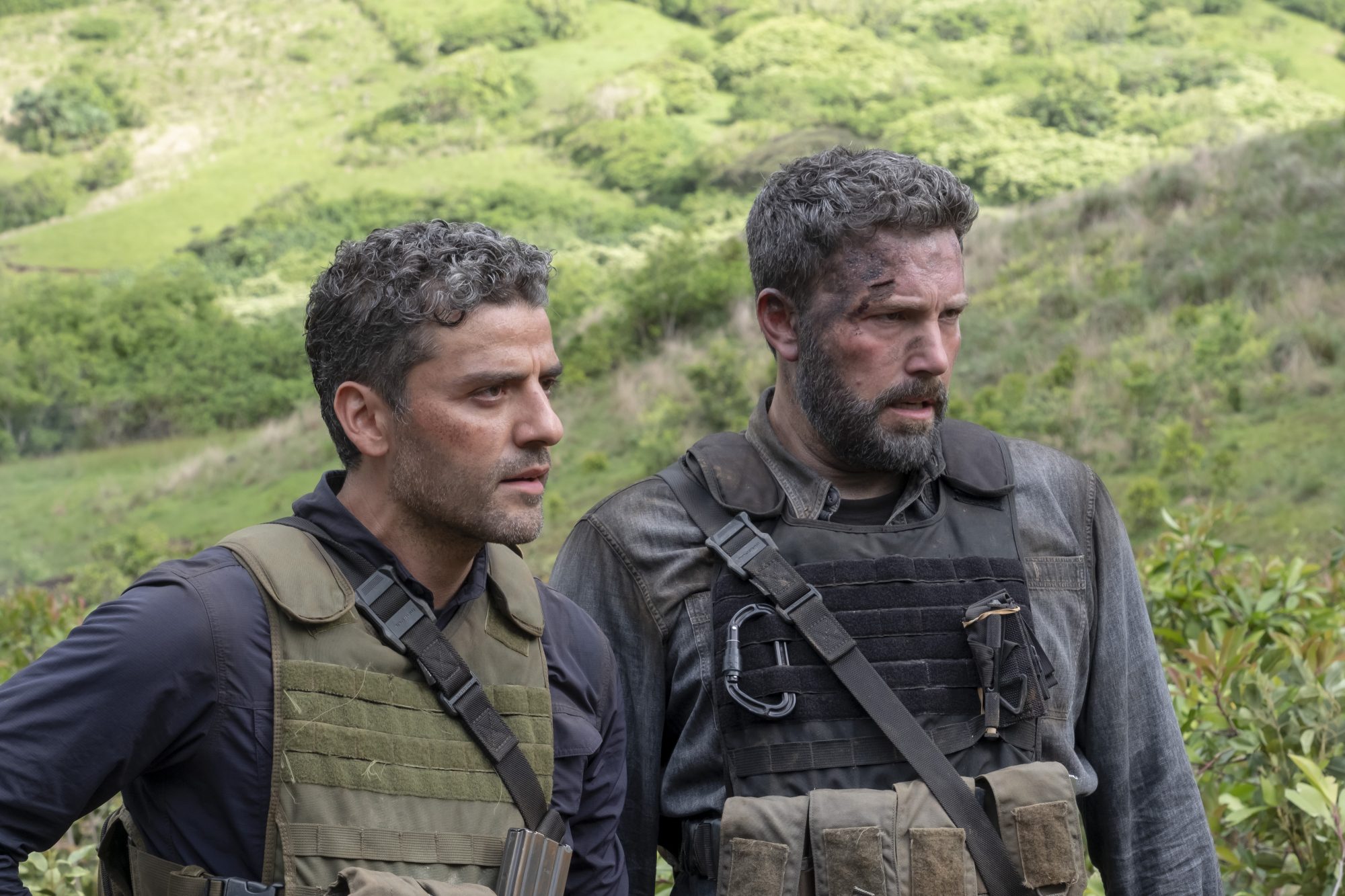 The robbery is followed by a great escape. The action, excitement and momentum remain consistent over the film's 2-hour running length. Some great numbers feature in the soundtrack including Metallica's 'For Whom the Bell Tolls' and 'The Chain' by Fleetwood Mac. Interestingly, for those in search of something more cerebral, there's also a fascinating commentary embedded in the screenplay about how veterans are undervalued (in every sense of the word).

Isaac's 'Pope' rouses his colleagues by reminding them of how much they've sacrificed for their country - and yet they continue to struggle financially. Affleck's 'Redfly' reflects on how the army took the best twenty years of their lives and spat them back out. Later, the men talk of themselves as a dying breed, how people turn to the police now. They're no longer seen as 'warriors' defending the nation. Thus you can empathise with their cause.

'Triple Frontier' actually could have worked as a theatrical release, and certainly feels like one. If Netflix continue to invest in impressive filmmakers, it'll pose a legitimate threat to cinemas in the coming years.

11 Quiz Questions about 'The Mandalorian'

'White Lines' has been cancelled by Netflix

First trailer for 'The Devil All The Time' lands online