Netflix review: 'Horse Girl' is just as unusual as its title suggests

A psychological thriller that's one to consider this weekend

'Horse Girl' is Netflix's newest psychological thriller that will keep you guessing, even after the end credits roll.

Nope, 'Horse Girl' is not Marvel's newest superhero movie whereby a wild horse bites a young girl, giving her uncontrollable superpowers such as super speed and the ability to always have great hair.

However, the newest title to be added to Netflix's ever-expanding originals list certainly shows some similarities to the MCU which you might not have imagined.

The main character, Sarah (played by Alison Brie from 'GLOW'), begins to suffer from abnormalities happening in her everyday life, and she's desperate to know what is happening. Is it aliens? Possibly clones? Anything could be possible. 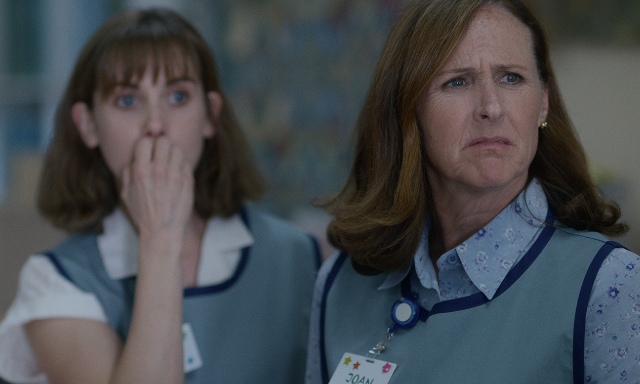 Working as a shop assistant in an arts and crafts store, Sarah works closely with her colleague, played by the always-brilliant Molly Shannon. The pair even talk about Ireland and the madness of Riverdance for a few minutes during the opening sequence.

At first, Sarah seems like your typical 20-something girl, working a dead-end job, longing for something else in her life. But quite quickly, we realise her life isn't as together as it first seems. Sarah's not longing for something more, she's longing for a group of friends, to be less awkward, and to stop having so many weird dreams. Beginning to believe her dreams aren't just happening inside of her head, this is when the disconnect between ourselves and Sarah begin to happen.

Sarah begins to have trouble sleeping, waking up in random places without knowledge of how she got there, and just generally weird things begin to happen to her without any explanation.

She's not a trustworthy narrator. As you can see from the trailer, not everything is as it seems, and Sarah's bizarre world - which we received brief moments of previously - begins to totally envelope her narrative to the point where the viewer can't tell what's real from what's not.

We begin to fall down a rabbit hole of ideas and visions with her, which unfortunately gets lost along the way. 'Horse Girl' is focusing on the subject of mental illness, attempting to tear open how we as a society treat a person with a troubled mind, and the subject works until a point. But unfortunately the payoff isn't as grand as you're hoping for.

The highlight of the movie is Brie's stellar performance of this delicate character, a person who is obsessed with horses, and also with a TV show called 'Purgatory', which seems like an even cheaper knock-off of 'Supernatural'.

If you're in the mood for something slightly off the wall, give 'Horse Girl' a run for its money.

"Jeans Guy" has been removed from 'The Mandalorian'