Netflix Review: Bear Grylls' 'You Vs. Wild' is a poor man's 'Bandersnatch'

The interactive series is for children, not adults

Bear Grylls returns to our screens on Netflix's new interactive series 'You Vs. Wild' attempting to get viewers' heart pumping as you decide the explorers' fate.

Remember Netflix's first foray into the interactive back at Christmas 2018? 'Bandersnatch' took over the world, and was all anybody could talk about as we sifted through our tins of chocolates and biscuits furiously discussing what ending we had each reached. Finn's life was a tumultuous one for sure, and always kept you guessing, getting you to choose the never-ending harrowing fate of the game-maker. Now, if you were expecting Bear Grylls and his new series 'You Vs. Wild' to grip you just like the 'Black Mirror' movie did, then please do not get your hopes up. In fact, keep your expectations as low as a perilous cavern in the remotest of jungles, because this is aimed at children. 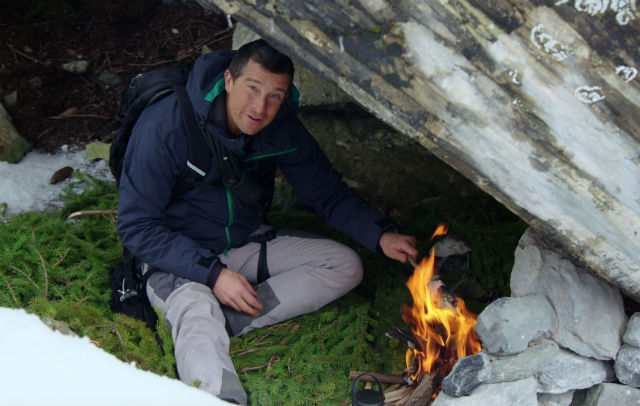 Should Bear build a fire or freeze to death? You decide.

While watching 'You Vs. Wild', there's no real sense of danger anywhere in the series. Yes it's aimed at children, but it all looks and feels completely fabricated. It was a great idea from Netflix, and could have had enormous potential, but it just doesn't work. All of the action shots from various different locations make it painfully obvious to the viewer than Bear is never in danger, no matter how much he pretends to be (it doesn't help matters that he's still walking around in real life too).

Take episode one for example - you are given the choice of choosing either a slingshot or grip hooks for climbing to take with you - with Bear apparently only having enough space for one of the choices; we chose the slingshot. Later on, as you make your way down a knee-deep river, you come across quite a small crocodile in a small clearing of land. This croc needs to be hunted away to make our path down the river clear again. Bear takes out his trusty slingshot, fires a stone at it, and the croc dashes away back into the river. Bear tells us "good job" before then ploughing back into the river, where we saw two seconds beforehand the crocodile has gone into. It makes no sense.

And similar to when you're watching American TV and it cuts to an ad break every 5 minutes, 'You Vs. Wild' is very repetitive. When you are faced with a choice of either coasteering off the side of a cliff, or climbing its face, Bear will explain each choice to you in detail before you choose. Then, while you contemplate your choice for 10 seconds, Bear will voice-over the choices for you again. Finally, when your decision has been made, Bear will talk about your choice and give you his opinion. It's all very long-winded and drawn-out, leaving you bored. Each episode has a running time of around 20 minutes, but could easily have been halved if all of the extra details were kept to a minimum.

And no, before you ask - you can't kill Bear Grylls in this either. Although, you can just leave him trapped, making you go back to your previous selection - a la 'Bandersnatch'. Unfortunately for 'You Vs. Wild' this is the only similarity between the two interactive features. The series constantly falls into the trap of being too well-shot. Yes, all of the locations Bear heads to look very impressive, and are wonderful, that's for sure. However, it would have been much better if there was more emphasis on Bear using his GoPro for you to make decisions, making you feel like you're really impacting his journey. Instead, we're left with a polished result that doesn't feel all that interactive, or impactful, no matter how much it claims to be.

For those who might be mildly interested in the prospect of travelling alongside Bear Grylls, making his survival decision at the touch of a button, we'd say to give it a go. If you end up actually making it to the end of the eight episode series without getting bored, then please do let us know. Less of a survival show and more of a reality and scripted TV show - 'You Vs. Wild' will no doubt entertain children for a a few minutes at least.