Netflix review: 'All the Bright Places' screams irresponsible and grotesque

Based on the novel of the same name by Jennifer Niven, 'All the Bright Places' tracks the story of two teenagers struggling with trauma from the past. After finding Violet Marey (Elle Fanning) on a bridge, Theodore Finch (Justice Smith) becomes enraptured. He puts in effort to establish a connection with her at school. When they are set an assignment in Geography to explore the wonders that Memphis has to offer, Violet begrudgingly agrees to partner up with Theodore. What starts as friendship develops into love. But a dark shadow hovers over their relationship.

We've mentioned before about how much content Netflix produces for the YA audience. We've also talked before how romantic drama tearjerkers a la 'The Fault in Our Stars' definitely have a fan following. Between those influencing factors; its dialogue alternating between schmaltzy and angsty; and its sometimes irritating but typically charming loved-up leads, 'All the Bright Places' would seem to have all the right ingredients for success.

The main issue this reviewer finds with it though is that ending. And I stick in the warning now that THIS REVIEW WILL CONTAIN SPOILERS. Because I can't not talk about the direction this movie goes in. 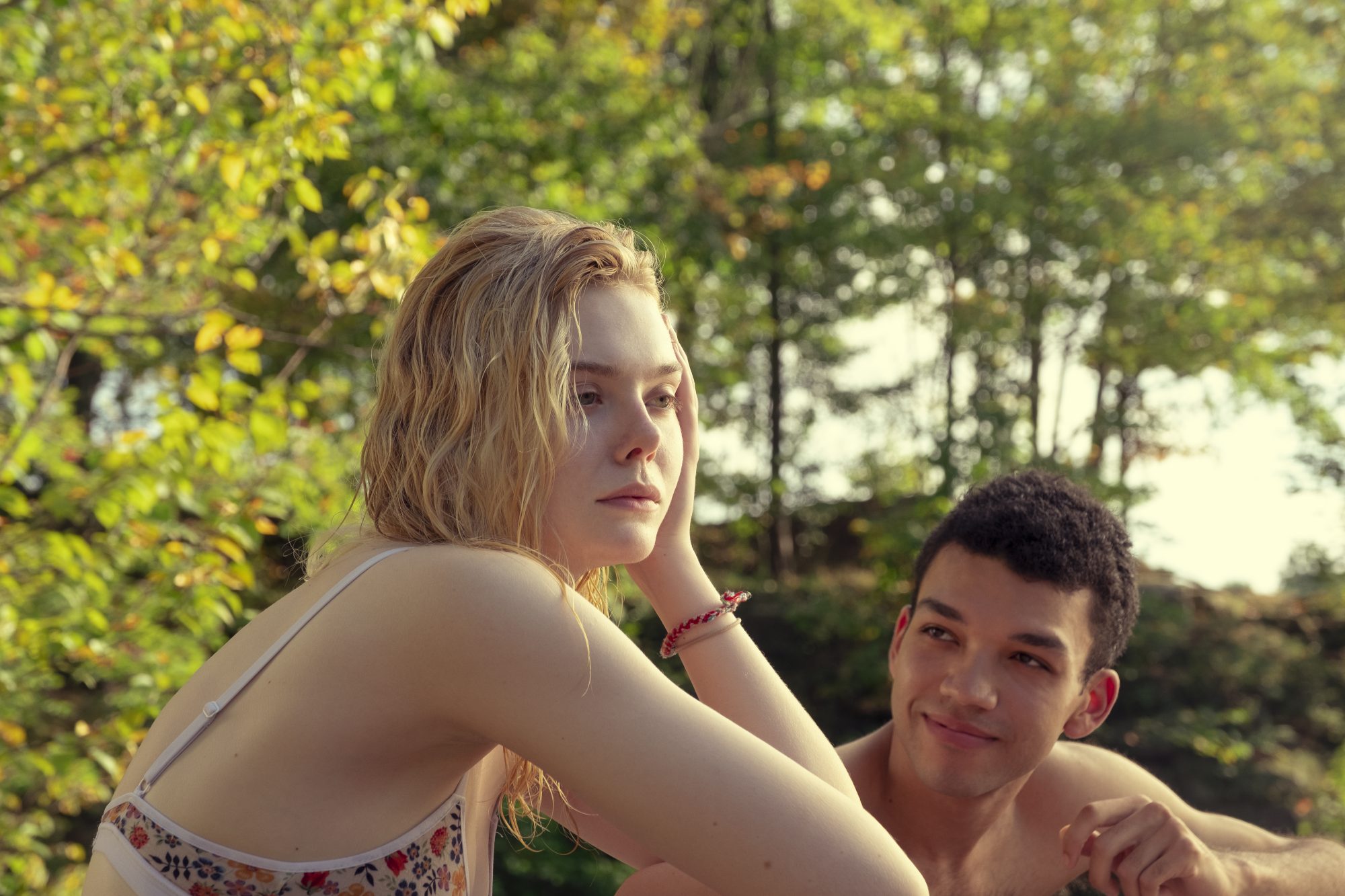 'All the Bright Places' has got plenty of cliches romantics will adore. There's the guy throwing the pebbles at the girl's window; a cycle in the countryside; a swim in the lake. And the script can be a bit of a stretch - teenagers just don't quote Virginia Woolf back and forth to one another. In any case, there's much to like too. There are cutesy moments like when Violet drops her book in class, and when the other students laugh at her, Theodore knocks over his chair to detract attention. He brings Violet to ride on a mini roller coaster, sending her squealing and laughing with delight. Plus the whole checking out the hidden gems of your local town idea is lovely; and Elle Fanning and Justice Smith make two talented, adorable leads.

But the ending is horrific involving a "twist" that is grim and almost immoral. As highlighted in the synopsis, the movie opens with Violet considering taking her life as she stands on a bridge (it is divulged during the movie that her sister died in a car crash on the bridge). Theodore talks her down. In the end, Theodore takes his own life, drowning himself in the lake the couple previously visited. 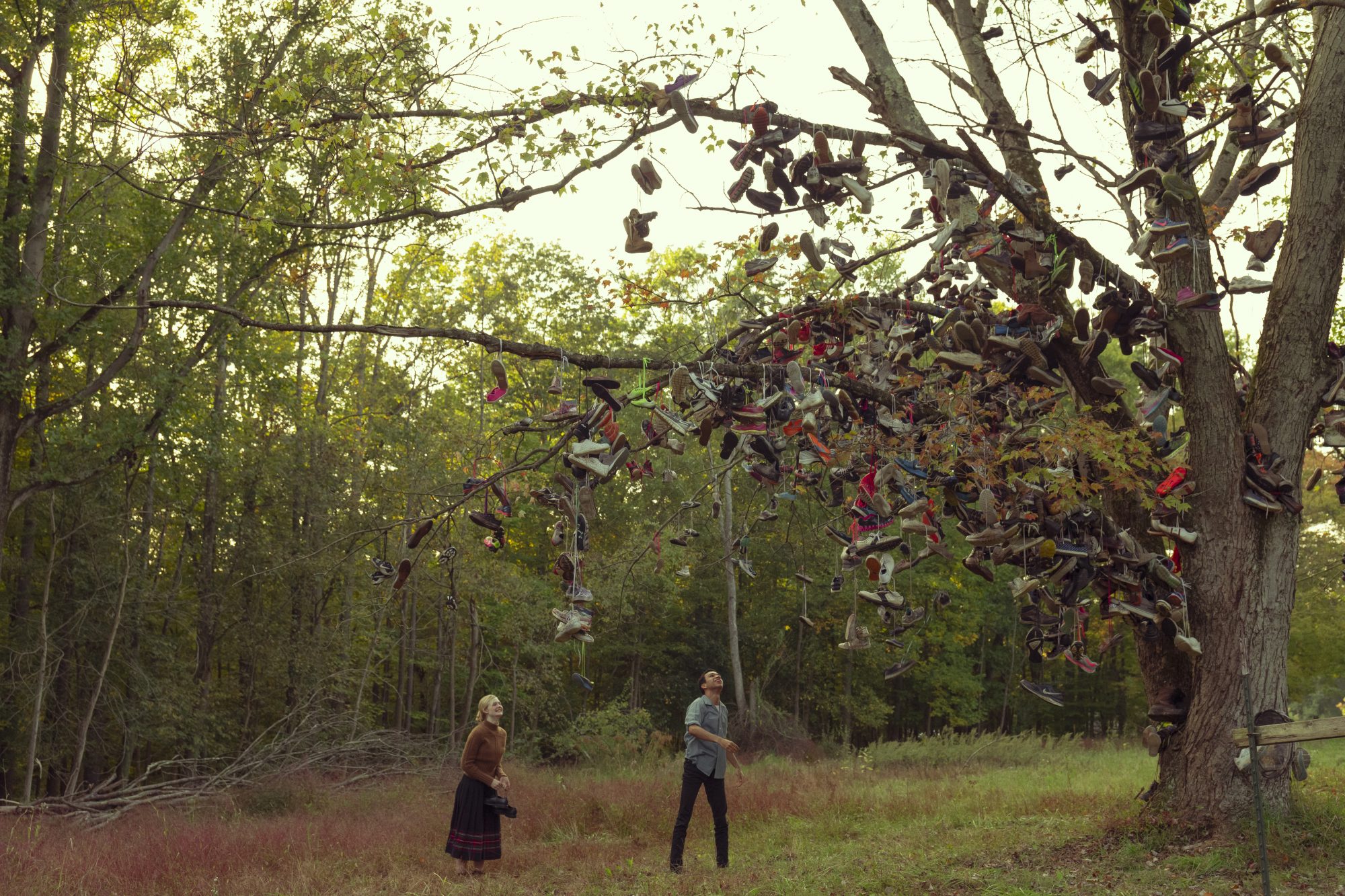 This strikes one as extremely irresponsible because essentially, with all "the teens falling in love" story material that came before, it almost feels like suicide is being romanticised. This strikes one as actually more botched and dangerous than '13 Reasons Why', which Netflix previously got into trouble for. At least the series came with trigger warnings. At the end of 'All the Bright Places' comes a note but it is insufficient given what preceded.

One of course can't forget that this movie is based on a book. And while this reviewer hasn't read it you get the sense that the author Jennifer Niven handled the subject matter with more sensitivity and balance than director Brett Haley. In the movie, while there's some ambiguity surrounding Theodore, and it occurs to you that there's more going on with him than meets the surface, his fate leaves the viewer completely shocked. It just feels hollow, like a cheap and manipulative way to get you to cry.

The themes of mental health and suicide just feel completely mishandled and it is reckless. One is furious and baffled as to why the filmmaker and indeed Netflix thought this was appropriate. When such sensitive subjects are packaged into a commercialised product for consumption by a young audience - advertised with cutesy pictures of the couple smiling rather than indicating the dark and challenging material of what is about to follow - something is seriously wrong. It's irresponsible and frankly, it's disgusting.

A new episode of 'Tiger King' is dropping next week, according to Jeff Lowe