Sports and non-sports fans will enjoy this

With the surge of sports documentaries on Netflix of late, this documentary series is their latest creation that might pique your interest. Coming at viewers very much left of field, it's an interesting look at sports from around the world that you might not have ever heard of.

'Home Game' takes on the task of informing viewers about eight different sports from around the world, and superficially looking at the competitors who are mad enough to compete in their chosen homegrown sport. Some sports on offer here are ones you would have heard of before - such as The Highland Games and Roller Derby - while others are much more unique and all the more intriguing because of it. And before you ask - no, GAA doesn't even get a mention.

Each episode in the eight-part series has its own distinctive style too, immersing viewers into the culture surrounding each sport. While it's only a short half-hour visit into each episode, it's easy enough to learn all about the intricacies related to each, thanks to the wonderful Mark Strong ('1917', 'Kingsman'). Strong acts as the narrator who explains each sport in fine detail, using helpful diagrams  to explain the rules and conditions (it sounds boring, but is a welcome addition when you're trying to figure out what is going on). 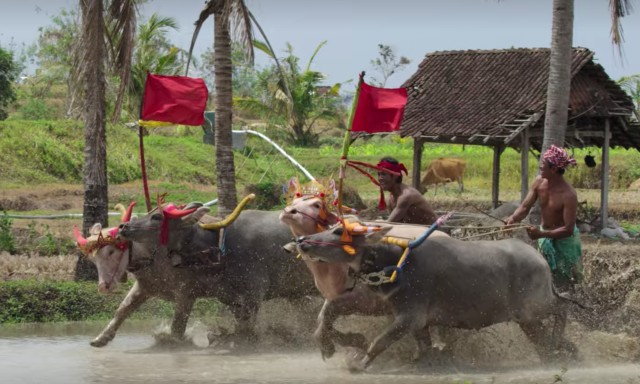 As we've said before, as well as some more recognisable sports making appearances, there's plenty more that you might never have seen or heard of. One episode surrounding Pehlwani, Indian wrestling, is quite an important watch for viewers. The sport, which was traditionally only for men, is now much more open to women becoming competitors, and here we follow different female competitors who train in the sport, as well as highlighting the struggles they face with people who believe that age-old traditions should be kept.

Episode one of the series - based on a sport called Calcio Storico, which dates back to the 16th century. However, it doesn't really sit right as a nice series opener, and we'd suggest skipping this and going back to it later on. The Florentine sport is a brutal mix between rugby, MMA, and literal boxing matches, and it's full of meat-heads - but if that's your thing, then fire away. There are much more intricate sports on offer here that might go much deeper, such as Congo's Catch Fétiche - amateur wrestling mixed with voodoo rituals and ancient spiritual beliefs - or Freediving in the Phillippines.

A title worthy of your time, 'Home Game' arrives on Netflix Friday, June 26.