Netflix review: 'Disclosure' is one of the best documentaries of 2020

The doc drops on Netflix this Friday, June 19th

The documentary 'Disclosure' takes a compelling deep dive into trans representation across film and television. The feature relates personal stories from the likes of Laverne Cox ('Orange is the New Black'), 'Pose' stars Angelica Ross and Mj Rodriguez, 'The Matrix' director Lilly Wachowski, Alexandra Billings ('Transparent') and Candis Cayne ('Dirty Sexy Money') as they reflect on how the media shaped them. Directed with poignancy and dexterity by Sam Feder, the doc will open your eyes to perspectives you've never experienced.

Netflix has been having a incredible year when it comes to docuseries. 'The Last Dance', 'Tiger King', 'Jeffrey Epstein: Filthy Rich' and 'Cheer' have all proven hits. The only complaint that could possibly be made about 'Disclosure' (and really, it's a complement) is that there's so much material and scope, it could have been made into a series. At any rate, the first three minutes of this movie before that opening title make it one of the most powerful, illuminating openings of any film or documentary this year.

Trans representation has come a long way but as 'Disclosure' demonstrates, it took about a century to get there. The documentary goes through the history of how cross dressing was illegal, and yet appeared even in very early cinema. D.F. Griffith, whose name will ring bells for people as the director of 'The Birth of a Nation', is renowned for his racist depictions. What people will be less aware of is that his prejudice against black people was intertwined with his prejudice against the trans community. And this isn't the only point at which the crossovers between racial and sexual identities are explored in the doc.

'Disclosure' effectively shows how our suppositions about trans men and women have become ingrained via pop culture. The stereotypes have been devastating for trans people too. Laverne Cox and others beautifully articulate their search for a figure to identify with growing up, and their deep frustration that to be transgender was always the butt of a joke. They talk about a number of key movies and TV shows that shaped them, whether their portrayal of trans people was positive or negative. The likes of 'Dressed to Kill', 'Silence of the Lambs', 'Yentl' 'Boys Don't Cry and even Bugs Bunny all get a look-in.

The film opens your eyes to the fact that trans men and women have often been depicted as murderers; or alternatively, murder victims.If there was a wider range of representation, such mistakes could be looked over, for example with the character of Max in 'The L Word'. There are several interesting academic and theoretical observations. Others are humourous, such as Brian Michael Smith's note of how often the trope of a trans woman revealing her identity by busting open her shirt and revealing her breasts (literally) pops up. 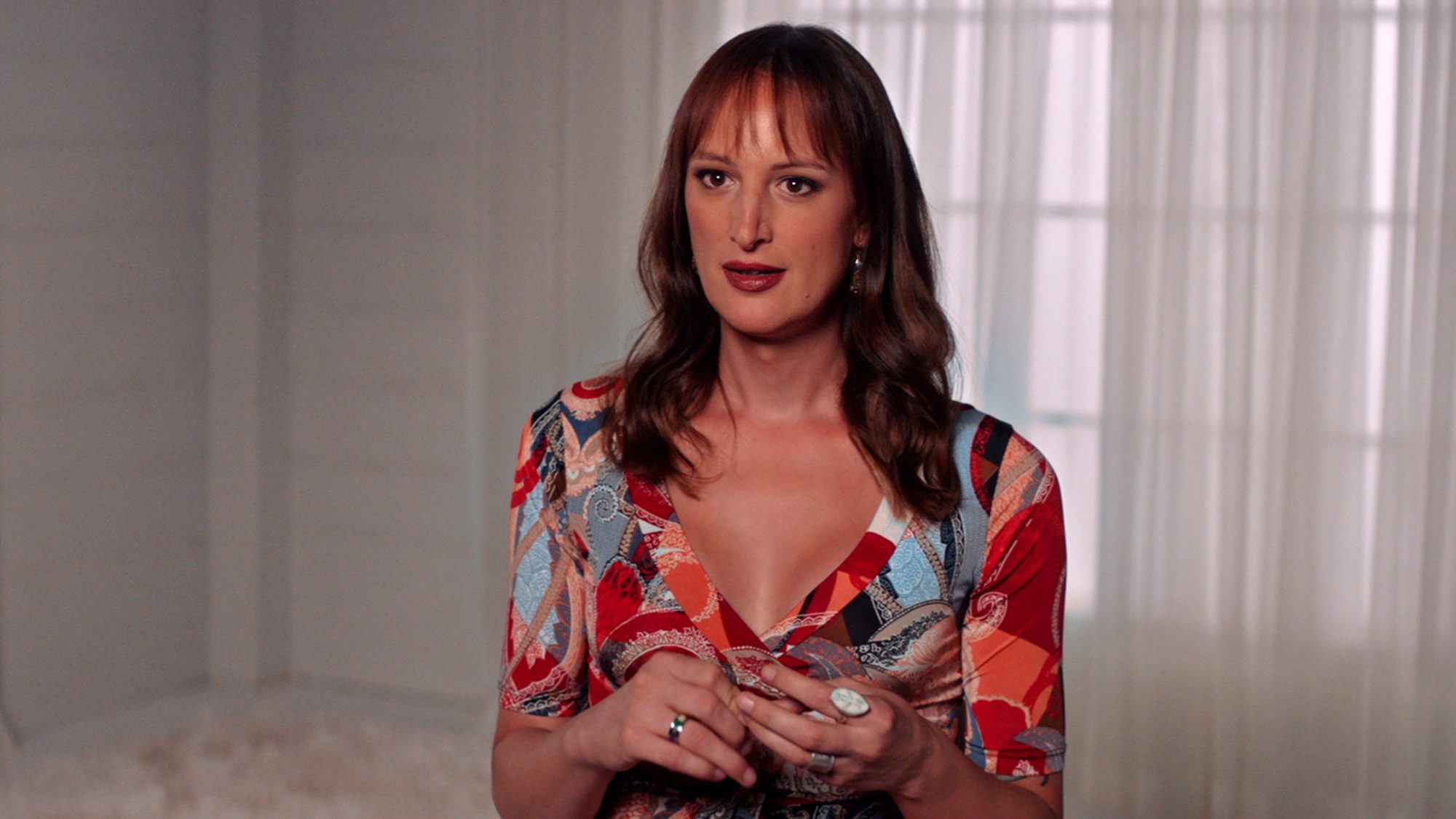 Recent hit shows like 'Orange is the New Black', 'Pose' and 'Transparent' are all considered, as is 'The Matrix', which has come to be read as a trans narrative. The documentary particularly hits home when touching personal stories are shared. You can see the visceral impact the likes of 'Nip/Tuck', 'The Crying Game' and 'Ace Ventura' have had on the interview subjects, and how ideas in popular film end up transmitting to other films and thus the public consciousness. It is the personalisation and the wide breadth of subject matter and points of view considered that really impress. Many viewers won't be aware of how trans men struggle more than trans women, the latter being able to glamourise themselves via makeup and fashion; or the tension that has historically existed between the trans and gay communities; or that the reason trans people are often depicted in film and TV as sex workers is because many are forced into such careers due to prejudice in the workforce.

Later, the feature considers the public obsession with surgery and physical attributes of transgender people, considering how trans people appeared on talk shows in the '80s to '90s and opened up about their journeys. In fact trans casting, which is usually the biggest issue associated with trans representation, is only looked at in the third act. This highlights that the issues with representation go much further beyond the fact that cis individuals are taking their roles. As for the topic of disclosure itself, there are a couple of different takes offered that contrast with one another. Arguably that's because there is no easy answer. After watching this documentary, you're going to be eager to watch, observe and learn so much more. It sounds cliched but honestly, this is a movie everyone needs to see.

On Demand News 3 minutes ago

Sacha Baron Cohen shares how scary shooting 'Borat 2' could be

Disney+ and Marvel's 'Moon Knight' series has found its director