If you're missing 'Normal People', this makes for a feel-good follow-up

Set in Ireland during the mid-'90s, 'Dating Amber' follows two teenagers who pretend they're in a relationship so their classmates will stop questioning their sexuality. Both are in their final year - Eddie (Fionn O'Shea) wants to follow his dad (Barry Ward) into the military while Amber (Lola Petticrew) dreams of escaping to London. The two become close friends over the course of their fake relationship. Then Eddie starts to question if it shouldn't be pretend anymore.

The lives of teenagers (particularly Irish teenagers, with their relentless, teasing nature) has perhaps never been more accurately captured than in 'Dating Amber'. Funny and poignant with two great lead performances in O'Shea ('Normal People', 'Handsome Devil') and Petticrew ('A Bump Along the Way'), this is a thoroughly enjoyable dramedy even if its message of staying true to yourself is well-worn.

The film opens with Eddie's very awkward first kiss, after which he immediately gets shtick for not touching the girl's boobs. And not just from the guys - the girl herself and her girlfriends taunt him too. Viewers at home will recognise the friends organising that first shift well, and the cringeworthy sex education classes. Elsewhere in the film, boys randomly call Eddie a wanker and make obscene gestures at him. Yup, welcome to teenagehood.

Other amusing '90s Ireland indications include a cinema date where someone's being jerked off in the back row; even the idealised escape to London (and for one scene, a day trip to Dublin) seems right out of a time vault. It's a great script that hits the nail on the head over and over, for example, when Eddie tells Amber she should act more feminine; she retorts that he should swing his arms more when he walks to look more hetero (very Conor McGregor, so that's ahead of its time). That small insular town life and desperation to get through the hell that is school are captured superbly. 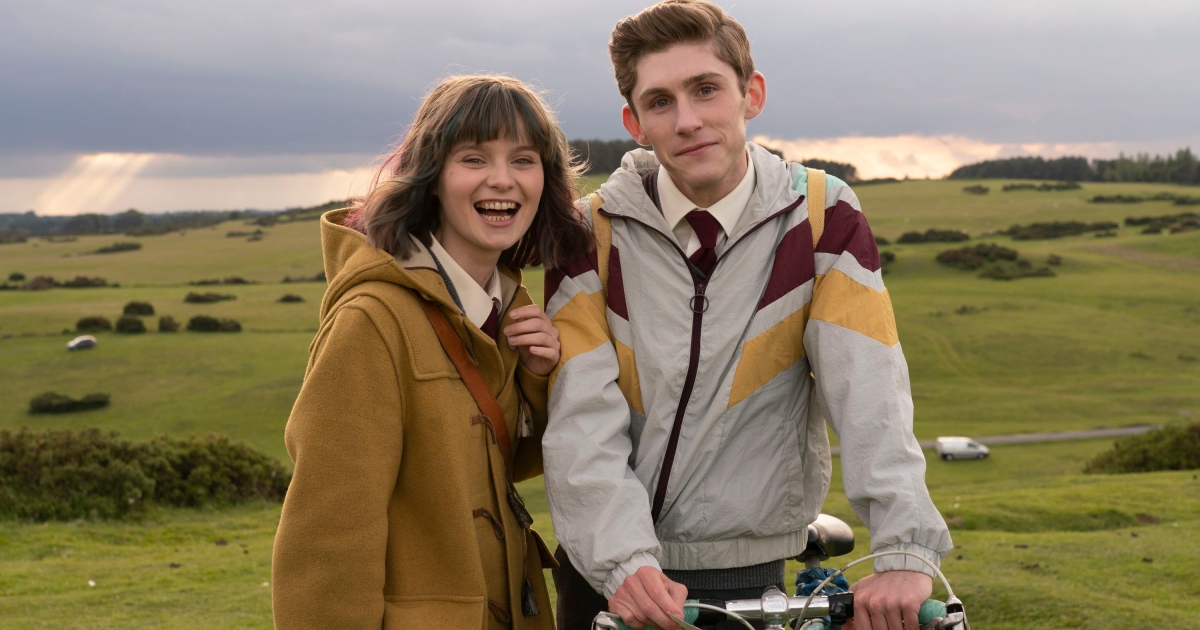 Sharon Horgan ('Catastrophe'), Barry Ward ('Extra Ordinary') and Simone Kirby ('Jimmy's Hall') are great as the parents, though Kirby's character's motives as Amber's single mother seem a bit unclear. Ward is particularly impressive, alternating between comedy - a scene where he goes into the wilderness with Eddie is particularly good fun - and drama with ease. With regards to the latter, there's a sad scene where he talks about how his own father was cold and harsh with him, which is a truth for a whole generation of Irish fathers. Eddie struggles as his father fails to tell him what he needs to hear. The teenage boy struggles to be both a gentleman and "macho man", and is much more uncertain about his homosexuality than Amber is about hers. The subject matter of mental health, and death, in relation to Amber's father, are touched on too.

It's fun to see that Eddie and Amber's relationship gives them a status above all others in the school. Eddie particularly gets applauded by the boys. His and Amber's friendship is really a beautiful thing to witness growing and you find yourself continually intrigued by what this relationship means to Eddie. Is it maternal, friendship, or love? Amber on the other hand is sure footed about who she is and what she wants. As the film progresses you admire her struggle and sense of identity more - her certainty versus his ambiguity, are as commendable as one another. Both are so young and it isn't an easy thing to work out your identity, let alone your sexuality.

There's comedy even in small moments and the supports offer some big laughs. There's Eddie's brazen little brother, the tut tutting class mate, and the worst possible timing to be a vegetarian. The ending is overly sentimental and doesn't totally make sense, but it's touching. Between the laughs, the poignancy, the great acting and on the nose script, 'Dating Amber' is a cracking film. Jaysis, between this and 'Normal People', the Irish are doing great at the moment, aren't we?

'Dating Amber' will premiere on Amazon Prime on June 4th.

Here's the fun-loving season two trailer for 'The Umbrella Academy'