Disney+'s new eight-part documentary series is one that every single Marvel fan out there will find some sort of connection with. Even if you aren't a huge Marvel fan, 'Marvel 616' could be a nice segway for you to get into the superhero universe.

'Marvel 616' explores Marvel’s rich legacy of characters, creators, animators, and storytellers in a new and unique way. Each documentary, helmed by a unique filmmaker such as Alison Brie and Gillian Jacobs - two of the main cast from 'Community', showcases the intersections of storytelling, pop culture, and fandom within the Marvel Universe.

Each episode of the anthology series focusses on a different aspect of the superhero universe. From episode one, 'The Japanese Spider-Man', to the Jacobs-directed 'Higher, Further, Faster' female-centred episode, right through to Brie's episode eight 'Marvel Spotlight', each one brings with it a new, refreshing take on the real-world happenings inspired by these comic books.

And we had the chance to chat with Jacobs and Brie about their involvement in the series. 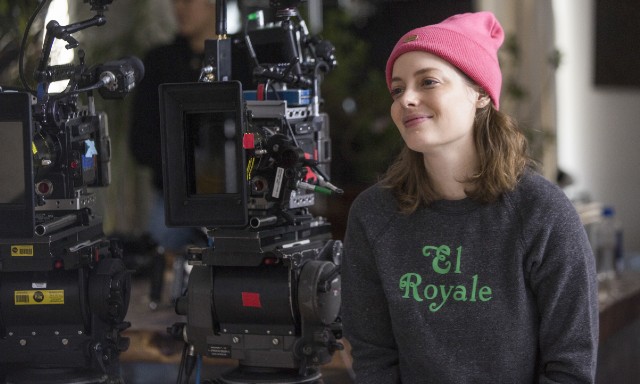 Gillian Jacobs directing on the set of 'Marvel 616'

Getting down to the nitty-gritty, we first asked Alison and Gillian about the elephant in the room - how did this mini 'Community' reunion of sorts all come about?

Alison Brie told us: "Well, it actually was just totally independent of 'Community'. There's no connection really as far as I know except maybe Jason [Sterman, executive producer] is a huge 'Community' fan. This is my first foray into the documentary space, but I had just directed an episode of season three of 'Glow'.

"And Jason reached out to me. I got a text from them asking if I did theatre in high school. To which I responded, 'Have you met me?', and so that pretty much got the ball rolling in terms of what my episode’s about. And then I found out on that call that Gillian had already directed an episode. And I was lucky enough to get to watch her episode.

"But of course, it’s always fun to see my 'Community' family in any type of way. And I was really inspired watching Gillian’s episode. I thought it was so beautiful. So that gave me the confidence I guess going into mine. We're linked forever, forever!"

On the subject, Gillian Jacobs said: "So, the nature of this series was that Alison and I worked totally separately and independently and I think I was pretty much done with my episode before she started. But it’s been really fun in the last couple of years that Alison and I have both started directing more. And I feel like we've had conversations about directing in general and texted about it over the last couple of years.

"And the first documentary, short documentary that I worked on, was I think the last season of 'Community'. So I remember sitting in my dressing room trying to work on it in between scenes. So yeah it’s just kind of the nature of 'Community' is that the show will never really be over. So, of course, Ali and I are here doing press together.

"You know, I think I feel really lucky that we are still so close as a cast and are kind of always in contact. As funny as this is that Ali and I are both doing press for separate things in the same series, it totally makes sense in another way, that we're all still a part of each other’s lives." 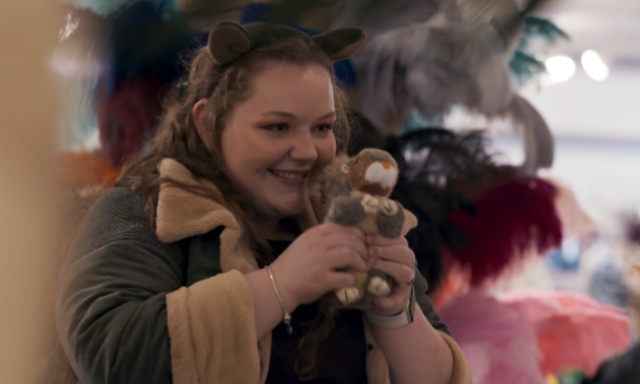 Jacob's episode is the second entry in the anthology series and recognizes the trailblazing women who have helped build the Marvel Universe. Spanning generations, the episode allows audiences to get to know the incredibly talented women who empowered many of Marvel's heroes.

Brie's episode rounds out the series, and has a much different feel compared to the seven previous entries. Her episode follows a high school in Florida which is organising stage versions of well-known Marvel superheroes, Ms. Marvel and Squirrel Girl. We follow these teens as they audition, rehearse, and all of the ups and down associated with taking part in drama class.

When asked about what they learned from working on this unique project, they both spoke of how inspiring the people were who were the centre-pieces of each of their episodes. Brie said: "I think you know for me, my experience with Marvel really for the most part had been through the films, the Marvel movies that we all see and know and love. So I sort of just thought of Marvel on this grand scale and being really fun and exciting. And what I learned I think was the real individual impact that Marvel stories can have on people and especially young people.

"And, you know, taking a closer look at the comics and at these characters, you just realize how there's so much more to the characters than you know the gloss of a super hero in terms of being super strong, having super powers. Actually, you know, there really are portrayals of flawed insecure people that are working through a lot of things to get to where they go. And in that way the characters are so inspiring. I think that's- that was kind of this big takeaway for me is like how intricate and nuanced and inspiring these characters could be especially as I got to see it through the eyes of high school students who were learning and growing because of their process of playing these characters."

While Jacobs concluded the question, by answering: "Yeah, I'd say I learned everything because I came in knowing nothing about Marvel as a company. So it was really interesting to learn more about comics in general beyond just super heroes and how, you know, earlier iterations of Marvel as a company were making all different types of comics that were appealing to many different audiences.

All episodes of 'Marvel 616' will begin streaming on Disney+ from Friday, November 20.

'Black Mirror' creator is making a mockumentary about 2020