'The Politician' season two is here!

There's plenty of new Netflix releases for you to set your peepers to this weekend, with a range of new and returning TV series, documentaries, and movies that will keep you entertained.

Here's the new Netflix releases you should be tuning into.

Highschool elections are a thing of the past as season two picks up where season one left off - Payton (Ben Platt) is in the midst of attempting to overthrow Dede Sandish (Judith Light) for a place in the New York State Senate race. It's certainly no plain sailing for the youngsters as the brilliant Hadassah Gold (Bette Midler) always manages to be one step ahead of them... Could there be a mole? With only seven episodes this season (due to production being halted earlier this year), expect a much more condensed and drama-filled season than you would have ever thought possible. 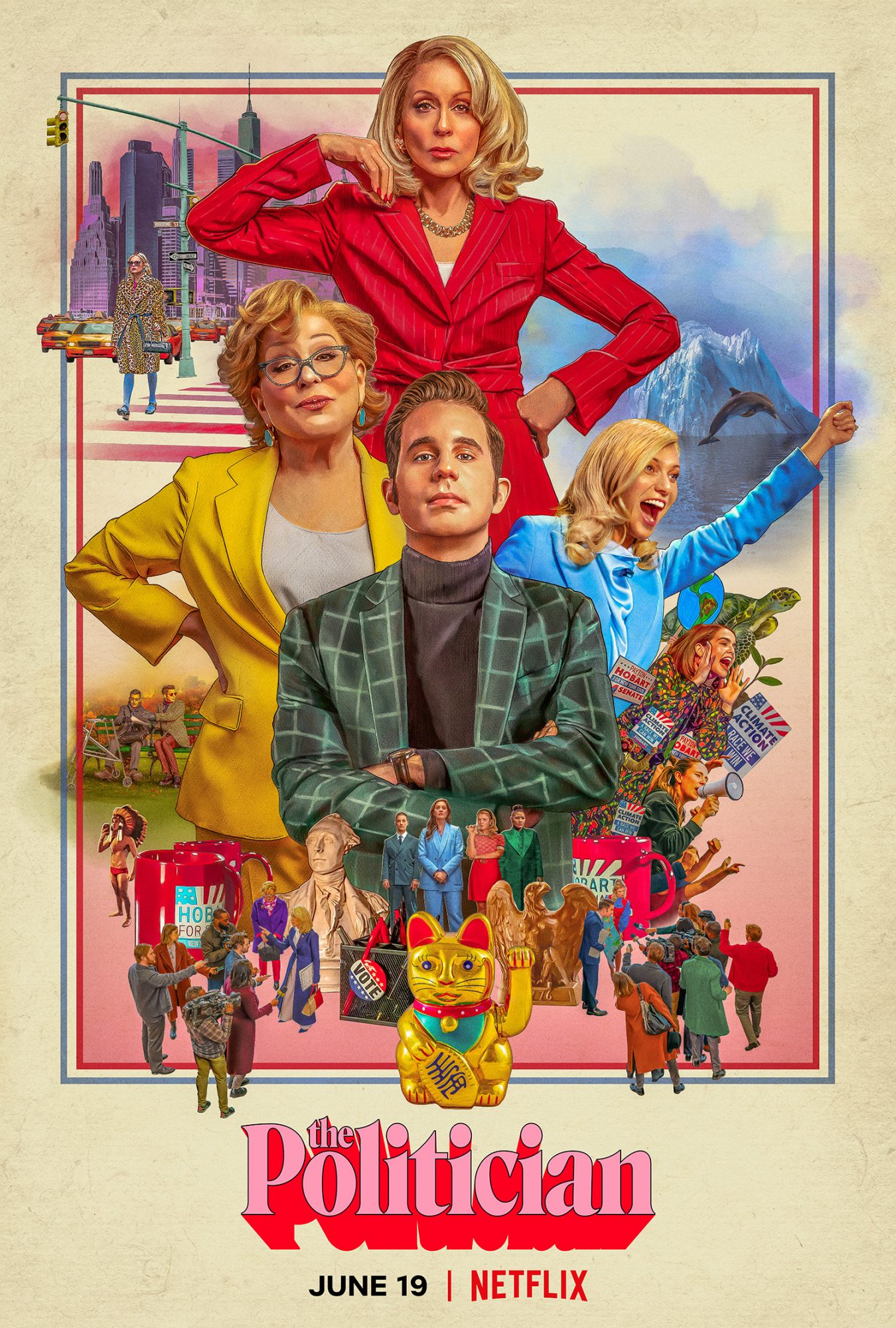 A must-watch this weekend, and especially because it's Pride Month all this June, is a new documentary from Sam Feder. The doc dives deep into the trans community, especially those within the TV and film industry, and their experiences of trying to fit in in the world and make a difference within the LGBTQ community. We recently reviewed the documentary, calling it one of the best of the year.

They're back! Well, sort of. In case you weren't able to catch the intergalactic fourth season first time around, the first five episodes of the newest season is available right now to stream, with the second half arriving later this year. If you feel like challenging yourself with your fountain of 'Rick and Morty' knowledge, then try your hand at our quiz on the first three seasons of the cartoon.

What better way to feel like you're on summer holidays than by watching the quirky characters on screen attempt to have their own family vacation together. The perfect option for those who have to entertain small ones this weekend if the weather isn't planning on being the best.

This TV series basically sounds like a game show a group of 5-year-olds would have come up with - which isn't a bad thing. 'Floor is Lava' is essentially a mix between 'Ninja Warrior' and 'The Crystal Maze' as teams compete against each-other as they go from one side of an obstacle course to the other. Oh, and you're not allowed to touch the floor. Because it's lava. Genius.

If you're looking for a horror movie to watch this weekend - this is the one for you. From the twisted mind of Ari Aster (he who also brought us 'Midsommar' last year), is one of 2018's most warped movies, starring Toni Collette and Gabriel Byrne. The film was such a success for production company A24, that it is one of their most profitable creations to date.

'Jamie' is the third instalment in 'The Sinner' saga, with Matt Bomer being added to the cast as he plays expectant father Jamie Burns. Bill Pullman returns as Detective Ambrose, who has to yet again investigate a mysterious car crash in which the driver dies, but the passenger lives. The eerie series premiered in the States earlier this year and has received pretty positive reviews, so it's a certain watch if you're all caught up.

Original is nearly always best, and that's certainly the case with 'Shameless'. Netflix has added all eleven seasons of the offbeat comedy/drama series for the weekend, so you might as well join Frank Gallagher and his irreverent lifestyle. We'd completely forgotten that James McAvoy started off as a fresh-faced Steve all those years ago before he made it big.

Sure the movie is two years old, and sure it received overwhelmingly mixed reviews - but do you think that's going to stop you from watching Dwayne Johnson perform incredible-looking CGI stunts? Nope, and we're right there with you. With a less than predictable script, and plenty of action to keep you entertained, 'Skyscraper' ticks all the boxes for a solid Sunday night movie.