Christina Milian stars in the latest romantic comedy from Netflix

'Falling Inn Love' has landed on Netflix, and here's the sitch. Underappreciated at work with a boyfriend who won't commit, Gabriela Diaz (Christina Milian) successfully enters a contest to “Win an Inn” overlooking New Zealand’s countryside. She flies from San Fran to her newly acquired The Bellbird Valley Farm - only to discover it's a crumbling facade. She also has a goat resident and meddling neighbor who wants to buy the place to contend with.

Fortunately, the locals are friendly and soon she partners with Jake Taylor (Adam Demos), a contractor and volunteer firefighter (of course) to renovate the place and sell it. But when she starts catching feelings, Gabriela wonders if she can leave her life of San Fran behind.

Remember a few months ago when an AI-generated script for an episode of 'Queer Eye' was doing the rounds after a computer watched hours of the reality show?* Well that's what 'Falling Inn Love' feels like. Except with romantic comedies, and terrible Netflix movies.

Having outlined the synopsis, this is usually the part where we launch into our review. But as you can imagine from what we've described and the tone we've established thus far, everything about this movie is so godawful that one doesn't even know where to begin in describing what a trainwreck it is.

So we're going in a different direction this time. We decided to list several of the plot points of 'Falling Inn Love' to give you an idea of how deeply we loathe this film and how much of an abomination on cinema it is.

1. The opening shot of Gabriela cycling is so fake and cheap-looking. This is how they decided to start the movie?

2. Well of course her male chauvinistic colleagues don't appreciate her work and concerns for the environment.

3. Gabriela gets drunk, enters a competition and wins. Sure that happens to everyone, right??

4. Least realistically of all (so far), she gets a free coffee upon entering the local town. 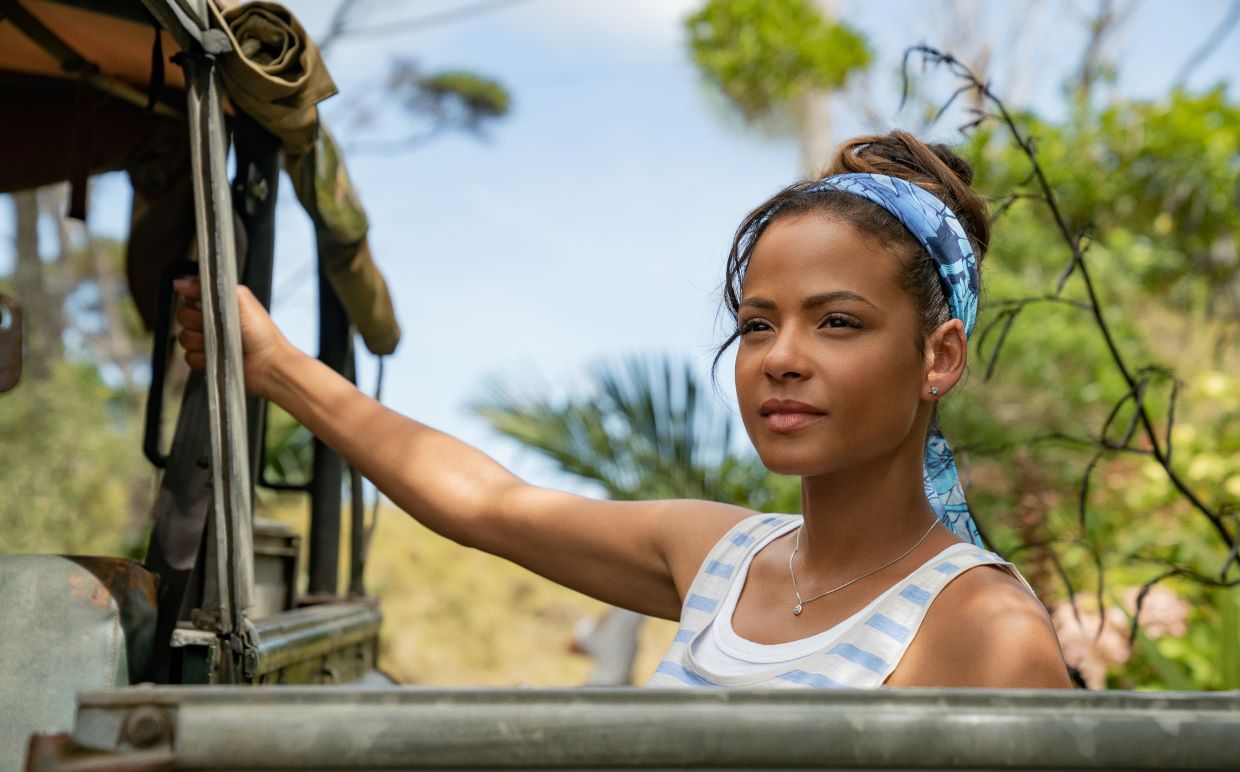 5. Why are the filmmakers so convinced of the hilarity of this goat?

7. Love interest Jake pays for the meal, which means it's a date, but also says she can get the next one, because #genderequality

8. At one point, she becomes sick and all the neighbours come round to help. IT'S A COMMON COLD, PEOPLE, SHE'S NOT DYING.

9. Bit of culture thrown in for the sake of it as we see a bunch of kids perform the haka.

10. Gabriela gets the opportunity to dunk Jake in water and of course, she hits the target on her first try. Turns out she was pitcher for her high school softball team. See?? She's not just a girly girl after all.

11. As Gabriela leaves the cafe with Jake, the cafe owner comments "I can't tell if they're supposed to fall in love or kill each other", to which his partner replies "Maybe both." Why? And how does that even make sense?

12. Looking at the inn's fireplace tiling, Gabriela comments "You're right, she's a beaut", to which Jake replies "Yes she is" BUT HE'S LOOKING AT GABRIELA WHEN HE SAYS IT.

14. At one point, Christina Milian's character is fidgeting with the radio dials and I thought this would be the perfect opportunity to play 'When You Look at Me' or 'Say I' but alas, the filmmakers did not oblige. 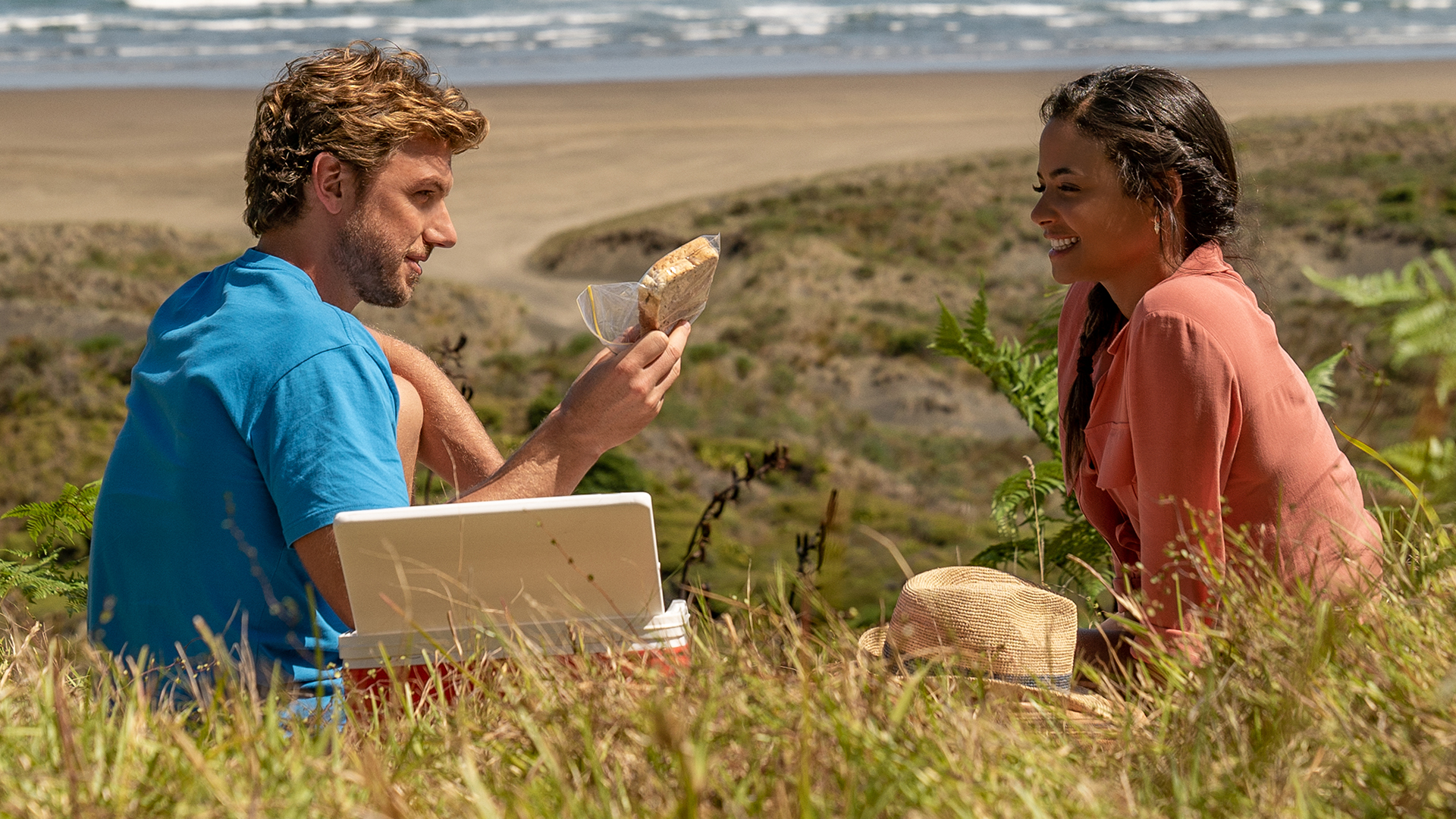 15. Now they're on a beach, having a picnic, reading World War I love letters.

16. After their first kiss, the first line she says is "wasn't expecting that." Seriously?? Do you even know what movie you're in??

17. "Now I can say this is the best day of my life" read the lyrics of the song that plays as they go for a swim after their first kiss.

18. Of course there's a frickin' fire and rescue at the end - with some slow mo shots thrown in for good measure.

19. Her ex-boyfriend wishes her luck and she says "Thanks, but I don't need it. I think I got this on my own."

And that doesn't even cover everything.

*This wasn't actually real. Comedian Keaton Patti produced it as a joke, but the point still stands.

**At this point I checked the timer and couldn't believe I was only halfway through the film. It felt like it had been going on for two hours.

Will Arnett's 'Murderville' looks like it'll be a gas watch