Did you spot this cameo in 'Mulan'?

Fans of the original animated feature will love this

The live-action remake of 'Mulan' dropped on Disney+ last Friday and social media is full of reactions to it.

Many are, inevitably, comparing it to the 1998 animated version of 'Mulan'.

It turns out there's a secret link between the two movies you might not have spotted.

Ming-Na Wen, the actress who voiced the title character in the original movie 22 years ago, has a cameo in the remake.

She introduces Mulan to the Emperor in court after the heroine saves his life. 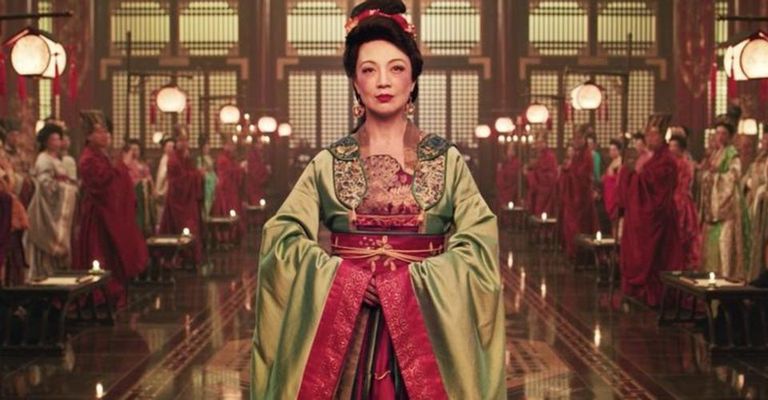 Her character is credited as 'Esteemed Guest', and Ming-Na told The New York Times how the cameo came about.

She said: "It all started with the fans tweeting about it, saying, 'You have to be a part of it!' I asked my manager and my agent if that would be a possibility because I thought that would be kind of fun.

"Then I met with the producer Jason Reed and he loved the idea, but at that time I was doing 'Agents of S.H.I.E.L.D.', so scheduling-wise, it was kind of a logistical nightmare because 'Mulan' was shooting in New Zealand.

"They had written a scene for me to be a part of, but the schedule just didn't work out."

The actress was originally meant to play "the potential mother-in-law for the matchmaker scene".

She explained how her eventual role came about, though it was a close call.

She said: "The producers of 'Agents of S.H.I.E.L.D.' just threw up their hands: “We can’t lose you for a month!” I totally understood, and I’m always very Zen about this stuff. I said, “Look, if it was meant to me be, it was meant to be. We all tried, and it’s too bad.”

"So we sort of let it go, and then Jason and Niki [Caro, the director] came up with this great idea where instead of shooting an entire scene, I'd just make a cameo at the very end to announce Mulan to the emperor."

She noted how it's a fitting cameo: "I thought that was very appropriate and just wonderful, a little Easter egg where I could pass the baton. And this time, they only needed me there for a week. So it all worked out!"

Read our review for 'Mulan' here.

8 great westerns you can watch on Netflix now

Was Netflix's 'Fear Street' trilogy worth it?