What the hell happened in that ending?

If you happened to watch Friday's final episode of the second season on 'Star Trek: Discovery', you'll have discovered that it pretty much wrapped up the entire continuity into a neat little bow.

But with a third season confirmed, will it simply just follow the USS Discovery or will it instead focus on the USS Enterprise and Captain Pike?

All valid questions, and we've got (some of) the answers.

*Spoilers for all of 'Star Trek: Discovery' Season 2 below*

OK, HOLD ON - WHAT HAPPENED IN THE FINAL EPISODE?

In order to ensure that Control, Section 31's rogue AI, never got hold of the Sphere data and evolved, Michael Burnham created a suit like her mother's and used the supercharged time-crystal to jump 950 years ahead.

Burnham's time-suit then opened a hole in time where the USS Discovery flew through it, thus effectively removing it from history. When Spock and Captain Pike returned to Starfleet Headquarters, they pretty much covered up for USS Discovery and the timeline - as in, the one from the Original Series - was returned to normal, more or less.

SO SEASON 3 WILL FOLLOW... THE ENTERPRISE OR THE DISCOVERY?

The show's called 'Star Trek: Discovery', so yes, it's going to follow the USS Discovery. Alex Kurtzman gave a lengthy interview to THR just after the episode aired on Friday and confirmed that the third season will be set 950 years in the future, farther than any 'Star Trek' series has gone.

According to Kurtzman, the decision to jump ahead into the future was primarily due to issues with the canon of 'Star Trek' and how people are... tetchy about it.

Using the JJ Abrams movies as a reference, Kurtzman explained how "(we) knew how Kirk had died, and we wondered how we could put him in jeopardy to make it feel real. That’s what led us to go with an alternate timeline; suddenly we could tell the story in a very unpredictable way."

"That’s the same thought process that went into jumping 950 years into the future. We’re now completely free of canon, and we have a whole new universe to explore."

SO CAPTAIN PIKE AND THE ENTERPRISE WON'T BE IN THE THIRD SEASON?

As much as Anson Mount and Ethan Peck really nailed Pike and Spock respectively, and the Enterprise bridge looked spot-on, that's now pretty much done with. That said, the final episode of 'Star Trek: Discovery' really did make it seem like they were leaving the door open for a spinoff series with the Enterprise. In fact...

COULD THERE BE A PIKE / SPOCK / ENTERPRISE SPINOFF?

If there's one thing 'Star Trek' fans love, it's a good petition and sure enough, a petition has been launched to have a spinoff series with Pike and Spock aboard the USS Enterprise. So far, the petition has over 20,000 signatures collected. Kurtzman acknowledged the petition in his interview, and seemed to be pretty positive about its chances. 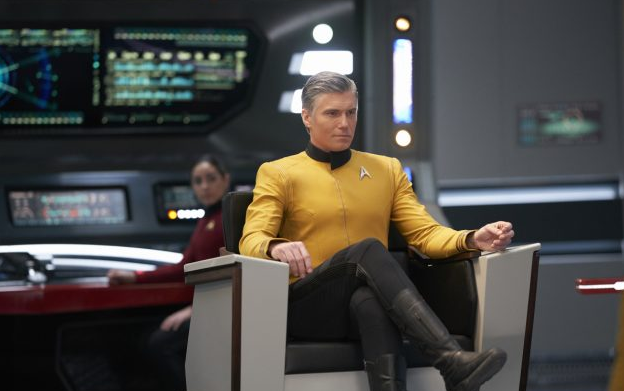 Captain Pike re-assumes command of the USS Enterprise at the end of 'Star Trek: Discovery'

"I would love to bring back that crew more than anything," said Kurtzman. "One of the most gratifying things is to see how deeply the fans have embraced Pike, Spock, Number One and the Enterprise. The idea of getting to tell more stories with them would be a delight for all of us."

In our opinion, Pike and Spock were the best thing about this season and seeing the Enterprise, loaded up and ready to roll, was just fantastic. How can you not do a spinoff when you end it like that?

SO IF THE THIRD SEASON OF 'DISCOVERY' IS SET WAY IN THE FUTURE, WHAT ABOUT 'VOYAGER', 'DEEP SPACE NINE' AND SO ON? DO THEY STILL EXIST?

Again, going by Alex Kurtzman's interview, "(there) will be canonical references to everything that has happened in the various shows; we’re not erasing that. But we’re so far past that point that all of that is a very distant memory."

That makes sense, to be fair. Considering how 'Star Trek: Discovery' had to wrap up the timeline so neatly in the final episode of this season, it makes sense to push ahead way, way into the future and just do its own thing rather than trying crowbar itself into everything now.

The final episode of the second season of 'Star Trek: Discovery' saw Ash Tyler put in charge of Section 31, and if like us, you were watching this season and thinking it looked nothing like the Section 31 we saw in 'Deep Space Nine', you're not alone. 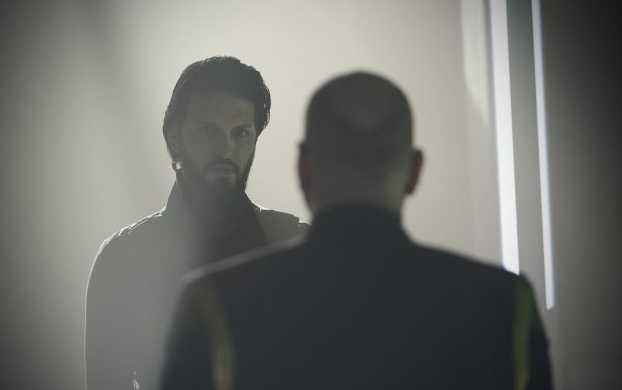 The spinoff series will see Tyler and Captain Georgiou rebuild Section 31 as the underground, paramilitary organisation we all loved to hate in 'Deep Space Nine' and will follow them as it shifts to that idea.

There's no word yet on when that series will arrive, but work is already underway.

SO, WHO WILL BE CAPTAIN OF THE USS DISCOVERY IN THE THIRD SEASON?

That's a good question. We don't know, and by the looks of it, neither does Alex Kurtzman. Obviously, we know that Pike didn't go with them, and Lorca - the original captain from the first season - is also out of the way.

They're 950 years in the future, so you won't see Captain Picard or Captain Janeway rock up and suddenly take the chair away from them. No, the most likely outcome is that it'll either be Saru or Burnham in the hotseat from now on.

WHEN DOES THE THIRD SEASON START?

There's been no official word yet, but seeing as how the second season kicked off in January of this year, our guess is that it'll probably be the same time in 2020.

'The Shrink Next Door' trailer stars Will Ferrell, Paul Rudd as therapist and patient