We got the lowdown on what to expect from Disney+'s upcoming new drama series, based on the Tom Wolfe novel of the same name from 1979 which documents the lives of seven real-life men selected for NASA's space program in 1959.

With plenty of backstory and material to work off of - including the 1983 movie - 'The Right Stuff' is a new television series from the National Geographic aiming to document the incredible journey America's first "reality TV stars" had on their journey into space. The Mercury 7 were a group of former airforce pilots chosen to be the first group of US astronauts to be launched outside of Earth.

The series will debut on Disney+ later this month and stars Irish actor Colin O'Donoghue, as well as Patrick J. Adams ('Suits'), Jake McDorman ('What We Do In The Shadows'), and Eloise Mumford ('50 Shades of Grey'). Mark Lafferty ('Tales from the Loop') and Jennifer Davisson ('The Revenant') serves as producers, alongside Leonardo DiCaprio.

First up, we asked Mark what made him want to tell this story once again. He said: "You know, this is a story that for me I had the book when I was in high school and read it again in college, and saw the movie growing up. It’s something that - space was always a part of my family. My dad was a pilot. And I learned to fly when I was in college.

"And at first I thought, 'Well, this story’s already been told. You know, I don't know if there's anything new here.' And in reading the book again, what I realized was, there's a whole dimension to these characters and these pilots, these families that hadn't really found its way to the screen yet. And that in really digging in deeper and giving ourselves, you know, eight episodes of a series rather than the more confined time of a film, we got the chance to really dig in and tell some of these stories that hadn't been told before on a more personal level, not on just a straight development of the actual rockets to space and the plot of it. I think a lot of people know that story, but this story, I think, is definitely a more personal story and that's what attracted me." 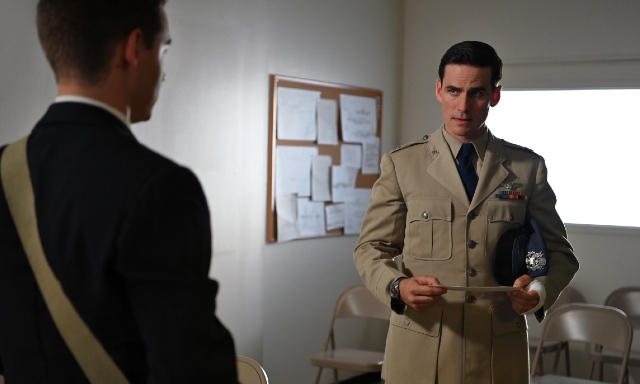 We asked Louth actor Colin O'Donoghue, who plays Gorgo in the series (and who is known for playing Captain Hook in Disney's 'Once Upon A Time' TV series), how it felt for him to play a real-life American hero, previously played by Dennis Quaid in the original movie. The actor told us: "Yeah, it was good. I'd seen the movie when I was a teenager and I loved it. And obviously, Dennis Quaid is incredible in it. And luckily for me, I sort of came in very, very late to the process so I didn't have time to think about if I was going to mess it up or not. So, I just sort of managed to get in and just do it.

"And you know also not wanting to compare the version of Gordo that we have in this show to the Gordo in the movie. But yeah, no it was an amazing experience. So, I really, really enjoyed it."

Eloise Mumford, who plays Gordo's wife Trudy, spoke of how important it is that the wives of these men finally have more of a central role involved in this series, compared to what we've seen before. She said: "One of the things that was really attractive to me about this project was reading the script and realizing that Mark Lafferty who wrote it and everyone else involved was deeply, deeply invested in telling the women’s stories. And not just as a monolith of 'the women' or 'the wives', but as individuals in the same way that men are allowed that individuality to give that same option to the women to be able to complex, interesting, diverse of thought and feeling and passion people.

"And so, I'm incredibly proud and excited that our show incorporates so much more of the female point of view than “The Right Stuff” has in the book and also in the film. And I think it is only to the benefit of the project. We all benefit when there's a diverse amount of storylines." 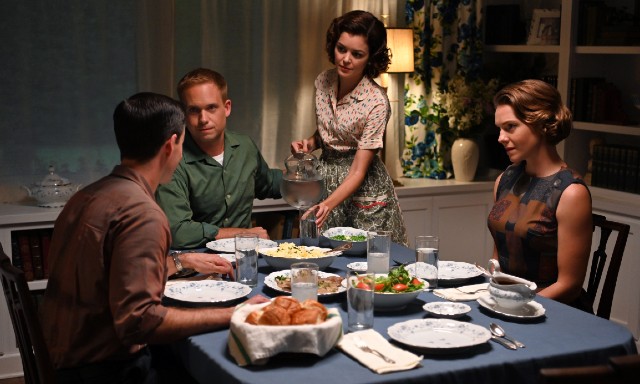 Finally, we finished off by asking what 'The Right Stuff' is for producer Mark Lafferty. He told us: "You know, there's kind of a thing that without everybody coming together, without the entire efforts of all the astronauts, the engineers and a nation that was willing and able to go along with this. I think that's something that kind of gets overlooked a lot in these endeavours is it takes, in a democratic society an electorate that is willing to get behind something like this.

"Like, that to me is actually as time moves on and as our lives get stranger and I think, you know, to be honest, a bit more complex, that seems to me now to come into a clearer view that that's the right stuff is a collective, is a society."