Here's what we thought of the last episodes of 'Bojack Horseman'

There'll be no more Horsin Around after this

The sixth and final season of 'Bojack Horseman' arrived on Netflix in two halves. Today, the second half and thus the final eight episodes of the series ever, land on Netflix.

In the first half of season 6, Bojack (Will Arnett) checked into rehab and in this round of episodes, he continues the process of pulling himself together and starting over. Again. He is sober, regularly attending AA meetings, and working as an acting professor at Hollyhock's (Aparna Nancherla) university. But relations with his sister are strained thanks to that cliffhanger revelation the last time we saw her.

Diane (Alison Brie) is now on medication and has settled into life with Guy (LaKeith Stanfield). A breakthrough in her writer's block comes but the results leave her dissatisfied. Princess Carolyn (Amy Sedaris) is on the up, busy back at work. She is alternately stressed out and on a high with the pace of her job. Todd (Aaron Paul) is in his element taking care of her baby Ruthie. Plus he has a girlfriend now in Maude (Echo Gillette). Mr Peanutbutter (Paul F. Tomkins) introduces his fiancee Pickles (Julia Chan) to new friend Joey Pogo (Hilary Swank), and you just know where that's going to go. 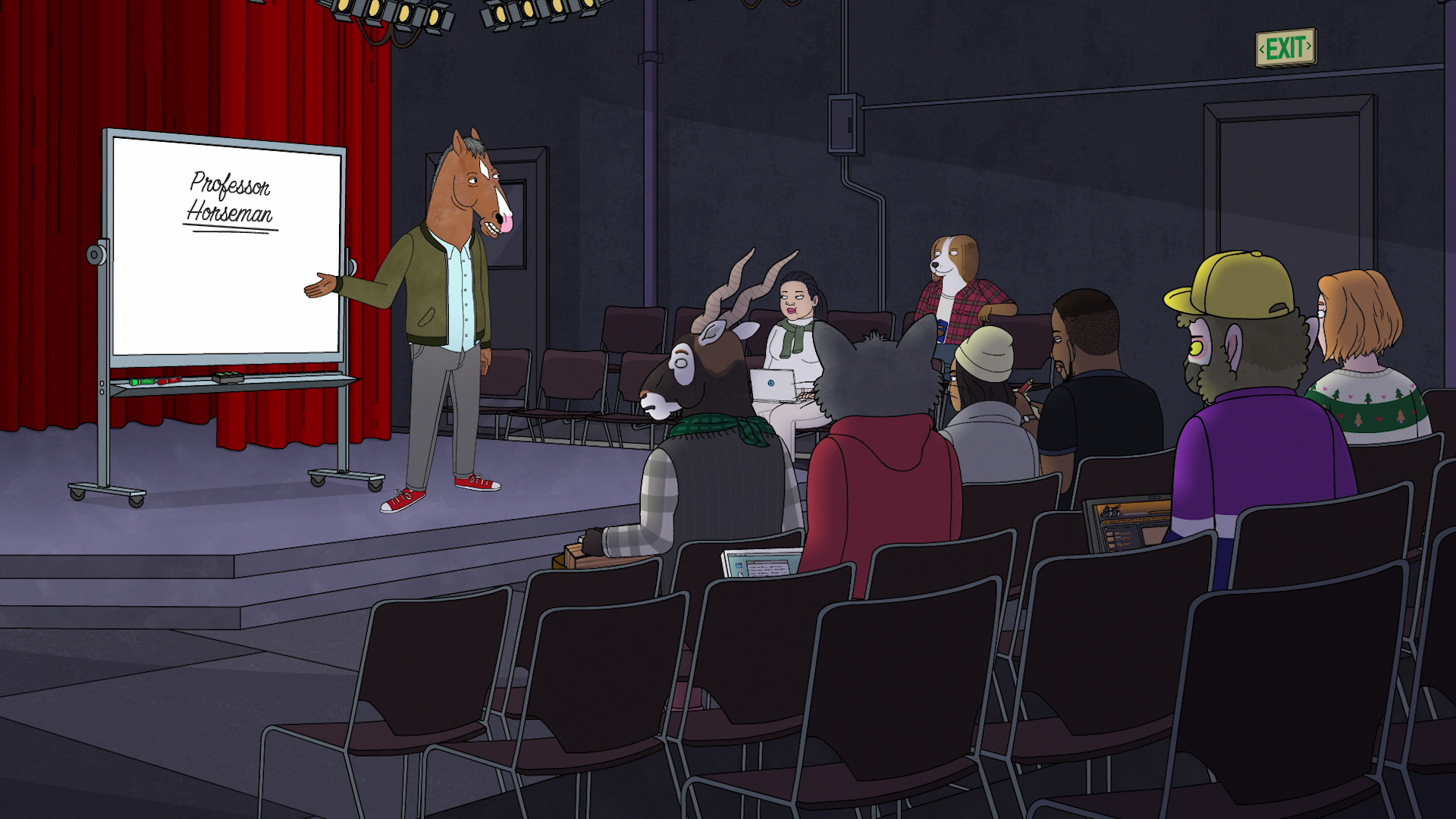 Mr's storyline is the only one that proves dissatisfying and anti-climactic. It feels like the writers forgot what to do with him. Every other major character who you've grown to love and care for, ends up exactly where they should be. Another annoying element to the final season is the inclusion of those 'His Girl Friday' reporters Paige Sinclair (Paget Brewster) and Maximilian Banks (Max Greenfield). They don't take up too much screen time but you never care for them or understand their purpose. I suppose at the very least their old school style of reporting contributes to the commentary on the role, and responsibility (if any), of the media in relation to celebrities. This is a theme that has run throughout 'Bojack Horseman' and comes to a head in these last episodes.

There are still plenty of those anthropomorphic jokes fans love, for example, when Princess Carolyn and Bojack are trying to coax a dog student to come to each of them; later, two rams looking at their phone walk down the street and manage to butt their heads, i.e. horns, together. There are also a couple of more experimental episodes, which 'Bojack Horseman' always excels at. As with previous efforts, they're fascinating and beautifully accomplished, offering a distinct insight into characters' perspectives (before, we had a deep-dive into Bojack and his mother's heads; and these proved two of the best episodes in the entire series). There are little details in the background that make you laugh or devastate you. At one point, Bojack writes all the bad things he's done on a whiteboard, with Todd quietly adding the times he's been betrayed by Bojack as Bojack rants in the foreground. 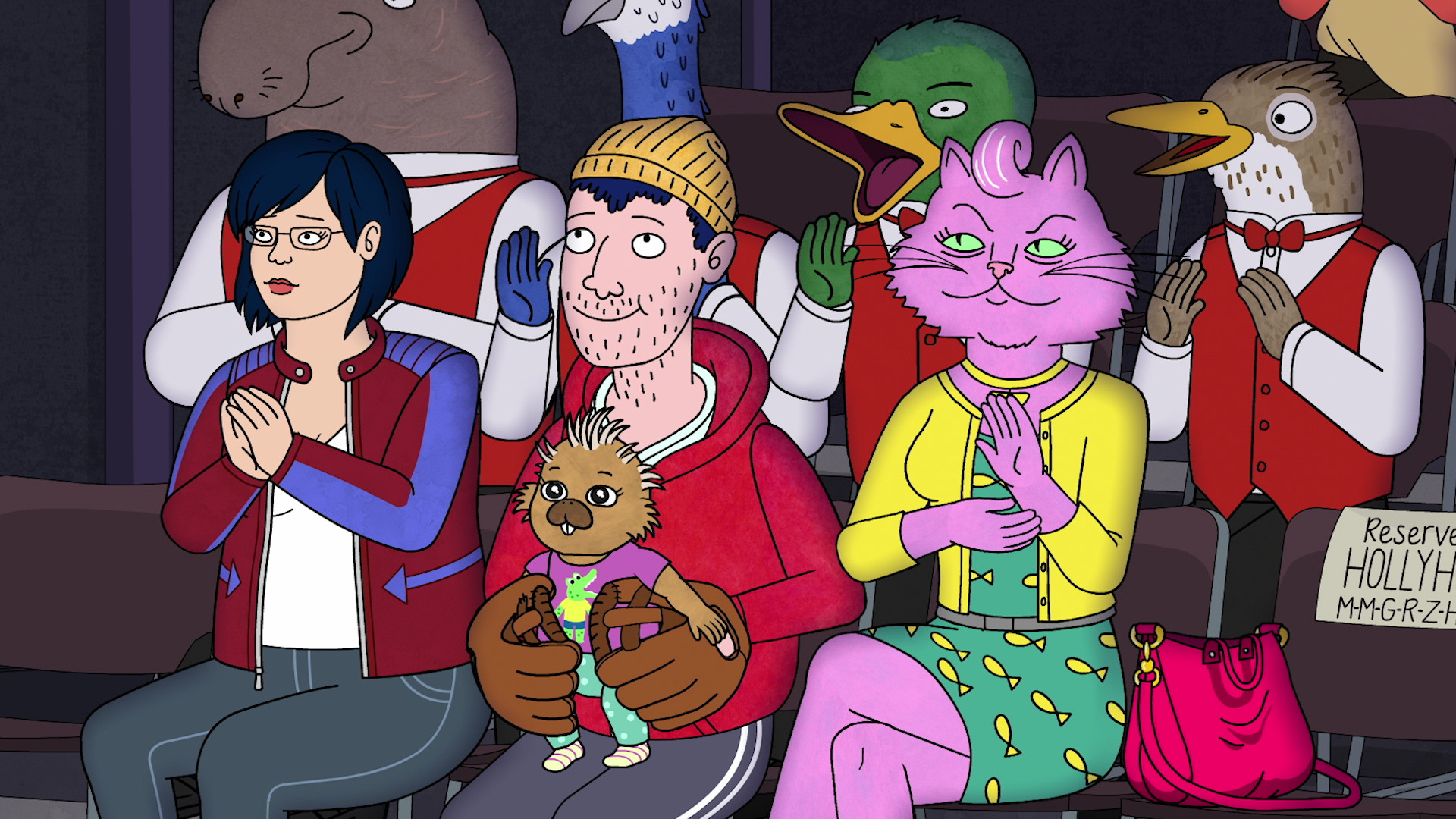 And as the tragicomic series has continuously done, it poses tough questions. The viewer is confronted with the notion of whether people deserve a second chance, a third, and a fourth. And at what point have you been tried enough fresh starts? Such questions are all the more difficult in this #metoo era, and 'Bojack Horseman' never relents on challenging the extent of the viewer's empathy. The series' examination of mental health and happiness is also incisive as ultimately, really, all the characters (aside from Todd) are affected by it. All find their own means to cope and find their own path.

'Bojack Horseman' doesn't pretend to have all the answers, it never promised to have it all figured out. It's not an easy watch. But the conclusion feels right.

'Sweet Tooth' is getting another season at Netflix