BURN IT WITH FIRE

Design work is a process of trial and error.

You have to keep coming up with ideas to see what works, what doesn't, and build on that until you arrive at something resembling what you're after. Writers go through drafts, engineers make prototypes, and artists make sketches before they paint or sculpt.

For character design, you're given a brief and out of that comes variations on an idea before we get what we all see. Baby Yoda, for example, was the result of several attempts at trying to understand what a child-like version of Master Yoda would look like.

Here's one such failed attempt. 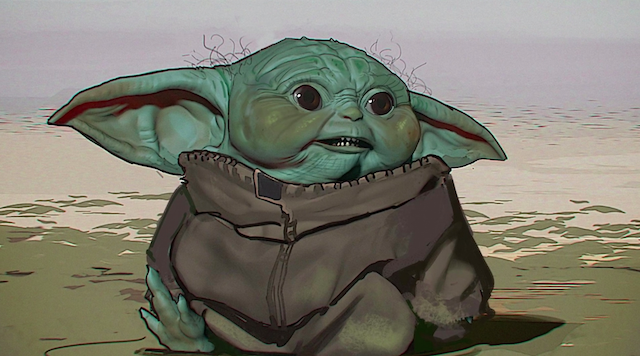 Naturally enough, the process is going to involve some false starts, one of which results in a creature that has the potential to haunt your dreams keep you up at night. Is it the teeth? Is it the straggly ball hair coming from his ears? Is it the lack of life in his coal-black eyes? Whatever it is, that thing needs to be shoved out of an airlock so it can't infect anyone.

And some of them looked like they appear at the end of your bed and attempt to eat your toes.

Will Arnett's 'Murderville' looks like it'll be a gas watch