Aran jumpers exist in the 'Star Wars' universe, thanks to 'The Mandalorian'

When it comes to sci-fi and pop culture, Ireland has had some strange connections over the years.

The legendary sci-fi author Harry Harrison lived in Ireland in his final years. John Boorman's trippy AF sci-fi classic 'Zardoz' (the one with Sean Connery in a red nappy) was filmed in Wicklow, as was the fantasy epic 'Excalibur'. Indeed, Ireland and 'Star Wars' have become linked in recent years due to the island of Skellig Michael doubling for Ahch-To, the planet where Luke Skywalker hid from the galaxy in 'The Force Awakens' and 'The Last Jedi'.

Now, however, that link has gone one step further. Aran jumpers, famous for their robust warming abilities and worn by fishermen, tourists, and by sad sack singer-songwriters across our nation, are now a thing in the 'Star Wars' universe.

In the most recent episode of 'The Mandalorian', the Razorcrest - that's the ship belonging to the titular character - is making a crash landing on the planet Trask. As his ship slowly descends to a landing platform, we see a Mon Calamari - that's the people who sort of look like fish - watching the whole thing unfold. Here's a screenshot of the guy. 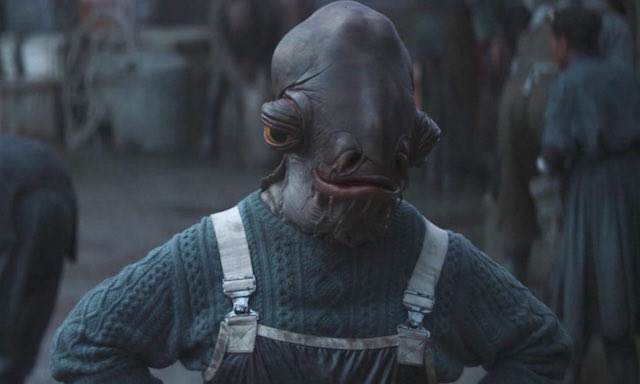 Computer, zoom in on that jumper and highlight those patterns. 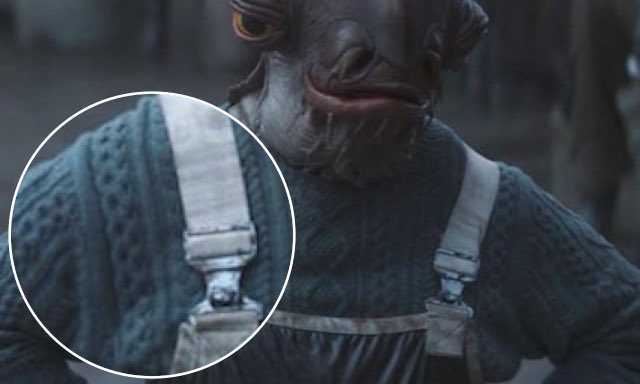 That's an Aran jumper right there, folks. No doubt about it - we can feel the itchiness from here. So, can we take it as canon that Aran knitwear has made it to a galaxy far, far away? Well, obviously, 'Star Wars' has a history of co-opting things and not recognising where they came from. After all, the giant krayt dragon from the first episode of this very season of 'The Mandalorian' was pilfered straight from the pages of Frank Herbert's 'Dune'.

Odds are, of course, that the production designers and costumers simply Googled 'fishermen' and came back with this, as fishermen have been wearing these jumpers for decades and are synonymous with them. Still, it's pretty cool to see a litle bit of Irishness creep into 'Star Wars' beyond Skellig Michael.

You can read our review of this week's episode of 'The Mandalorian' right here.

11 escapist movie recommendations you can watch on demand right now