There are precious few sci-fi shows out there that have the courage to as full-tilt as 'Altered Carbon' does.

So often is the case that they have sublimate the pulpy genre with high-brow themes about identity, social structure, gender politics, and so forth without any acknowledgement of where it came from. It's not a bad thing, as sci-fi has always been about addressing the now by shooting forward to the future. 'Altered Carbon', in some respect, does address themes and issues that plague us now, but really, it's more about how we haven't figured out these problems than anything else.

The first season preoccupied itself with setting up the convoluted world and the unusual aspects of it. Humans can technically live forever - by transferring their consciousness into a brand-new body via a small disc implanted in their spine. This process came about in order to allow for deep-space exploration, as humanity has left Earth behind for good. Yet, in spite of travelling to the furthest reaches of space, there are still despicably rich assholes who control everything.

The plot of the second season concerns itself with the main character, Takeshi Kovacs - previously played by Joel Kinnaman, now played by Anthony Mackie - as he attempts to save his true love, Quellchrist Falconer, from a tormented mind that sees her murdering the rulers of an uber-capitalist planet. Aiding him in the quest is an AI that looks and sounds like Edgar Allan Poe, a lesbian bounty hunter with implants in her hair, and the ability to have guns automatically fly into his hands whenever he wants.

Again, 'Altered Carbon' grapples with societal issues of the day, but it does while baldly coming up with some clunky dialogue, gorgeous visuals and some very well-shot action sequences. The opening episodes do feel sluggish, particularly if you're trying to familiarise yourself with the series once again. There really is that much density to it that you're often left checking notes just to keep up with everything.

By the third and fourth episode, however, you're in the groove and the story begins to tighten itself up rather than getting looser as so often happens when sci-fi shows get over the initial information dump.

Mackie is a fascinating choice as Takeshi Kovacs, imbuing with a real sense of rage and romance, but never once letting it slip into ridiculousness. Likewise, Simone Missick is perfectly cast against him as the cynical lesbian bounty hunter Tripp, counterbalancing his earnestness easily. German actor Torben Liebrecht gives good glowering as the main antagonist, Col. Carrera, while 'Power' alum Lela Loren does the business as business-y business person Danica Harlan. 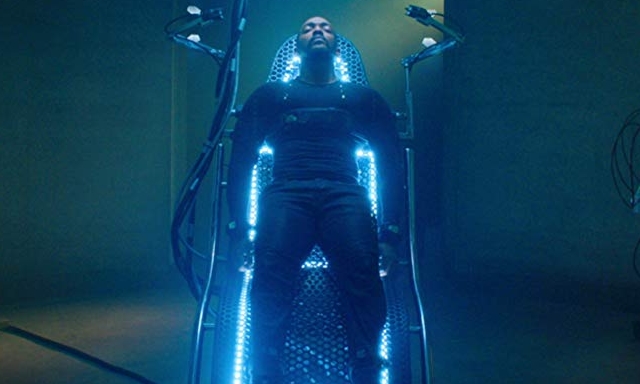 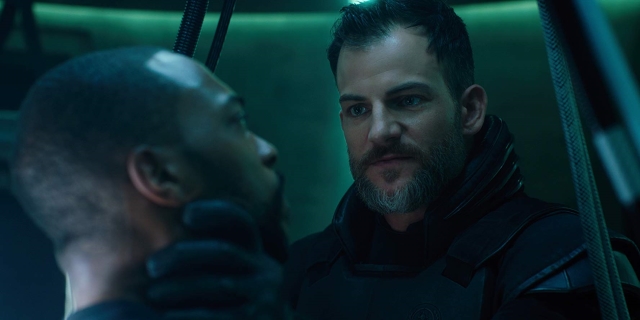 'Altered Carbon' plays with archetypes and acknowledges its debt to cyberpunk tropes throughout, but it does so without trying to pass itself off as unique. If anything, it's that layering of familiarity that makes it so compelling. For a series set in the far-flung future, the characters and the setting rely on the faded memories of Earth to sustain themselves in the weirdness. We, the audience, are in the same boat. We need something familiar to latch on to, and the writing throughout the series is smart enough to recognise that fact.

It's not without its issues, and some of the acting and writing does get very trite in places, but by and large, 'Altered Carbon' Season 2 proves itself to be an intriguing, entertaining dive into pulpy cyberpunk silliness.

'Tom Clancy's Without Remorse' starring Michael B. Jordan gets trailer

Disney+ review: 'Love in the Time of Corona' is cheesy nonsense