Quite simply, the best 'Assassin's Creed' game to date.

'Assassin's Creed Vahalla' is the most ambitious game of the series. To some, this might be a red flag.

The previous games have been ambitious too, filled with tiny progressions and infinite side quests to the point of becoming over-encumbering grind-fests. But this time round a mix of refined gameplay, narrative restraint, and good old fashioned fun means that Ubisoft has earned the right to declare 'Assassin's Creed Valhalla' the best of the series.

You take control of Eivor, a plucky Viking sent from their home to gain a foothold in England. Like 'Assassin's Creed Odyssey' before it, our protagonist can be played either as male or female. This time the game switches between the two but it's not as often or as jarring as some fear, with the entire start of the game seen through lady-Eivor's eyes. She's as fun, brutal, and witty as Kassandra was, with the authentic Norwegian casting really selling the character's realism. This is all helped too by the fact that the story and cutscenes in this game finally feel thrilling. 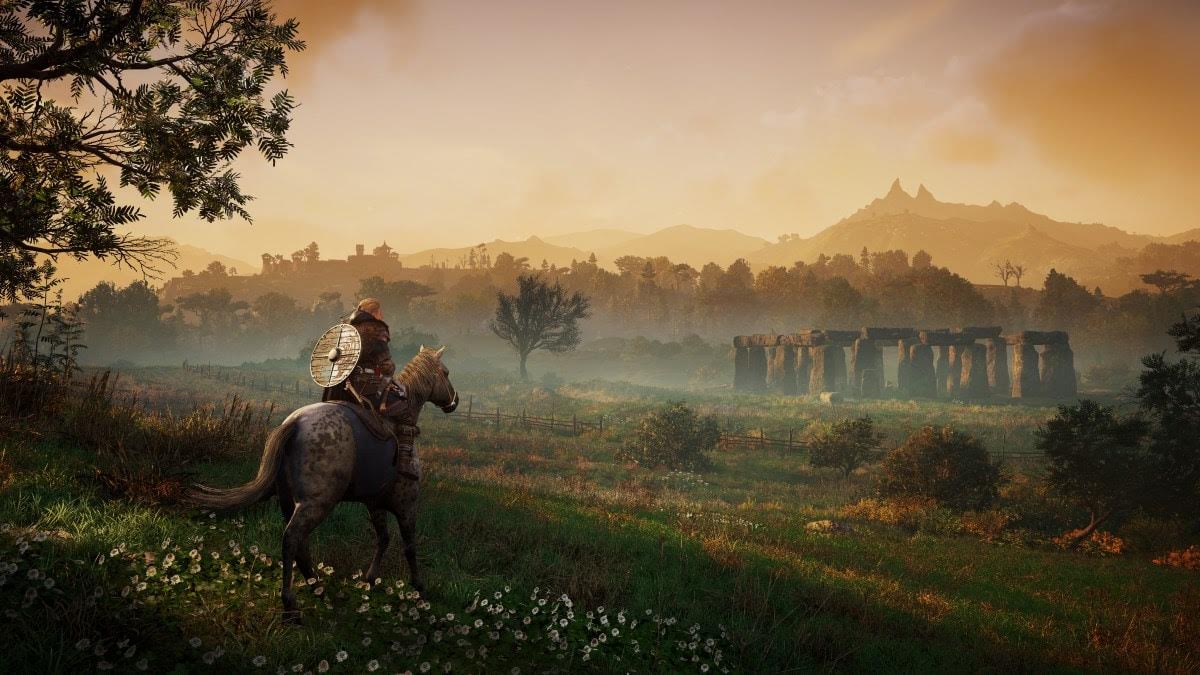 Ubisoft clearly took some of the criticism 'Odyssey' received on board. While the quantity of quests and explorations is still vast, 'Valhalla' streamlines this experience into a more impactful narrative - closer to the structure of something like 'Metal Gear Solid V: The Phantom Pain' or 'Breath of The Wild'. The opening cutscenes establish the intense world of Viking raids, and later when you happen upon side quests and random encounters, it doesn't feel forced or slow.

I was able to play the game on the new Xbox Series X (You can check out the shiny new Console Review here) and let me tell you - the visuals are stunning. Enhanced by the new hardware, the hills and rivers look so realistic and the lighting is insanely pleasing to the eye. Somehow. Ubisoft has actually made England look more beautiful than Greece or Egypt. At times, I had to pause where I was in a quest to stare out over the horizon because I thought it looked, quite frankly, breathtaking. This is all made better by the vastly reduced loading times offered by the next generation of consoles. You can Fast Travel between any locations you've been to in a matter of seconds, so you're never pulled out of the fun.

Combat is much improved this time out. The new dual-wielding system allows you to designate any weapon or shield to either hand, and I had loads of fun switching between the fighting styles offered by a single light axe or a heavier two-handed weapon. The ruthless Viking style of fighting is brought to life with all manner of new gory animations, and you really feel the weight of each of the hits as you hack at an enemy. It was enough to make me wince. That's class. Archery is especially fun too, with a single satisfying shot often enough to take an enemy down. In fact, all the aggressive parts of this game feel brilliant.

The hallmarks of an 'Assassin's Creed' game are still here. You can hunt Legendary Animals, sell your items to traders, synchronise viewpoints across the map, improve your gear and so on. But you don't need to be familiar with previous games in the series to enjoy the best aspect of it - feeling what it's like to be a Viking. At the end of the day, this game is about bashing in skulls, and it benefits from not taking itself too seriously. While the quantity of missions on offer can still be daunting, 'Valhalla' has done away with the anxiety-enducing nature of it to create something you actually want to play and return to.

The series has continued its move away from stealthy infiltration towards full-on RPG, but it finally feels right. It's full to the brim with all these different progression systems, but it shines because it's all more cohesive than ever. Ubisoft hasn't always found the balance on this in the past, but the impressive way they position everything in 'Valhalla' makes this the best 'Assassin's Creed' game to date.

There's more content on its way next year too, including DLC content set in Ireland. Finally, 'Assassin's Creed' comes to Dublin! It's just a shame you're not playing as some kind of Easter Rising Assassin working your way across 1916 Dublin, but we live in hope.

'Cyberpunk 2077' gets two new trailers, including one with Keanu Reeves' character