'Anthem' is yet another example of flat, unoriginal storytelling gussied up with graphics and endless, boring action.

It's hard to know exactly where and when videogames - which often cost upwards of €70 - had the right to be this predictable, boring and flat.

It's not that 'Anthem' is an awful game, or even that it's unplayable. Quite the opposite, in fact. It's a perfectly fine game that works well enough (aside from some seriously long loading times), has action and plot in the expected places, and trundles along a reasonably familiar story. Is that worth paying €70 for?

'Anthem' comes to market in a time when open-world RPGs like 'Red Dead Redemption 2' and even last generation's 'Elder Scrolls V: Skyrim' are redefining how we look at videogames as a storytelling device. What 'Anthem' doesn't have is anything remotely original to offer. The whole time you're playing it, there is nothing in it that doesn't feel familiar. It's 'Destiny 2' in terms of its character design. The mission layout feels similar to 'The Division'. The changing planet looks vaguely like 'Horizon: Zero Dawn'.

You take on missions, to get better loot, so you can take on bigger missions, to get better loot. Again, that's describing probably 90% of open-world action RPGs game nowadays, and criticising it might feel redundant, but there is nothing in 'Anthem' that is in any way innovative, unique or compelling enough to convince you to grind hours away on missions and scavenging for loot. 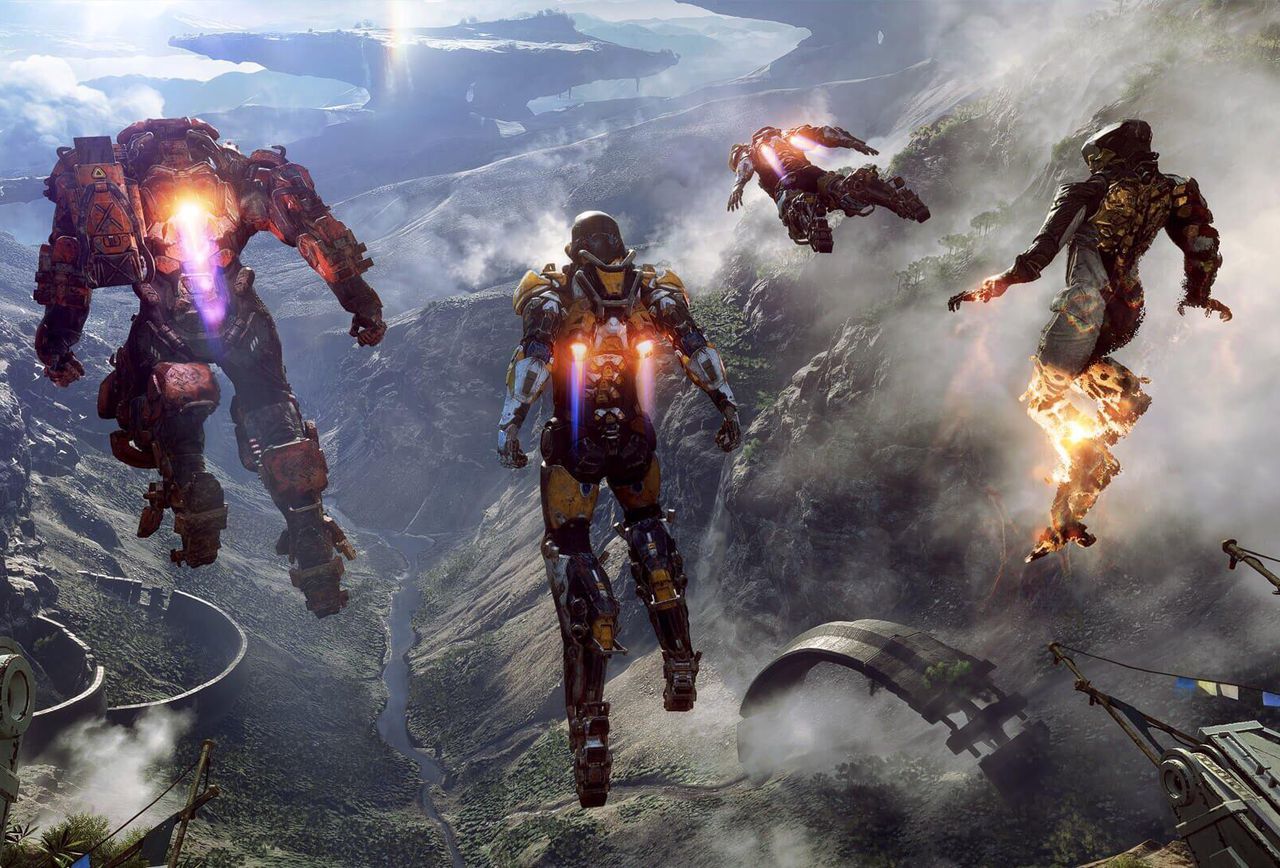 The four Javelin classes in 'Anthem'

The story is barely comprehensible, and the achingly self-serious narration at the start, and the cutscenes that follow through it, barely make any kind of impact when you're playing. You're often just skipping past them in order to get to the action. By then, the action becomes so rote that it just ultimately falls flat. That 'Anthem' was made by BioWare - which shares a history with 'Mass Effect', one of the best sci-fi RPGs ever made - tells you that not only has it fallen from its pedestal, but that it did so willingly.

The four javelin classes - Interceptor, Ranger, Colossus, and Storm - work exactly like hundreds of previous shooter classes. Ranger is the all-rounder. Interceptor is the acrobat / flyer. Colossus is the tank. Storm is the mage. You can pick up new guns and gear, and some of the flight moments are pretty special, but so what? Once your javelin lands on the ground, it's more shoot-reload-shoot-cover-shoot-reload action until you and the four people you're being forced to play with eventually triumph - all so you can continue the endless cycle of shooting and looting.

While the first day's patch has cleared up some of the technical problems with 'Anthem', the systemic ones in the game's core playability aren't going to be fixed any time soon.

Ultimately, 'Anthem' is a game you've played about three or four years ago with marginally better graphics. If you've got €70 to throw away on it, then enjoy in good health.

US military allowed to continue recruiting teenagers through Twitch

'Cuphead' is finally available on PS4