Two new posters for 'Doctor Sleep' have been revealed, and one of them looks very familiar

If you're starting to get very excited by the imminent release of 'Doctor Sleep', the new promo posters may just tip you over the edge.

One of them certainly looks extremely familiar. It pays direct homage to both that famous bathroom scene in 'The Shining', and the original poster that was designed by Saul Bass.

Ewan McGregor takes Jack Nicholson's place in the new version of the poster; McGregor will, of course, play the grown-up Danny Torrance in the sequel to Stanley Kubrick's 1980 classic.

The second poster, meanwhile, alludes to the Overlook Hotel's ominous blood-washed corridor which Danny peddles down on his trike.

'Doctor Sleep' is released in Ireland on October 31st. 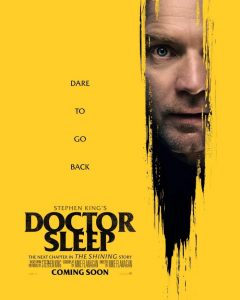 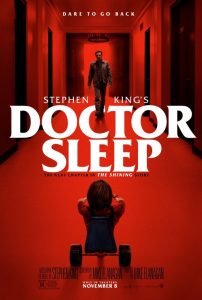 Don't be surprised if 'Tenet' is pushed back again

There's a documentary on the way about Pepe the Frog

Viola Davis believes she "betrayed herself" starring in 'The Help'