Title of new 'Ghostbusters' sequel has been confirmed

Who you gonna call?

'Ghostbusters' 2020 now has its official title and a trailer is imminent.

The much-anticipated sequel, which comes as a follow up to 1989's 'Ghostbusters II' is set to be called 'Ghostbusters: Afterlife'.

Ivan Reitman, the director of the first two 'Ghostbuster' movies, is returning as a producer while his son Jason Reitman will direct.

Yesterday the British Board of Film Classification (BBFC) gave the first trailer an age rating, which means you can expect it to land very soon. 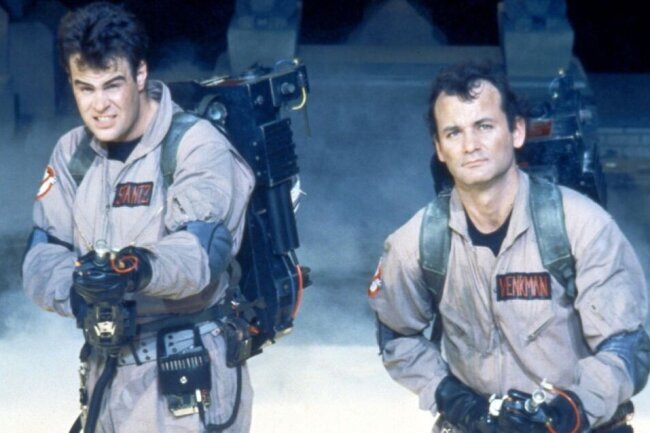 Dan Ackroyd and Bill Murray in the original 'Ghostbusters' movie.

Director Jason Reitman announced that the film had wrapped with a selfie featuring himself, his father Ivan Reitman and cast members Carrie Coon, Finn Wolfhard, Mckenna Grace and Logan Kim.

The plot is still a tightly kept secret but it was rumoured the sequel would have a teen cast. More will no doubt be revealed in the upcoming trailer.

'Ghostbusters: Afterlife' will arrive in cinemas on July 10 2020.