New poster for 'The Rise of Skywalker' debuts, along with new footage details

As ever with JJ Abrams and 'The Rise of Skywalker', details are frustratingly light on the ground and almost always through third parties.

While a new poster has made its way online, the footage shown at this year's D23 Expo remains off-line and only available either through ropey recordings or tweet threads from the people actually in the room as it debuted.

Let's start off with the poster, which looks pretty damn smashing to say the least. 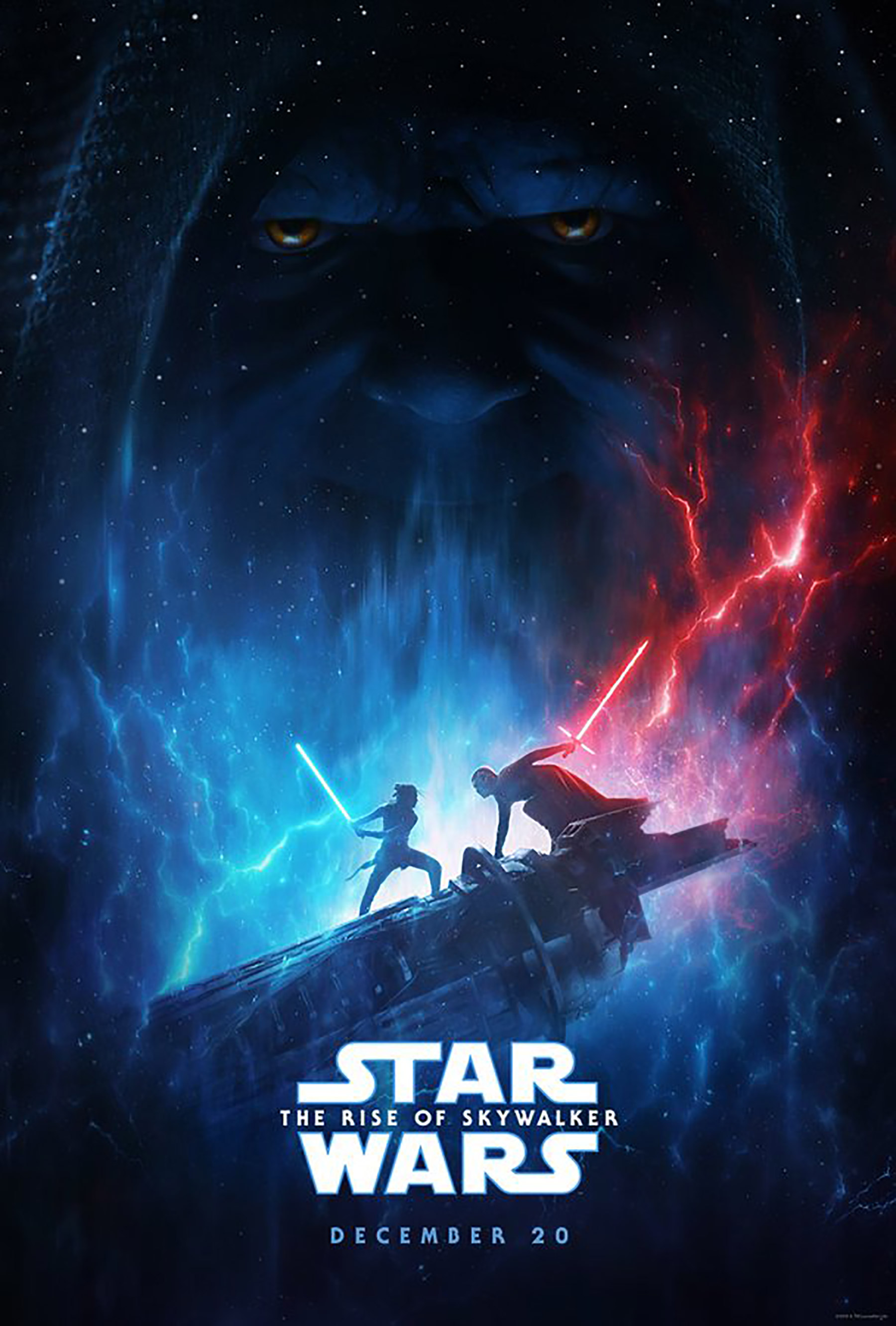 The new poster for 'Star Wars: The Rise of Skywalker'

So, on to the footage. From what we gather online and said ropey-looking records, there was a blast of different scenes - some already in the trailer, some brand new - but the big takeaway and the point that all of them seem to focus in on is the final image - Rey, dressed in black robes, holding a double-bladed lightsaber like Darth Maul from 'The Phantom Menace'.

The likelihood is that the scene is in there as a fake-out, that she's having some kind of vision of an evil version of herself and that she has to face it - similar to how Luke Skywalker had to face an apparition of Darth Vader (that was actually Luke Skywalker underneath) in 'The Empire Strikes Back'.

According to sources speaking to EW, behind-the-scenes footage from 'The Rise of Skywalker' will go online on Monday, but not the footage or sizzle reel shown at D23 this weekend. It's frustrating, to say the least, as people are clearly eager to see what's in store for the movie.

All signs point to another trailer some time before the end of September, as the movie's release date of December 18th means it'll be three months out from it.