New 'The LEGO Movie 2' trailer is on YouTube, watch the first one for free

Black Friday is just around the corner, and we don't know if we can deal with the pressure just yet. Every website known to man will be slicing deals this Friday (if they haven't already started). And this year, it even includes streaming giant YouTube. That's right, with the release of the new trailer for 'The LEGO Movie 2: The Second Part,' Warner Bros. and YouTube have joined forces to allow viewers to stream the first movie for free.

This Black Friday only, if you watch the trailer for 'The LEGO Movie 2,' just click on the advertisement for 'The LEGO Movie' to the right, and you can watch the full movie, ad-free. The partnership is to get people interested in the new Chris Pratt animation sequel, which will release in February.

The new trailer for 'The LEGO Movie 2' sees Pratt and Elizabeth Banks return to a world where "Once everything was awesome, now everything is bleak." Pratt, as well as voicing returning star Emmet Brickowski, will also voice his new sidekick Rex Dangervest, albeit with a deeper, more swashbuckling voice. Tiffany Haddish is playing the baddie this time around, the shapeshifting Queen Watevra Wa-Nabi. Get it? 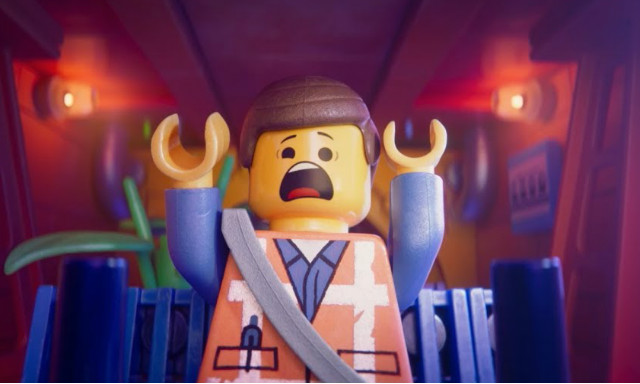 Emmet in the second trailer for 'The LEGO Movie 2'

The official synopsis of the movie is as follows; "It’s been five years since everything was awesome and the citizens are facing a huge new threat. LEGO DUPLO® invaders from outer space, wrecking everything faster than they can rebuild.

"The battle to defeat them and restore harmony to the LEGO universe will take Emmet, Lucy, Batman and their friends to faraway, unexplored worlds, including a strange galaxy where everything is a musical. It will test their courage, creativity and Master Building skills, and reveal just how special they really are."

'The LEGO Movie 2: The Second Part' will arrive in Irish cinemas on Friday, 8th February 2019.