Whitney Houston wasn't actually on the poster for 'The Bodyguard'

When it comes to movie posters, 1992's 'The Bodyguard' is up there as one of the most memorable.

It's been parodied before, with the likes of 'The Hitman's Bodyguard', and it's become synonymous with Whitney Houston and Kevin Costner's careers since then. Yet, there's been something up with the poster for years that's only just now come to light, almost 27 years after the fact.

That's not Whitney Houston in the poster at all. 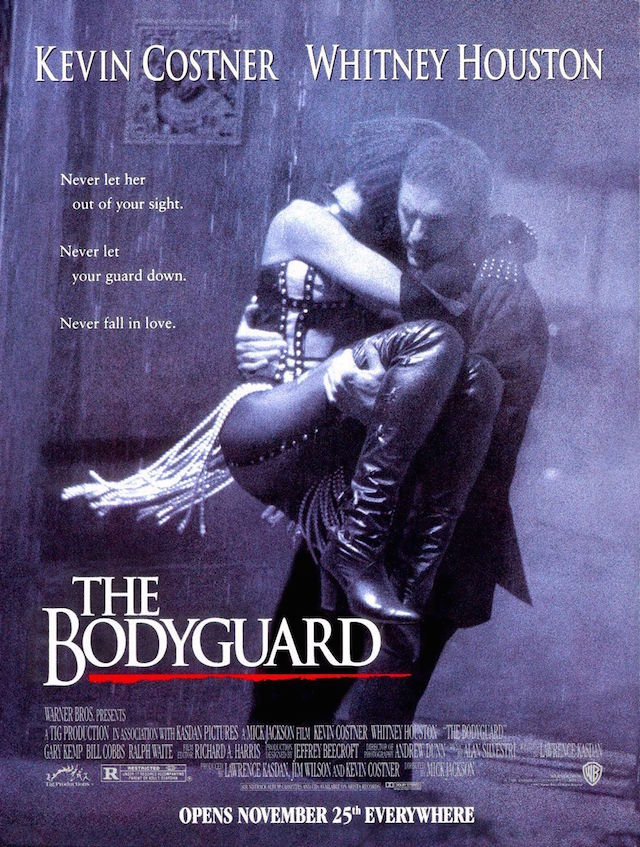 Speaking to EW, Costner revealed that Houston had gone home by the time the poster was shot. "She had gone home and that was her double, and her head was buried into my shoulder, which was appropriate anyway. She was frightened," Costner explained, who actually picked the photo that became the poster.

"I picked that picture out because my friend Ben Glass took it… I sent it to Warner Brothers and I go, ‘There’s the poster.’ Because it was so evocative. It wasn’t special photography; it wasn’t anything."

'The Bodyguard' went on to become a smash hit, with Houston and Costner remaining friends up until her death in 2012. The song used in the movie, a cover of Dolly Parton's 'I Will Always Love You', holds the record for the best-selling single by a woman of all time.

As well as this, 'The Bodyguard' went on to become a huge commercial success, garnering over $411 million at the box office alone, with its soundtrack becoming the best-selling soundtrack of all time as well.

3 roles of Elisabeth Moss & how they speak to the zeitgeist