The Academic takeover: Our favourite movie soundtracks of all time

From 'The Empire Strikes Back' to 'The Perks of Being a Wallflower' and 'Goodfellas', we have some killer choices in store for you.

Hello entertainment.ie readers, it's Craig, Stephen, Dean, and Matt from your friendly neighbourhood band The Academic here. In case you hadn't noticed, we're taking over the website for a whole day with our takeover, writing articles, quizzes, and having a laugh on social media. And when it came down to culminating our favourite movie soundtracks for a listicle, as you can see below, our opinions tend to vary quite a bit (we only managed to agree on one soundtrack that all of us liked). 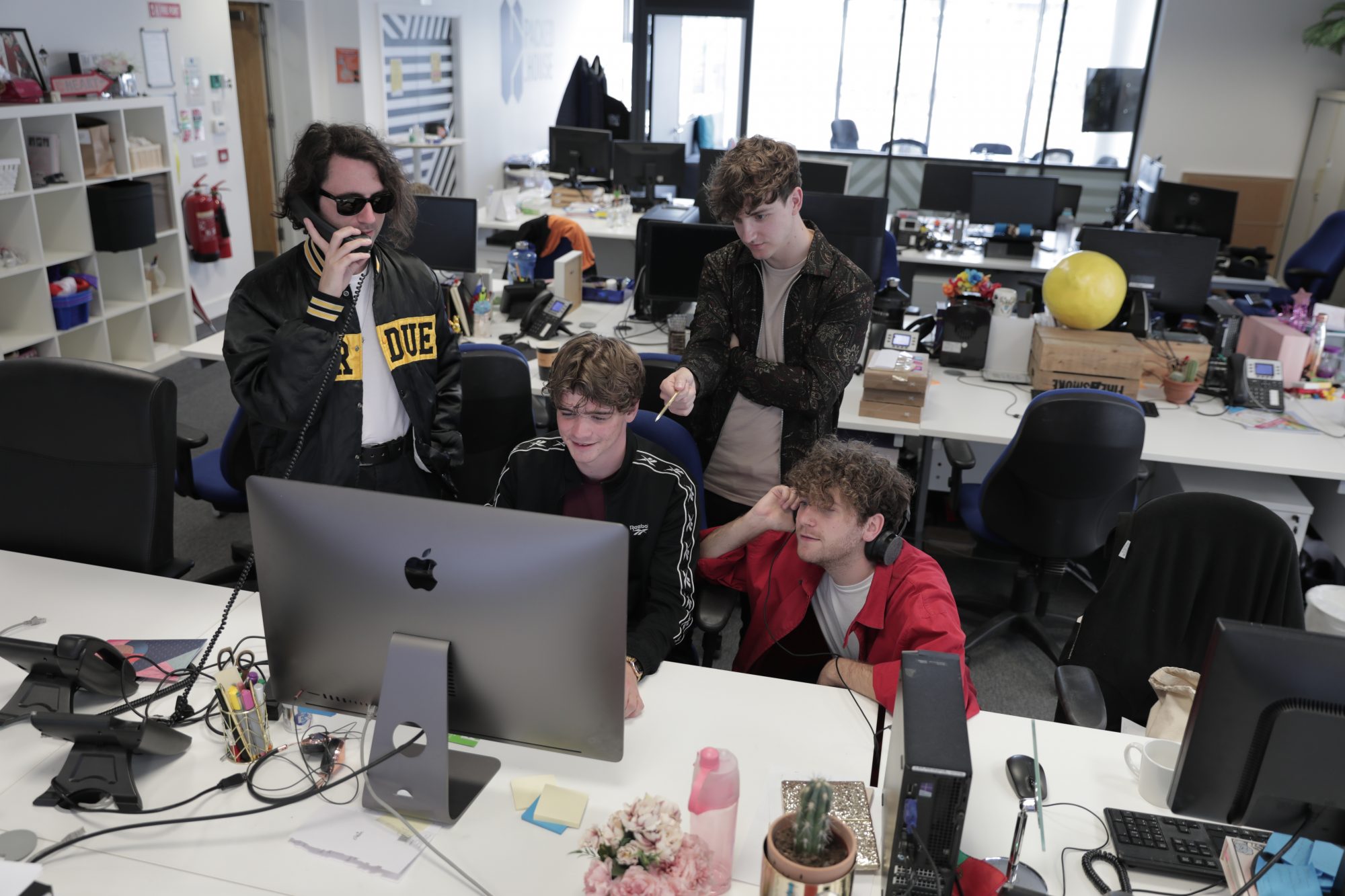 Us working away in the entertainment.ie offices

However, that's not to say that each of our picks isn't a quality choice - it just means something very special to each of us. So, prepare yourselves for some solid movie choices that we love the soundtracks of - and we hope you like them too!

Stephen Murtagh - We all love everything about the 'Goodfellas' movie and its soundtrack is pretty iconic, with everything from The Ronettes to Cream. We're always quoting this film to each-other all the time too.

Matt Murtagh - 'Goodfellas' just reminds me of being a teenager, and I remember being completely obsessed with the soundtrack growing up.

Craig Fitzgerald - This film opened me up to a lot of hidden Motown gems like Aretha Franklin and The Harptones.

Dean Gavin - An amazing soundtrack that instantly immerses you into the era of the movie. Any soundtrack with Tony Bennett is already a classic in my opinion.

Stephen - Everyone in the band knows that I’ve seen 'Dazed and Confused' about 15 times. We all like Richard Linklater, and quote it all the time. Hilarious, with a classic rock soundtrack.

Craig - This movie reminds me of the end of school, which is a quintessential moment in everyone's life really.

Dean - Definitely a fine time for music, this movie has some of the greatest songs of the early '70s on there.

Stephen - 'Pretty in Pink' is the perfect '80s soundtrack. New Order, Echo & The Bunnymen, The Smiths, all of which have been highly influential to The Academic.

Craig - John Hughes knew what was good about the '80s, creating a great movie as well as a killer soundtrack to go along with it.

'The Perks of Being a Wallflower'

Craig - I really wish 'Come on Eileen' was played at my Debs too. A cracking book, movie, and soundtrack.

Stephen - One of the top three movies of all time for me. With Simon and Garfunkel on the soundtrack... Just perfection. Oh, and my dream car is the 66 Alfa Romeo spider from the end, in case you wanted to know.

Stephen - The best George Lucas film (I know Matthew will disagree and still say 'Star Wars'). The film and its soundtrack act as a perfect insight into early rock in America pre-The Beatles. Outrageously cool.

'The Empire Strikes Back'

Stephen - I love Mark Knopfler and these are some of his best instrumentals. I'm not sure if any of the other lads have seen 'Local Hero' though, but I love it.

Craig - Come on now, who doesn’t have a crush on Patrick Swayze? As well as all of that dancing, he even sings on 'She's Like the Wind'. Absolute gold.

Stephen - I was obsessed with Wes Anderson around the age of 16, and this movie acted as an early introduction to the likes of Van Morrison, Rolling Stones and The Velvet Underground.

Head over to entertainment.ie and our Instagram page to see the rest of The Academic takeover. The Academic's new EP 'Acting My Age' is available now.

Gary Oldman and NBCUniversal are being sued for 'Darkest Hour'