The pair worked together on 'The Hateful Eight.'

'Playboy' magazine in Germany is defending a recent story published about Ennio Morricone. In the piece, the iconic Italian composer called Tarantino a "cretin" and deemed his movies "trash".

On the other hand, Morricone says that he never spoke to 'Playboy' and that the publication fabricated his comments about the director.

Hubert Burda Media, the publishing group which owns 'Playboy' in Germany, has defended the published item.

In a statement, the company said that the interview occurred on June 30th, 2018, at Morricone's estate in Rome.

The statement continued: “The interview, about the concert organizer Semmel Concerts, which was also present at the interview, had been agreed to with German Playboy. We also cannot understand that parts of the published statements were apparently not found to have been accurate.” 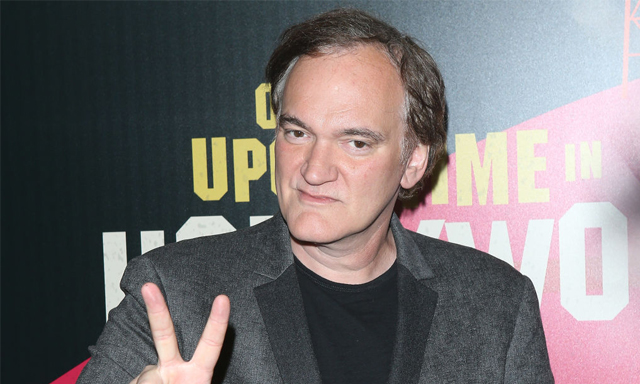 The Q&A was hosted by music journalist Marcel Anders and appeared in 'Playboy's December issue. The story’s German headline loosely translates as “Quentin Tarantino Can Kiss My Ass.”

“The man is a cretin. He only steals from others and puts that stuff together in a new way. None of that is original,” Playboy's article quotes Morricone. “He is not a director.

“Meaning you can’t compare him to Hollywood greats like John Huston, Alfred Hitchcock or Billy Wilder. Those were great. Tarantino only recycles old stuff.”

Morricone says that he never gave the interview. Furthermore, he has instructed his lawyers to take legal action against 'Playboy'.

“This is totally false,” the composer says of the remarks attributed to him. He added that he had previously made clear he considered Tarantino “one of the greatest directors of this time.”

Morricone won an Oscar for Best Original Score as a result of his work on 'The Hateful Eight'.